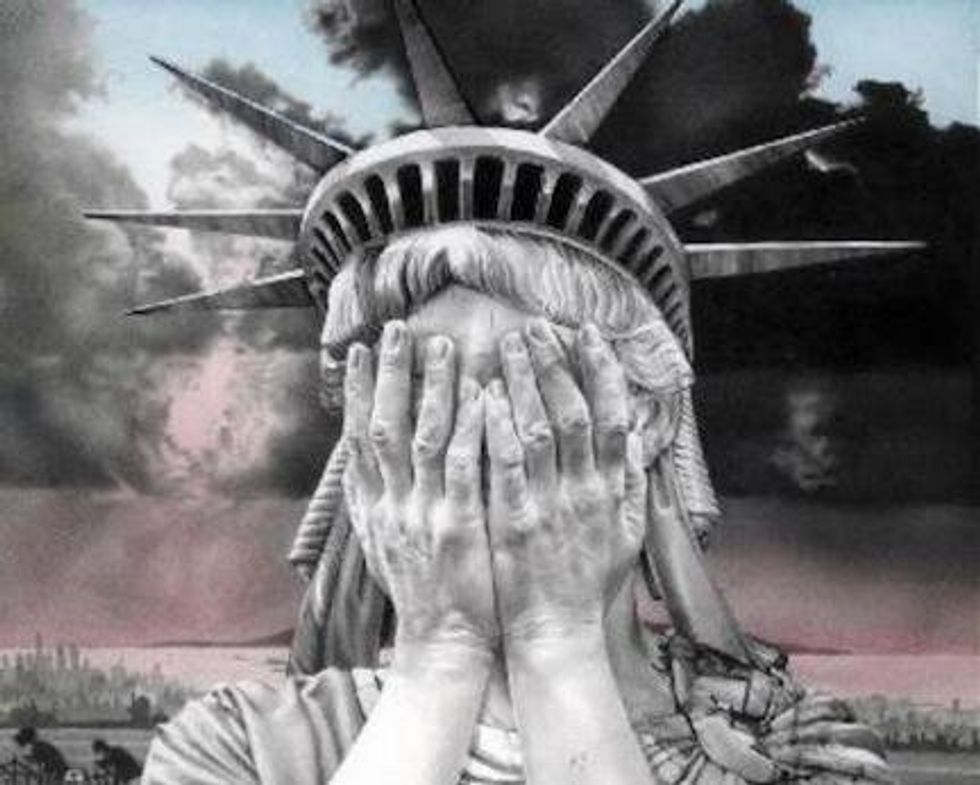 Happy Saturday, Wonkers! We know it is a day of rest, but Jefferson Sundowntown Sessions spends all seven days trying to keep scary brown types out of the country. Even on Sundays, Ol' Jeff can be found in the pews asking White Jesus to remake America in His own image. So let's take a few minutes on this case of immigrant-hatin' fuckery that came to us from the Versus Trump Podcast, to which you should all subscribe. It has just the right mix of GRRRRRR and NICETIMES to keep a Wonker woke, but not daydrinking. Which is probably the best we can hope for at the moment. Let's (Perversion of the) Lawsplore!

The Northwest Immigrant Rights Project (NWIRP) provides free and low-cost legal assistance to more than 10,000 immigrants each year. NWIRP represents clients in court, but it also hosts Know Your Rights seminars and legal clinics throughout the state of Washington. Your $5F is a lawyer, and she only learned yesterday that immigrants lose their right to make an asylum request within one year of arriving in America. Immigrants at NWIRP clinics are often children, non-English speakers, victims of trafficking, or even all three -- not people who are likely to understand the rules and "magic words" needed to navigate the complex U.S. immigration system. When they come to a legal clinic, NWIRP tells them, You have to tell the INS that the men with guns shot half the villagers and said they would kill you if you ever came back. You have only three more weeks to do that. Let us help you fill out that form TODAY.

On April 12, NWIRP got a letter from the DOJ's Disciplinary Counsel at the Executive Office of Immigration Review (EOIR) ordering NWIRP attorneys to "cease and desist from representing aliens" with their paperwork. The DOJ says that attorneys must either represent immigrants through every phase of their cases, or give no legal advice at all. For years, Immigration Courts have agreed to let NWIRP and other volunteer lawyers give limited legal aid in a clinic setting if they note their assistance on the forms. But suddenly the Justice Department has decided they need to protect immigrants from pro bono lawyers by putting  a stop to this dangerous practice.

Yep, you read that right. NWIRP helps over 10,000 immigrants a year, but it can only represent a few hundred clients in court. The Justice Department is so concerned about protecting the thousand of others from the risk of attorney malpractice that it will make sure they get no help at all. DOJ attorney Victor Mercado-Santana got to splain to the court why the immigrants would be so much better off going it alone.

THE COURT: All right. Counsel, again, I'm trying to dovetail exactly what it is that your regulation addresses. And when I asked you about what appears to be transparent disclosure by NWIRP, by the fact that they put their name on their pleading, and in terms of your reference to they didn't tell you exactly know who it is, we're disclosing our entity -- not individually -- but you clearly know the organization. [...]

Was there any allegation that NWIRP provided bad advice to desperate people just trying to get their forms filled out? NOPE.

THE COURT: Okay. So based upon the evidence that you have in terms of the enforcement of that regulation, does EOIR have evidence of any poor representation on the part of NWIRP?

MR. MERCADO-SANTANA: Based on the record, we don't have any of that currently, right now, regarding NWIRP representation.

In fact, notario fraud, where desperate people get scammed into paying unqualified "consultants" for help with immigration paperwork, is a real problem. Did any of these fraudsters get a "cease and desist letter?"

THE COURT: And, counsel, are you aware or do you know how many other cease and desist communications are outstanding, or is this the only one that's outstanding that you're aware of, from your client's perspective?

MR. MERCADO-SANTANA: I'm not aware of any specific example in other circumstances. But my understanding is, there has been enforcement in other cases. I just don't have any particular information about any other cases to represent to the Court.

So, that's a "No." The DOJ is ignoring actual notario fraud and concentrating on eradicating the scourge of pro bono attorneys. Your tax dollars at work, Wonkers!

But don't start hitting the bottle just yet!

In May, NWIRP filed a federal lawsuit challenging DOJ's order that they "cease and desist" helping people. Almost immediately the court issued a Temporary Restraining Order against the Justice Department under the legal doctrine of Holy Fuck What is WRONG With You People???? And in case that Wily Alabama Coyote got ideas about harassing other legal service providers, the judge made the TRO applicable nationwide. The court will hear arguments in July about making the injunction permanent.

As promised. At least one branch of our government is doing its damn job! The executive branch is a lost cause, but Wonkers, if you have a Senator that is on Team Deathcare, please to commence harassing! Chin up, peeps!

Ad-free! All weekend! Show us some love!