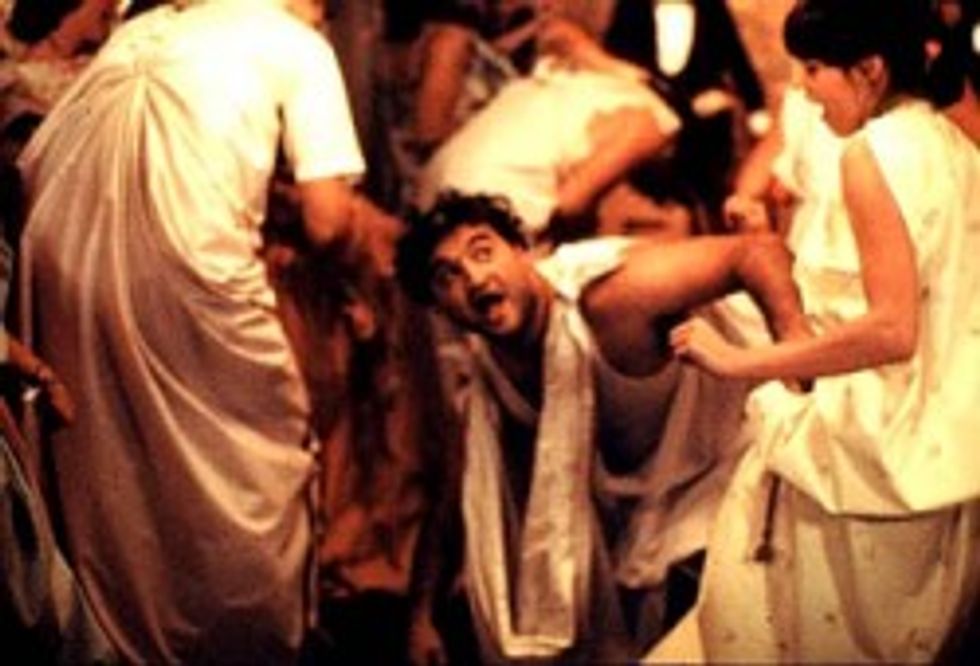 Mississippi GOP Rep. Steven Palazzo did not ask any of his staff to rent a waterfront house in Annapolis over Columbus Day weekend in order to throw a mad days-long orgy for a giant pack of unruly congressional aides, so somehowthis is exactly what happened. Palazzo's scheduler booked the property apparently under the impression he wanted to hold a mild football-watching ritual there with some friends, but Palazzo and his family never materialized. Therefore -- and there's just a *bit* of a gap in the story here -- CUE HAVOC. An army of Hill staffers descended on the house, and the rest is a tearful cocktail of lies, police, terrorized neighbors and comical phone impersonations of an elected lawmaker. Let's read some of the hilarious details!

Roll Call reports that partygoer "Jason" explained the weekend-long debauchery was due to congressional aides being a bunch of insane children who automatically went ape shit when they realized DAD WAS NOT COMING HOME TEEHEE:

“When we found out that he was not coming down with his family and kids, we decided to let our hair down,” Jason said, according to the neighbor.

The young man insisted to the neighbor that it would not happen again Saturday night.

When the good times resumed that evening — “There were bottles on the front stoop, bottles on the bumpers of the car … and a young man wandering around out front in his boxer shorts” — the neighbor gave the out-of-towners one more warning, at 11 p.m., before phoning the police.

Whoops! Palazzo's staffers then hatched the bright idea of just pretending to be him if anyone called to complain:

And the ensuing shenanigans guaranteed that the security deposit, which was put on a credit card with a Cannon House Office Building billing address, was forfeited.

Following the fracas, at least two Palazzo staffers, [scheduler Whitney] Donald and Richard McKay, tried to run interference, going as far as to put someone up to impersonate the Congressman over the phone to the irate homeowner. They also offered Southern confections as conciliatory countermeasures.

Oh, these kids, trying to bribe the neighbors with candies! They will all make excellent terrible lobbyists one day. [Roll Call]