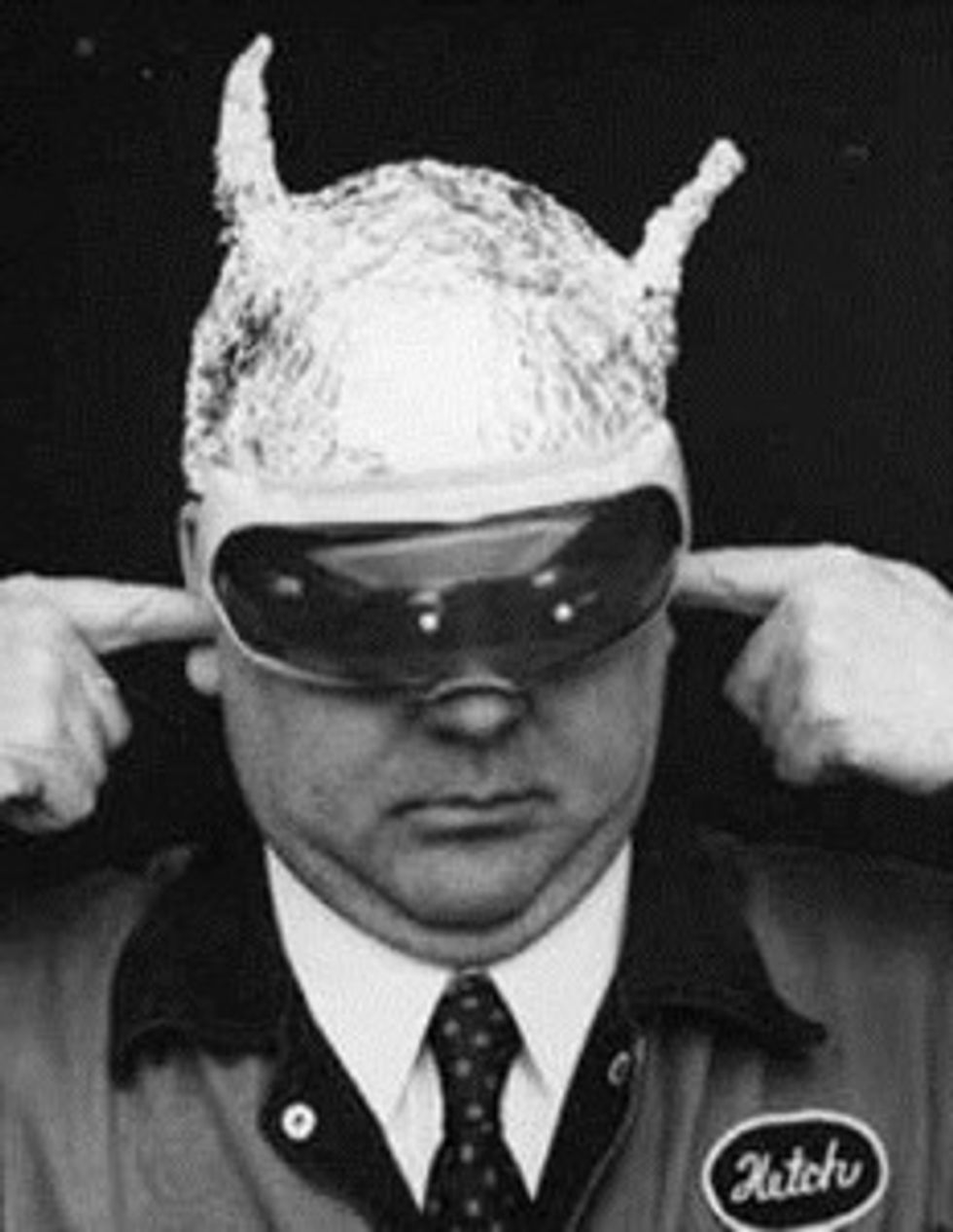 Back in our grad skool Shakespeare class, Professor Kiefer noted that Elizabethan tragedians, keen to keep the groundlings entertained, kept ramping up onstage murders until some plays ended with bodies heaped all over the stage. He linked this to other escalations of sensationalism in popular culture, from theThéâtre du Grand-Guignol to the ever-more baroque car chases and summer-camp slashers of Hollywood exploitation flicks. In all these cases, the lurid action and emotional overkill pile up so high that the productions become more ridiculous than titillating. This inevitably leads us to the Cannibal Holocaust of Obama Conspiracy Theories, as propounded by one Avi Lipkin, who may himself be the Herschell Gordon Lewis of conspiracy theorists. He has concocted a giddy fantasia of paranoia, dubious evidence, and outright bullshit that is brilliantly crafted to zap wingnuts' basal ganglia into a frenzy of activity.

Take a dash of "Obama is a Muslim" and add in wingnut outrage over Obama bowing to foreign leaders, and ... hey, what if Obama isn't merely a Muslim, what if he's actually a Saudi agent?? Lipkin thinks he's found the REAL reason for all the saber-rattling toward Iran:

I think Obama’s a Muslim, he’s a Sunni Muslim on orders from Saudi and the Saudis are afraid to get their heads chopped off by the Shiite Iranians, therefore the Saudis are commanding Obama to terminate the Shiite regime.

Now, a sane person might ask why, if that is the case, Obama's GOP critics think he's not nearly nukey enough toward Iran (so does that mean they're more Saudi-controlled?), but shhh, Lipkin's on a roll. Say, could Lipkin maybe drag in some birthrism? Sure he could! He has a YouTube video hinting that this Saudi connection explains why Obama has refused to reveal his birth certificate (you know, not the REAL one) "or anything else about his past."

But what about fears of immigrants? Does Lipkin hit any of those buttons? Why, yes, yes he does, and to make things interesting, he also adds the threat of Sharia law, the "debt crisis," and the United Nations' Agenda 21. Basically, Obama's been fomenting all the Arab Spring uprisings (because probably simple brown people can't start revolts on their own), and then he's going to help the UN seize huge tracts of land, and then give them to -- ta daa! -- the tens of millions of Muslims that the U.S. Government has been flying in to the country for years now. And because Obama's "Dream Act" will have made all illegal aliens into citizens already, we'll be powerless to keep all those foreign Muslims from becoming a voting majority. We are down the rabbit's looking glass and chomping a blue pill in the Twilight Zone here, people!

Oh, and does Lipkin mention anchor babies? BETTER: Lipkin says that the "20 to 30 million Muslims in America" (that are already here and you somehow didn't notice them) are, of course, stealing our women and breeding like crazy:

What happens after they come here is that they marry Christian women, Jewish and Christian American women and then these women become baby factories for Islam because it’s the religion of the father. So if a Muslim father marries a Christian or Jewish mother the children are going to be Muslim. Then they get passports because they married an American woman and once they get passports they bring in their families from the Middle East.... I’ve been following this for the last thirty years and most Americans can’t believe anything I’m saying but I’m on the cutting edge of this.

Did we mention the national debt? Sure, why not! Lipkin knows what THAT'S all about, too:

You have all those people who talk about the American debt being insolvable, where are you going to get $14 trillion from? The answer is very simple, you don’t think the Saudis have $14 trillion in cash? They’ll give you the cash and they will say "we own you now, we’re going to take over America." ... The problem here is America will surrender its Christianity.

Just in case you had any blank spaces left on your Conspiracy Bingo card, Lipkin knows that, ultimately, this all goes well beyond Obama's Saudi Puppetmasters to the REAL people in charge:

America has been having its leaders chosen, Democrat or Republican, chosen by the one world government, the Masons, the Illuminati, the Trilateral Commission, whatever you want to call these people, these are people who control the world.

Well-played, sir! We are a bit disappointed that Mr. Lipkin failed to mention HAARP, Lizard people, or Queen Elizabeth, but we suppose he may be holding off some of those for later revelations. Now, if he can just find a way to tie this into the notion that Shakespeare didn't write Shakespeare's plays, we will finally feel like we understand this crazy old world.