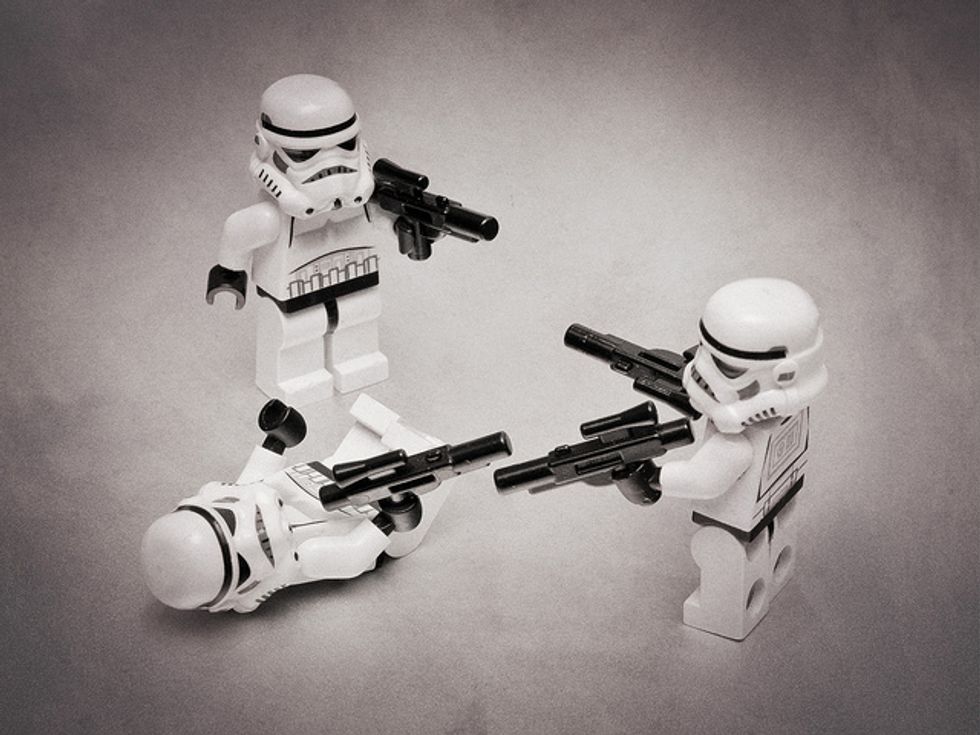 In what may be the perfect ouroboros of crime, a pair of irony-minded robbersheld up patrons of two Philadelphia gun ranges as they left the businesses, then stole their guns. The bandits stole eleven weapons in all, and in the part that isn't funny, shot and critically wounded a 67-year-old man, who will be OK.

One of the robbers, 21-year-old Samiyyah Poteat, surrendered to police shortly after seeing herself in a TV broadcast of surveillance video; the other, 27-year-old Jeffrey Chandler, was arrested today, perhaps disappointed that no one had yet written a folk ballad about the pair's exploits.

Officials say Poteat and Chandler were involved in two holdups at two different gun ranges -- the first at Yury's Gun Range in Philly's West Poplar neighborhood and the second at the Delaware Valley Sports Center in the city's Bustleton neighborhood.

The suspects waited in a parked car, a late model dark colored 2-door coupe, outside of the ranges until potential victims exited.

On June 11, they robbed a 68-year-old man and took a backpack containing two .22-caliber pistols, and the next day they held up two men leaving a different gun range; in that robbery, the men handed over their money and weapons but Chandler fired a single shot which hit one of the men, Everett Goodman, who was wounded in an artery but is expected to recover.

One might almost get the idea from this story that good guys with guns are not the invulnerable avenging angels that the NRA would like us to think, but obviously that can't be true, since armed civilians are always able to stop crimes. The real lesson is that just being armed does not make you safe enough, so instead of just carrying a firearm, you should actually keep it in your hand at all times, especially when stepping out of a door. Any door. That, or just do all your shooting at home.