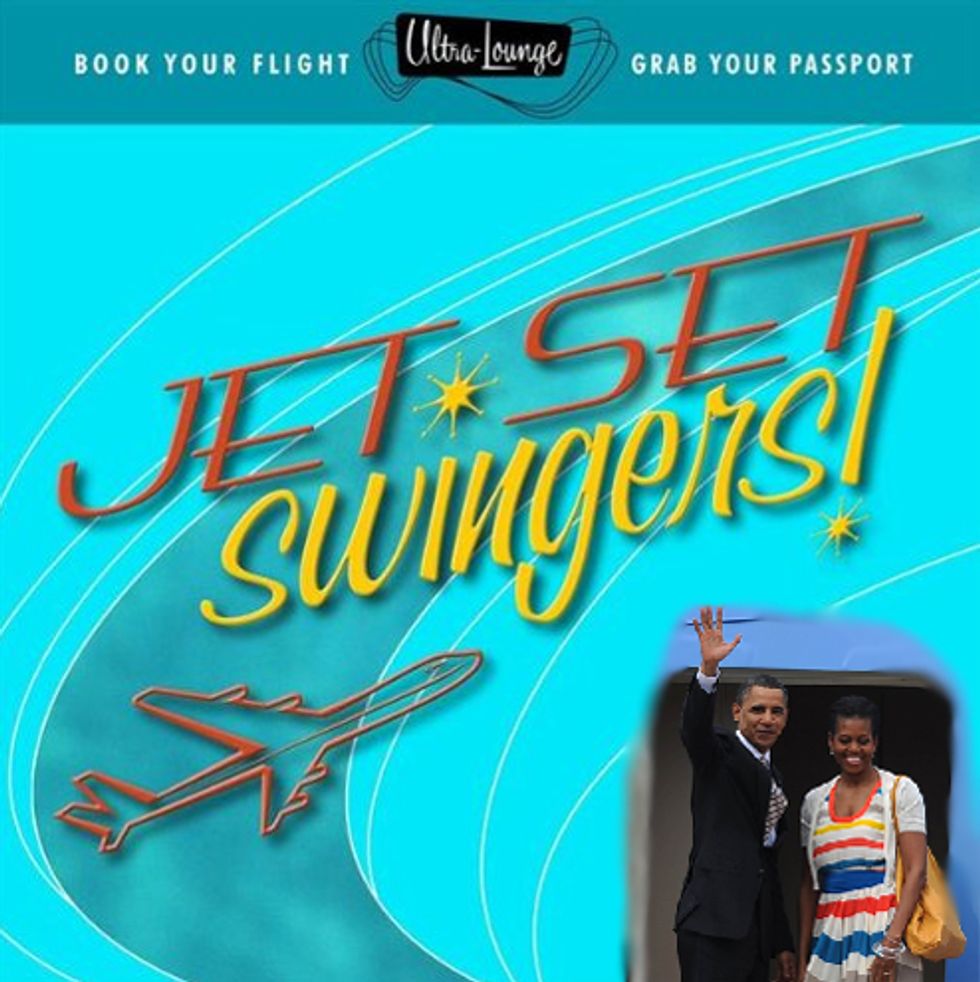 The Daily Caller proved conclusively this weekend thatBarack and Michelle Obama are the most pampered, spoiled, wasteful Imperial President and First Lady ever in the history of America, mostly by throwing out a whole lot of big numbers and suggesting that they're shocking. The headline, "The Obamas Have Spent Over $44,351,777.12 In Taxpayer Cash On Travel" gets things started, using an absolutely infallible number from the highly reliable wingnut organization Judicial Watch, whose total is cited but not linked to, but that's OK, you don't need the details. Why, $44 million over five and a half years is a lot of vacations! And travel on official business, which the number also includes, without any actual breakdown of the two amounts. Heck, those five years of travel work out to just under 7 1/2 hours of the Iraq War, which just goes to show you (once again) how Barack Obama has no regard for We, The People's muneez.

And just look at these other damning comparisons!

As of March 2014, Obama has spent more time traveling internationally than any other president, taking 31 trips since assuming office in 2009. The 119 days spent overseas have cost taxpayers millions of dollars.

At the same point in their respective presidencies, George W. Bush had spent 116 days on 28 trips, Bill Clinton had spent 113 days on 27 trips and Ronald Reagan had spent 73 days on just 14 trips.

The man is like a crazed dictator, spending 3 more days overseas than Bush and 6 more than Clinton!

Also, too, the cost of operating Air Force One is very high, which means that Barack Hussein Obama needs to just stay in the White House and use Skype for international summit meetings. That way the Daily Caller could report on foreign leaders who feel snubbed that Obama doesn't consider them worthy of meeting face-to-face.

Fortunately, once Rand Paul or Ted Cruz or Mitt Romney is elected, the price of operating Air Force One will no longer be an issue.

Follow Doktor Zoom on Twitter. He is trying hard to overlook Barack Obama's insult -- the president has still not invited him to ride on Air Force One.