Daily Caller Brings 'News' You Can Use: Most People Named 'Adolf' Are Democrats, Sorry, It's Science 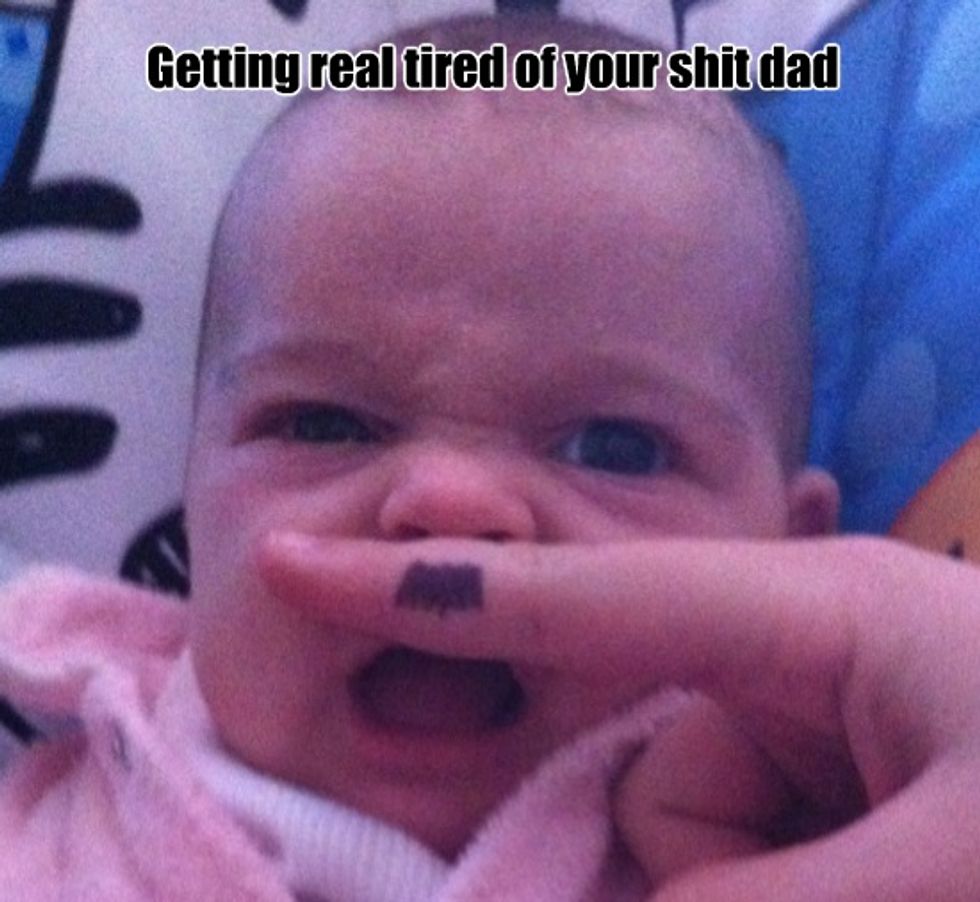 Satiric GeniusPatrick Howley has discovered a fun little web toy that tells you "the partisan affiliation of baby names." The widget, a bit of fluff from campaign analytics outfit "Clarity Labs," is pretty simple -- put in a first name and it will match the name to the number of registered voters and their party affiliation. And what do we learn from this exercise?

Your editrix has asked us to point out here that she thought she got pregnant in Havana once, but she did not, and so did not gift the world with the greatest baby name past present or future, "Fidel Schoenkopf-Takizawa." And now she is sad.

Not mentioned by Howley: 73.8% of voters named "Jesus" are just all right with being Democrats. And, perhaps related to that first result, Democrats have a firm hold (79.5%) on the first name "Godwin."

[Clarity Campaigns via Daily Caller via tip from "Adolf" Chascates]