Daily Caller Shocker: Guy Who Worked For Union Was 'Required' To Do Union Stuff 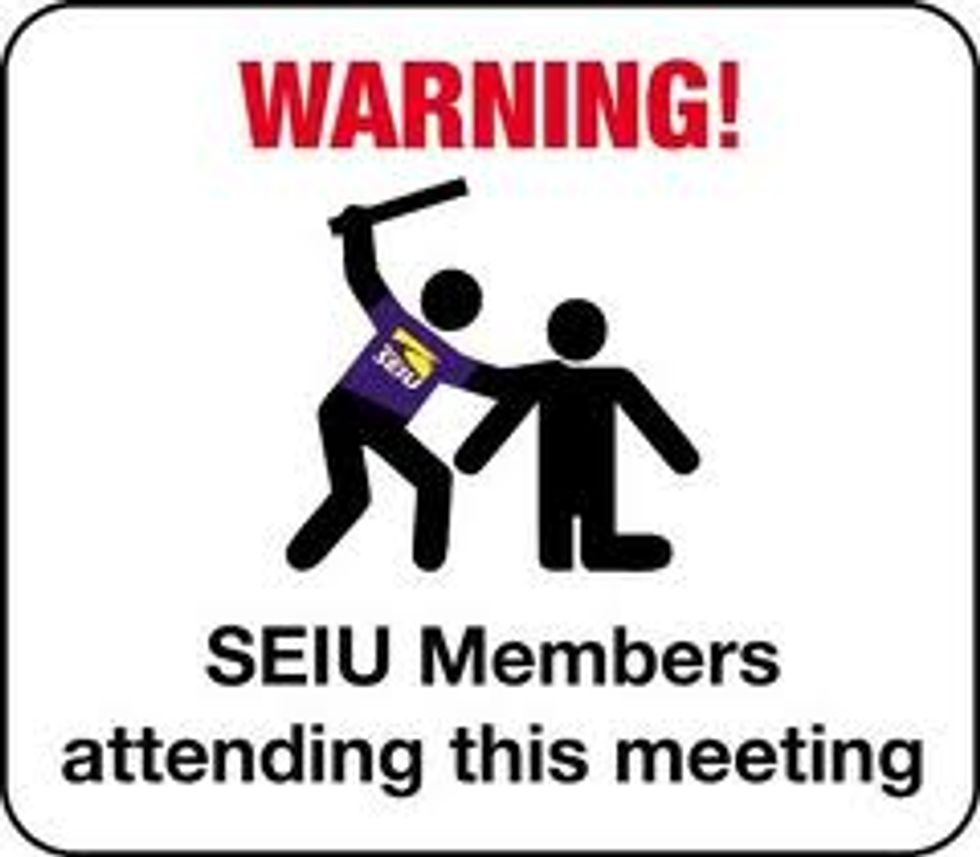 Sorry, union thugs of the SEIU, but Tucker Carlson's Daily Caller hasgot your number! And that is that you forced people who worked for you as union organizers to perform work towards attaining your stated political goals, by canvassing and stuff. Is that even legal??? Can we get James O'Keefe's Magickal Camera to go and document the atrocities?

In a case that could have wide-ranging implications for the political future of the Service Employees International Union, a former SEIU organizer told a right-to-work group and a best-selling author recently that the union forced him and other workers to volunteer their time for Democratic political campaigns. On a video segment provided exclusively to The Daily Caller, the organizer says he and other SEIU staff “had to do some political work. We were required as staff to do that.”

“I wish it were surprising that the SEIU was coercing this organizer into supporting union boss politics, but these days that’s standard operating procedure for Big Labor,” [some guy] said in an email to TheDC.

“Organized labor’s mission has almost completely morphed from representing workers on the shop floor to pushing left-wing politics. The only difference between Big Labor and other political groups is that union officials get to force workers to contribute, instead of relying on voluntary contributions.”

Well we guess it is time to take away unions' right to collective action, as some fine fellows are trying to do in California with the not at all malevolent and definitely not the most breathtakingly bad-faith proposition we have ever heard of, Prop. 32!

But is there more? Well, isn't there always?

In 2006 the same union’s website sought “volunteers” who would receive “a cell phone, money for mileage, and meals [and] … a $50 stipend” for Election Day work in conjunction with the AFL-CIO. “They are looking for members to visit precincts, talk to voters, and identify problems,” the union said.

That is some serious skullduggery, these quote unquote "stipends." If you would like to read about six more examples of such "stipends" for "volunteers" they have dug up, by all means, click through. IF YOU CAN STAND THE TERROR. I mean, it's no paid-vacation Brooks Brothers Riot, or paying "volunteer" homeless people to wear "Obama Supporter for Brown" T-shirts, but they did pay mileage!

Wait for the Daily Caller's next shocking expose, "Political Speechwriter: I was forced to write political speeches" and "Democratic Campaign Manager: I was required to work on Democratic campaigns."