Daily Caller: Why Do All These 'P*ssy' Journalists Think Five-Year-Olds Should Not Have Guns? 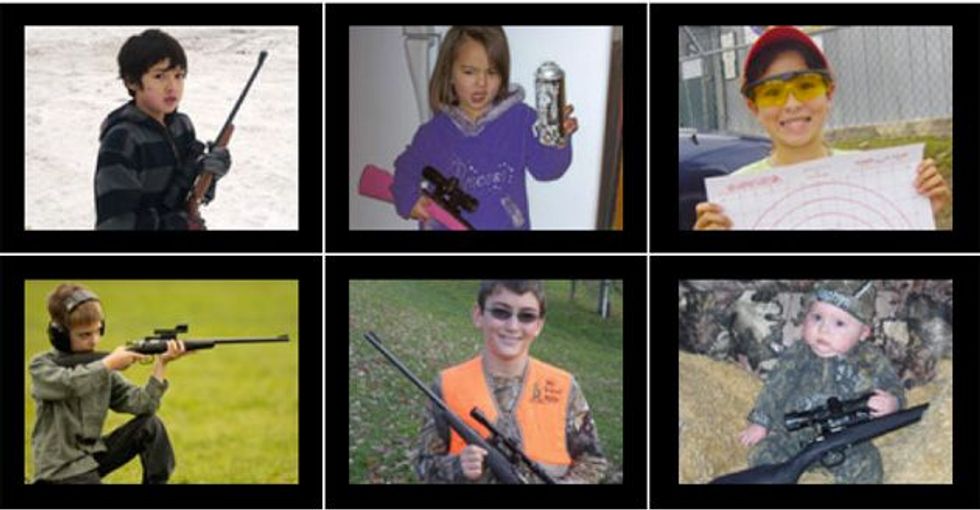 To be fair, because we at your Wonketare always fair, the idiot who wrote today's Daily Caller masterpiece about "effete liberal p*ssies" (their asterisk) who think five-year-olds should not have guns DOES SAY that if a five-year-old has a gun, he should be supervised. With his gun. Made specifically for children. That the child owns. He also says that Adam Lanza's mother should not have given her sad weird son the guns with which he murdered her and all those teachers and schoolchildren, which we think may be the first time anyone on the right has actually come out and said that. Weird!

The other week, I wrote about how newsrooms could benefit from having a few Christians hanging around. I was making a case for diversity (even if some observers didn’t see it that way).

Additionally, I would like to make another modest request: Newsrooms should also hire a few journalists who aren’t effete liberal p*ssies.

This is relevant in the wake of yet another gun tragedy. Reportedly, a five year old boy who was left alone with his first rifle, accidentally shot and killed his two-year old sister. As a father, this breaks my heart. But because I understand what has come to be known as “gun culture,” my first instinct isn’t to politicize the tragedy in order to push more gun control.

See, Matt K. Lewis knows we are politicizing this tragic death to push more gun control, because his parents bought him guns. Well, they bought him BB guns, and then other guns when he was not five.

Let's read some about how many children are killed by guns every year in our country.

Right, because if you include those, the number is more than 3,000.

What kind of monster would politicize those murders and accidental killings by trying to call for gun control to stop children getting murdered or accidentally killed by guns?

A very very bad monster, that is what kind. Also a pussy. So we are guessing, something like this.