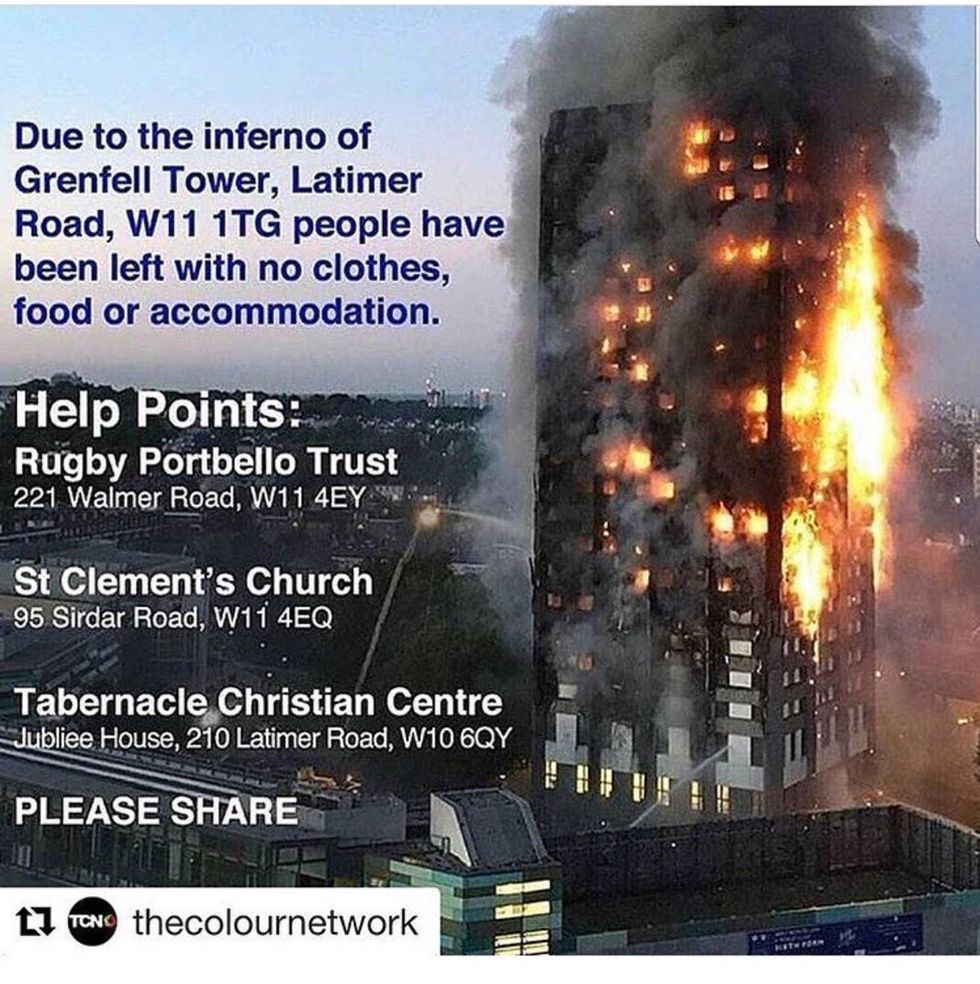 If you don't follow international news or if you were trying to figure out how many people got shot yesterday in various parts of America, you might have missed the Grenfell Fire in London. It's a giant fucking deal, as at least 17 people have died and also because the Grenfell Tower (which was a big apartment building) was in Kensington. There's not a great direct comparison to London but it's kind of like if they'd put public housing smack in the middle of Beverly Hills. Swank postcode, shitty building safety maintenance.

The fire happened because they built a sub-par building with flammable materials, didn't put in proper sprinkler systems, and didn't bother with things like codes for how far a boiler should be from a wall, though they did spend millions making the building very pretty. Then they just assumed everything would be spiffy. At some point in the early morning, a spark set the building on fire and people wound up tossing babies nine stories to be caught by strangers below (this actually happened). Muslim residents, up for Ramadan prayers, got as many people out as they could before emergency services showed up.

British people immediately did what British people do: They organized shelter and food for affected residents, then waited to see how bloody awful the headlines would be. And the media did not disappoint!

We bring you: The Daily Mail. They have published this *after* it became public knowledge that the building was mostly a firetrap. Because the Daily Mail is a place where racist fucks congregate to create "content" instead of doing anything like what we might call journalism.

A reminder that the Daily Mail is the toxic waste dump of journalism: The **building** was flawed. One guess what's going on here... pic.twitter.com/za3cpVr2oj