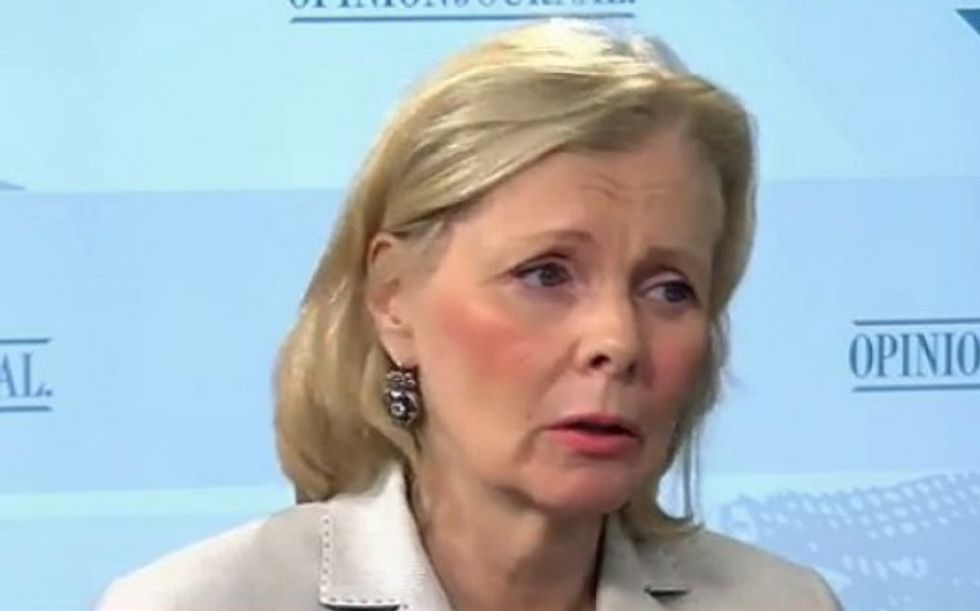 Peggington Nooningtonshire, dame of gin and regret, had never play-acted before. She had met a Mexican and a Guatemalan and a Honduran, and one time she even said a swear, but she had never graced the stage and pretended to be someone else.

But luckily, today was Peggy's chance to try it! Her houseboy Manuel had bartered at the bodega -- she assumed, as foreigners are always exchanging goods for haircuts and the like -- for some jolly new parlor games for the Nooningtonshire house. He brought home "The Boggle" and even a childlike game called "Chutes and Ladders." The chutes reminded Dame Noonan of what happens when she drinks too much gin before 9:00 AM! WHEEEEE! But most thrilling of all was a curious game called "Pick-tionary," where you give your partner clues to the answer on a card by drawing dainty little sketches. Peggy would be good at this game, as she could use her award-winning prose to illustrate the clues WITH FLOWERY WORDS AND PHRASES!

Manuel drew a card. It said "Pulitzer," so he drew a picture of Peggy passed out on the kitchen floor drunk with gum in her hair. She cried, "Brilliance! Astute analysis of politicks! Ronald Reagan!" But that was not it, so Manuel just flung her Pulitzer at her face. Catching it a split second before her body hit the floor, she cried out "MY PRECIOUS!" Manuel decided to award her the point, since he wasn't in the mood to get fired again that day.

Hours later, awakening in a stupor, Peggy drew her Pick-tionary card. What would she be illustrating to dear Manuel with her graceful words? "Maureen Dowd." Peggy cocked her head to the side and a couple of the spare uppers she keeps inside her ear for emergencies fell out and rolled across the floor. Well, this would require a boner of an effort, but she assumed she could manage! She was still cradling her Pulitzer after all! So she perched atop her writing desk and began composing:

PUSSY! OBAMA IS A PUSSY! HILLARY IS A CUNT! I AM A LIBERAL LADY WRITER BUT YET I ONLY GET LADY HARD-ONS FOR REPUBLICAN MEN! I'M SO FUCKING WEIRD, LIKE WHY DO I EVEN HAVE A JOB?

No, that's not right. Peggy Noonan had careened right past Maureen Dowd and sounded more like Trump's new little pomeranian dog Anthony Scaramucci phoning a reporter. She knew she had to find a way to truly inhabit the character of "Maureen Dowd," so she tossed an unopened bottle of cheap gin into the inside pocket of her overcoat and walked to Dowd's home, picked the lock with the underwire of her bra, and surveyed the space for writing inspiration. Finding none, she just stole a bunch of pot brownies from Dowd's fridge and went home.

Sitting back down at her writing desk, she picked up her quill pen and began:

Half his tweets show utter weakness. They are plaintive, shrill little cries, usually just after dawn.

Noonan accepted that she'd never be able to write in such a vulgar and crass manner as Maureen Dowd, so she resigned herself to imitating her ELEGANTLY.

He’s not strong and self-controlled, not cool and tough, not low-key and determined; he’s whiny, weepy and self-pitying. He throws himself, sobbing, on the body politic. He’s a drama queen. It was once said, sarcastically, of George H.W. Bush that he reminded everyone of her first husband. Trump must remind people of their first wife. Actually his wife, Melania, is tougher than he is with her stoicism and grace, her self-discipline and desire to show the world respect by presenting herself with dignity. [...]

Peggy viewed the results of her literary Pick-tionary sketch, satisfied that she had play-acted a Maureen Dowd column with the requisite wit and grace. But would Manuel be able to figure it out? Does Manuel even read the New York Times?

Peggy cried out for her game partner.

"MANUEL! MANUEL! I HAVE TAKEN MY TURN AT PICK-TIONARY!"

Manuel was nowhere to be found. Had she fired him again and forgotten?

Peggy made a note to remember to ask Manuel if he had been fired next time he came in to work. Whatever his infraction, she was certain he deserved it.