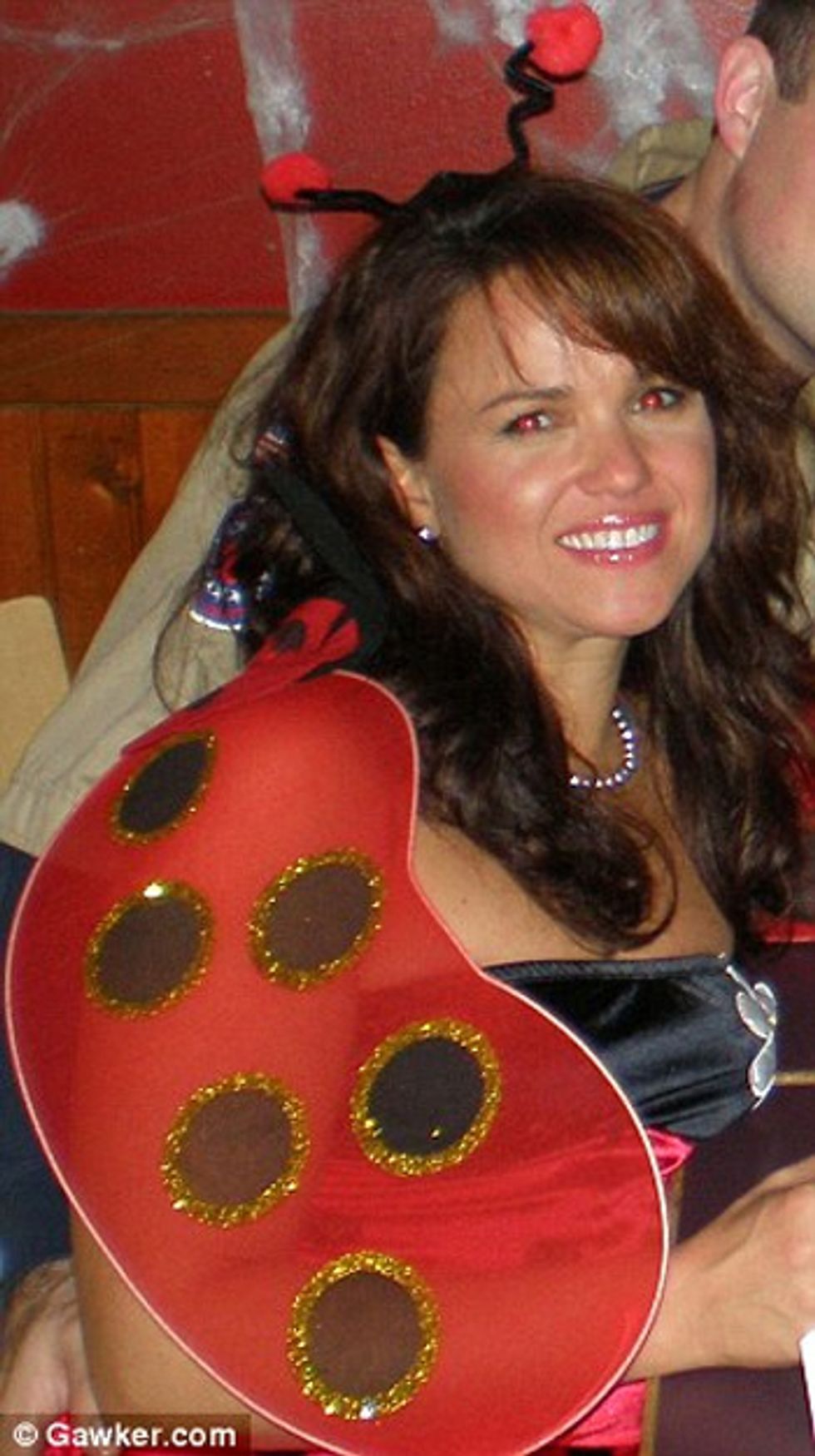 We suppose we can't really begrudge has-been wingnut idiot and failed 2010 Senate candidate Christine O'Donnell for kicking off her new Washington Times column with yet another variation on the one thing she's actually known for, that dumb "I'm Not a Witch" ad. Hell, if Bill "Ray J. Johnson" Saluga made a standup career out of one stupid line, why not? And so here is Christine O'Donnell, insisting yet again that once we get to know her, the smell of limeade belches and dirty socks will dissipate and we'll like her really a lot:

After my speaking engagements, the comments I hear the most are some variation of, “You’re nothing like I thought you’d be! I can’t believe how much I agree with you,” or, even better, “I actually like you.” The first few times I heard these, I responded with a blank stare and muttered, “Umm, thank you?” while thinking to myself, “What the heck did he think I’d be like?” (Don’t answer that!)

Haha, get it? THAT is where you are supposed to answer "A witch!" and chuckle to yourself. Actually, what we expected was the blank stare, so good going with that.

So why has this undead eldritch horror been allowed to shamble onto the Op-Ed pages? For one thing, it's pretty much an obligatory part of the rightwing welfare program for wingnut candidates -- get your name mentioned enough in some election, and you've got a place for life on the lecture circuit and Fox, and you get a column in the Washington Times or, for fourth-tier losers, at WND. It's just a perk of the job.

As for her personal goals as a columnist, O'Donnell is getting back to her roots as a moral scold:

Our country was founded on a simple set of ideas rooted in authentic freedom, not license, but true freedom. These ideas have been so over-complicated by precedent, amendments, and political correctness that it is going to take a radical reawakening of American ideals to get our country back on track. Each week, I plan to tackle these ideals one by one: What’s the difference between freedom and license, capitalism and benevolent capitalism? Is socialism really so bad if good people implement it? Why is the pursuit of “happiness” right up there with the right to life? Shouldn’t the Declaration say “pursuit of peace” or do we all have the right to pursue pleasure, whatever that means to us?

And then after her first three columns, she'll punt. She's so rarin' to go that she takes on these questions right away: Socialism can never be good, and "pursuit of happiness" doesn't mean you get to just go smooshing your naughtyparts up against anyone you want to:

When I would speak to audiences about the much needed radical reawakening of America’s founding, I knew it was only a matter of time before someone asked me about “happiness” and probably would use Benjamin Franklin’s alleged pursuit as an example. So, I prepared myself and did some studying.

What I discovered is that the word “happiness” is not some random concept thrown into our Declaration of Independence, but rather authentic happiness was the key to our entire way of life in the nascent new world. Authentic is the operative word here. As Pope John Paul II defines it, authentic happiness is the state of being rooted in sacrificial love. And that, my friends, is the key to authentic freedom.

So don't you go thinking that "pursuit of happiness" means you get to pursue what makes you "happy," because you may have no idea at all of what happiness actually is, you chronic masturbator. Only "authentic" happiness, as defined by people who understand it PROPERLY, is actually enshrined in our national values. And so you'd better get ready to have a finger wagged at you. The betting line is now open on how many weeks it will be before she explains that the phrase "separation of church and state" isn't in the Constitution. (Two. It will be two weeks.)