“To every lying member of the media, to every Hollywood phony, to the role model athletes who use their free speech to alter and undermine what our flag represents…Your Time is running out. The clock starts now."
–@DLoesch #Oscars90 pic.twitter.com/SDVjeTxyfB

Over the weekend, the NRA did another of its weirdly threatening videos, this thing called "Time's Running Out." It hit the Twitters just before the Academy Awards, and cleverly played on the "Time's Up" theme of all those man-hating feminists who think sexual harassment should be met with a lawsuit instead of a .357 magnum slug to the face. It's got the standard ominous music and Dana Loesch naming any number of enemies of America, but not quite saying whether they need to die or get deported or sent to reeducation camps, but boy, are they ever bad people. See, it's not really a threat, because she doesn't say in the video what needs to be done. You good patriots already know what needs to be done. (She's talking about voting to protect your interests, and giving money to the NRA, obviously.)

The script, as with all NRA ads, is nothing short of apocalyptic, as Loesch Names the Names of those she's putting on notice:

We've had enough of the lies, the sanctimony, the arrogance, the hatred, the pettiness, the fake news. We are done with your agenda to undermine voters’ will and individual liberty in America.

Oh, my. We do so love it when the NRA spokesghoul complains to us about lies, sanctimony and pettiness. When young Cameron Kasky wondered, at the CNN town hall, whether she avoids looking in mirrors, he must have really gotten to her. Loesch has a whole bunch of Bad Guys to paint with the red laser sight of TRUTH:

So, to every lying member of the media, to every Hollywood phony, to the role model athletes who use their free speech to alter and undermine what our flag represents, to the politicians who would rather watch America burn than lose one ounce of their personal power, to the late-night hosts who think their opinions are the only opinions that matter, to the Joy Ann Reids, the Morning Joes, the Mikas, to those who stain honest reporting with partisanship, to those who bring bias and propaganda to CNN, The Washington Post, and The New York Times -- your time is running out.

At that, Loesch turns over an hourglass and intones: "The clock starts now."

Doom having been pronounced upon these miscreants (we had to listen a few times to figure out she's not coming after "Meerkats" or Amigas"), the video fades to black and we get the real announcement: 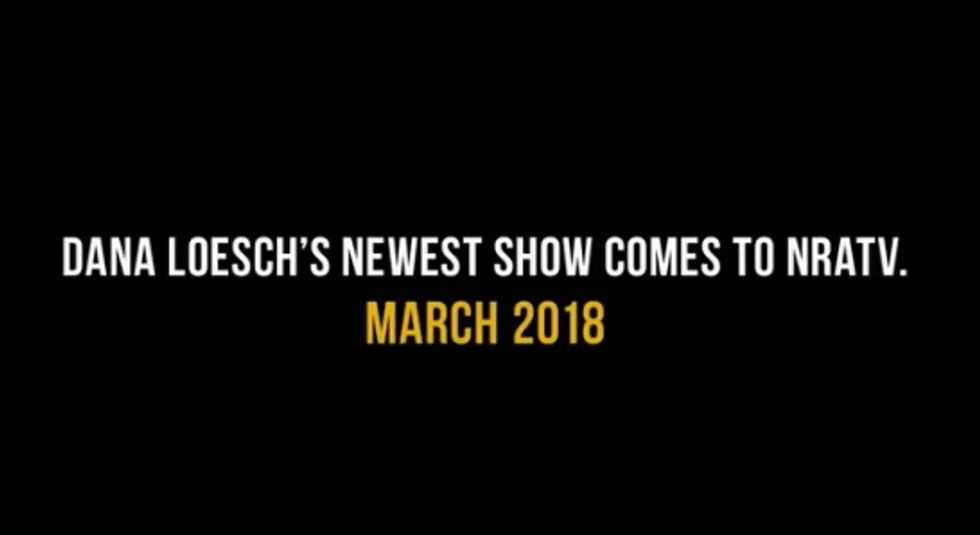 Yeppers, Dana Loesch is going to war -- with a dumb teevee show of her very own. And to anyone who may have thought the video sounded like a hit list of some kind, well, that's just the insane paranoid imagination of the gun grabbers, you see. Even if it did call to mind some rather familiar imagery: 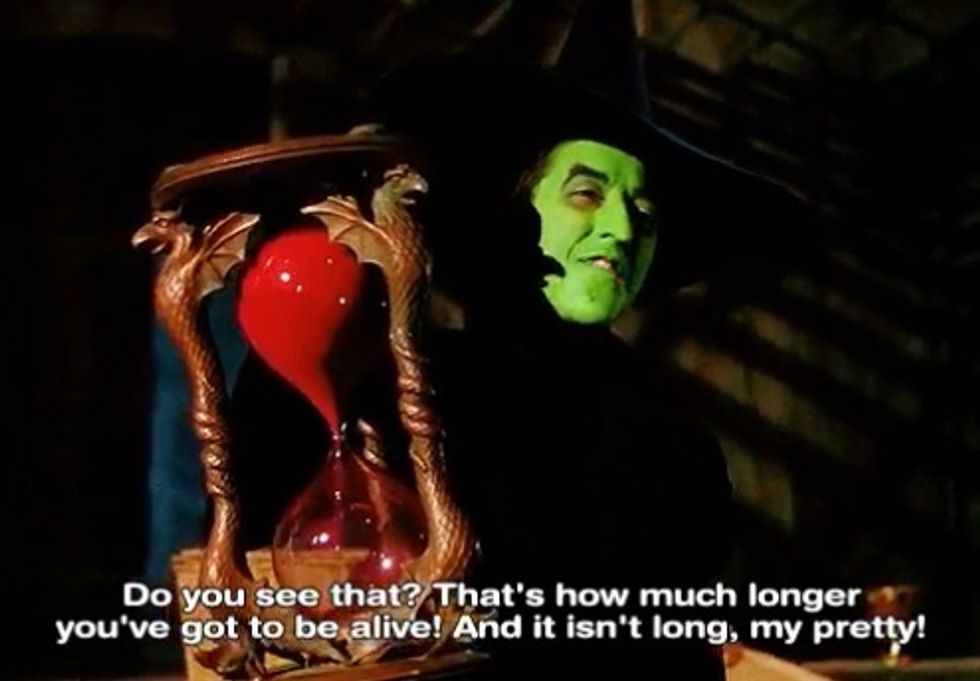 And wouldn't you know it, a whole bunch of people read far too much into that "time's running out" thing, as if that were some kind of a death sentence: 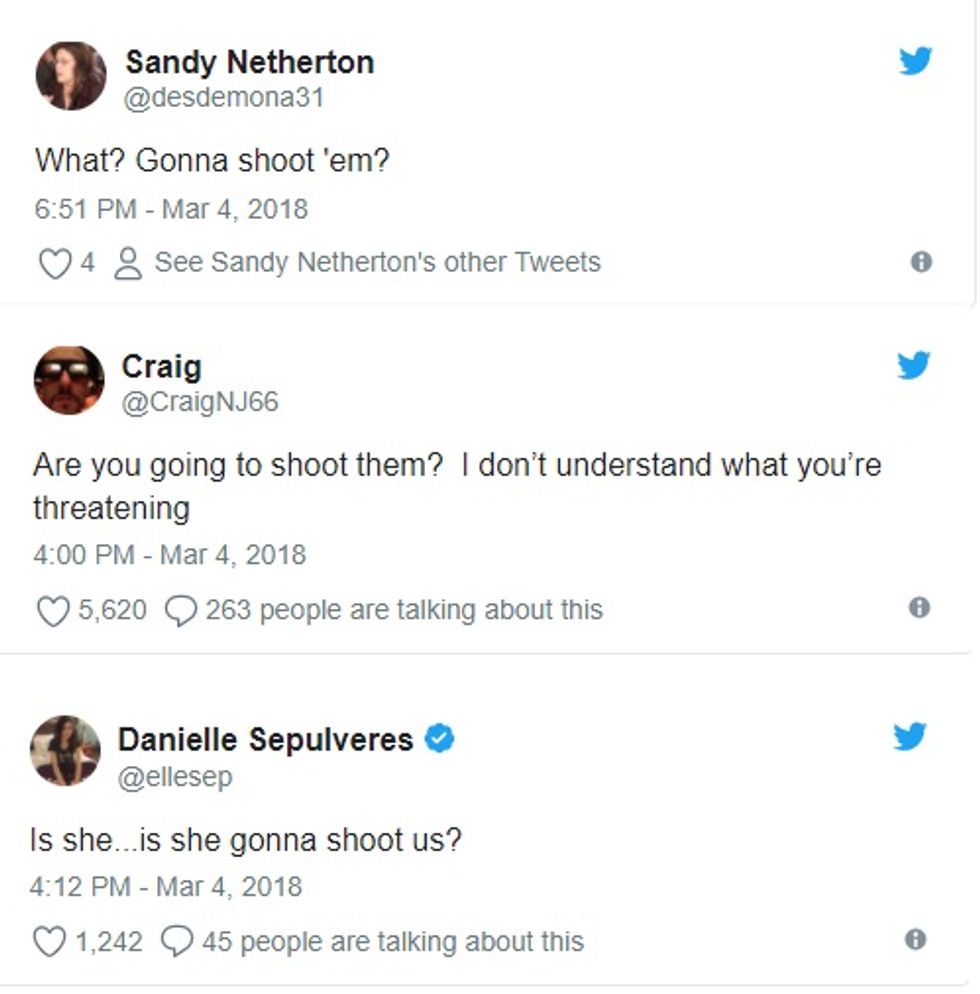 Fortunately, media writer Scott Porch asked for a bit of clarification, and Loesch cleared everything up in the least trollish way possible: 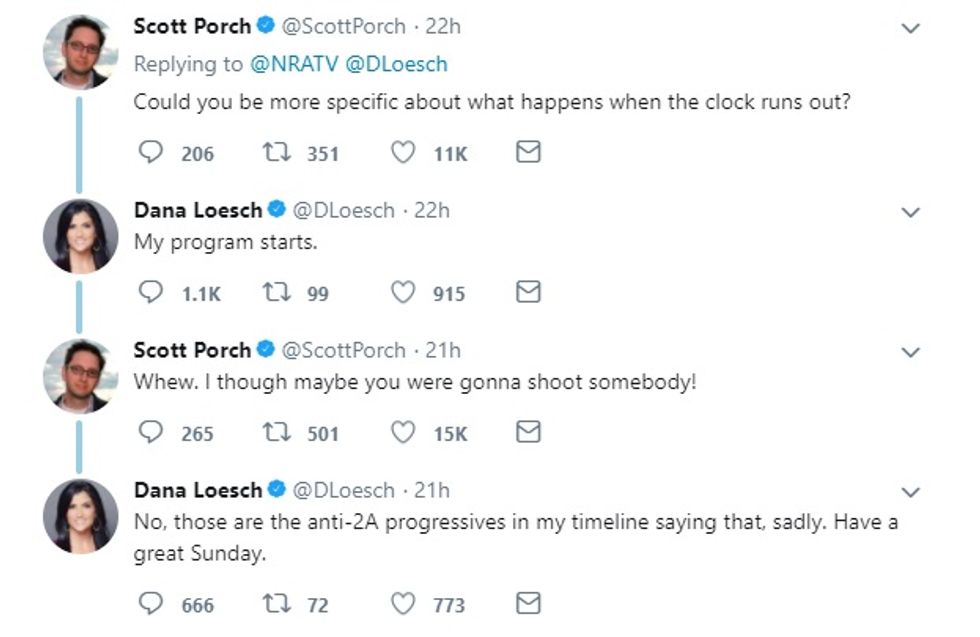 Don't believe the lies of the anti-freedom progressives who want to take your freedom. This was simply an announcement of a new NRA-TV show, like any other teaser trailer. With the tease extended to the possibility that "Joy Ann Reid" -- interesting choice to name her by her Twitter handle, not simply "Joy Reid," which is how TV viewers know her -- will face a firing squad. Of tough questions. Ms. Reid apparently just can't take a deadly serious joke: 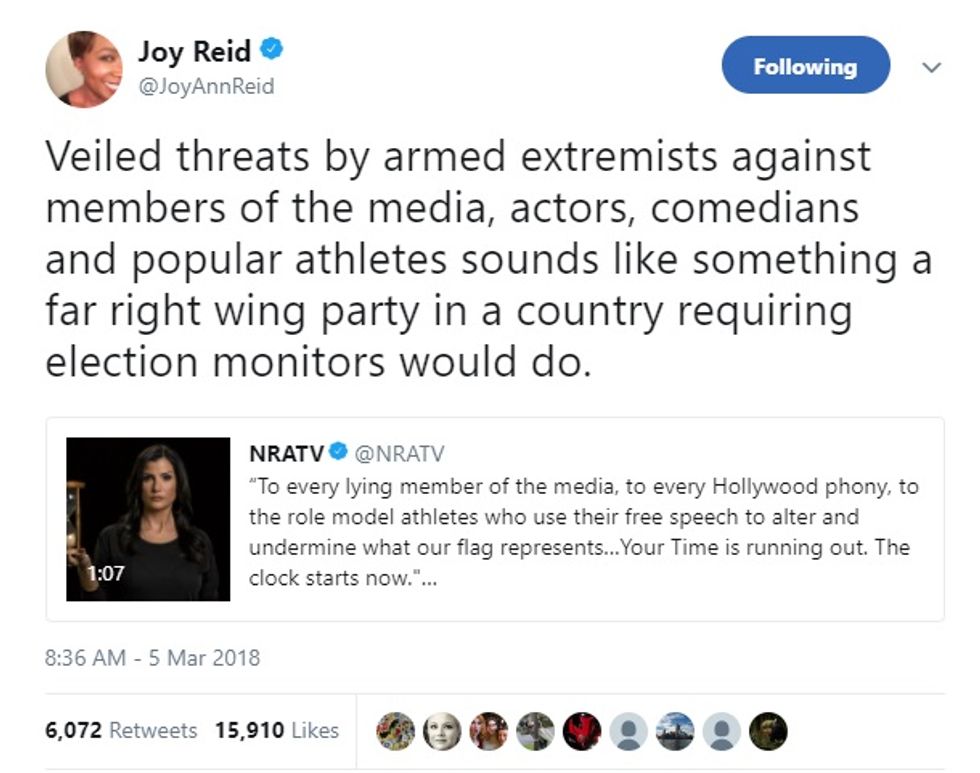 Guess some people just don't see the witty wordplay when they're in the purely metaphorical and not literal crosshairs. After all, it's not like any crazed rightwing terrorists have taken deadly action after a rightwing media figure invited them to. Except for a few times.

Now don't go saying the NRA and Dana Loesch are engaged in stochastic terrorism here. That's just a thing liberals made up, to take our guns. This video is only a provocative promo for her new show, calm down.

At least once the Oscars got rolling, Loesch relaxed a bit and got into the spirit of things: 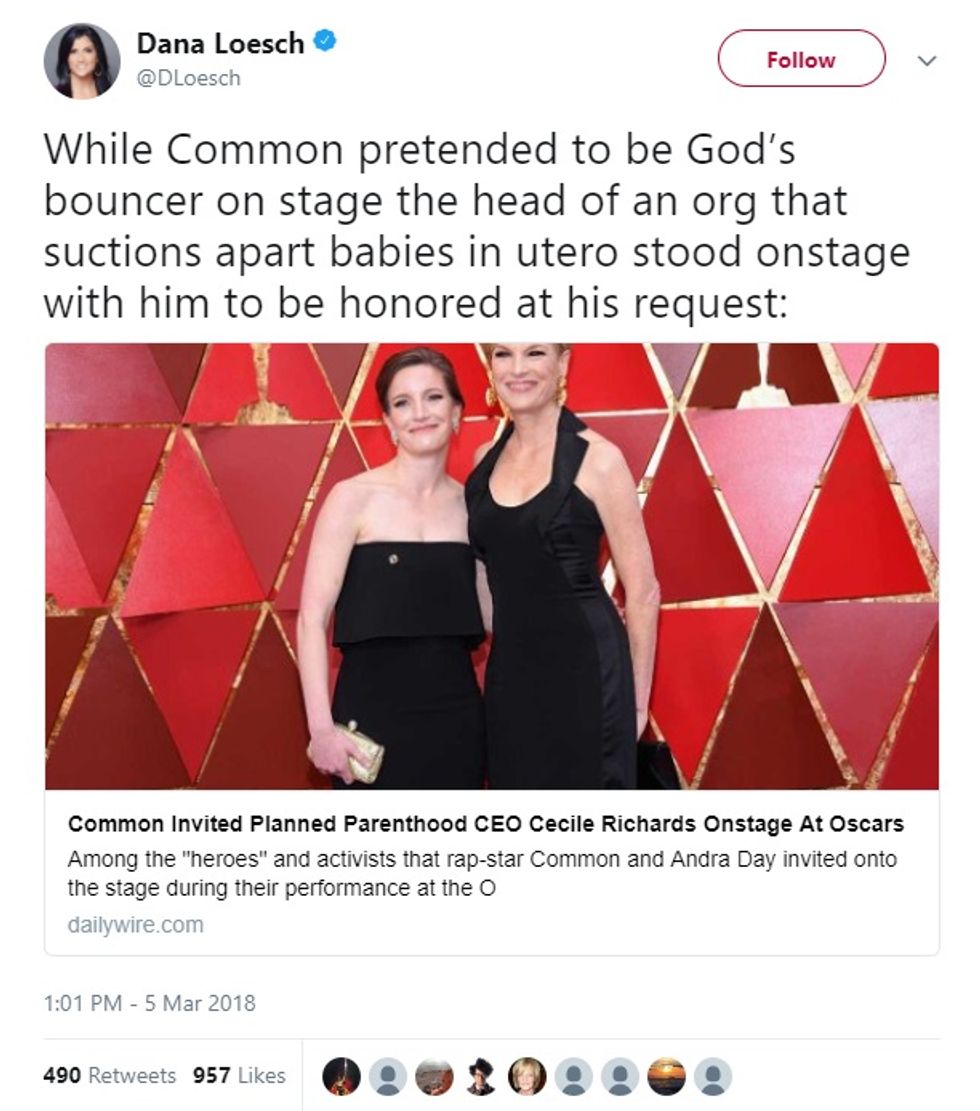 Boy, we bet the set of her show will be loads of fun. "We don't have a green room. Green is the color of radical Islam, and they want to behead you all!"

Yr Wonkette is supported by reader donations. Please click here to send us money, or your children may die. Of boredom, because without Wonkette you would be a less convivial parent.

Russia Trying To Re-Elect Trump, And He Is MAD (That Democrats Found Out)

Don't Cyber With Rudy, Your Computer Will Get The Herp!

Dana Rohrabacher: If I Did It, Oh Wait, I Did!

ROGER STONE FOR (40 MONTHS IN) PRISON!