Dana Loesch's Desk Is A Joyous Celebration Of Violence 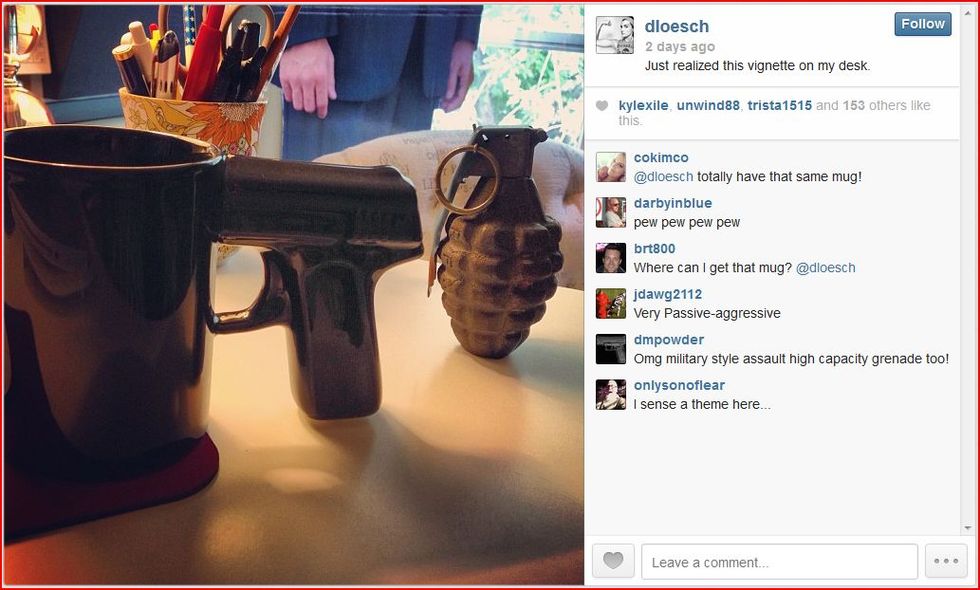 It was Sunday, fifty years to the day since the Sixteenth Street Baptist Church bombing in Birmingham, Alabama. Dana Loesch, feeling head to toe like someone Nielsen would rate as one of the top 16 most powerful mothers online, was sitting at her desk. The Misfits played softly: it was that song with the guitars and the yelling, her favorite. She looked over her desk, and she saw something, a "vignette," maybe -- she'd have to look it up -- and instantly she knew: the world must learn of this.  So she Instagrammed that shit:

"Nice," said Dana to her grenade.

Then the earth spun once around its axis, and the thinkable happened: a lunatic shot a bunch of people, again. But Dana Loesch was ready. Immediately she took to Twitter in a valiant effort to ensure nobody was wrong about what kind of gun the lunatic was using:

If someone told Dana Loesch that a million-ton meteorite was heading straight for us, she'd gripe that it's technically a meteoroid until it hits the earth, and then maybe she'd tweet that million-ton meteorite impacts are actually very rare. But we've got to hand it to her: for a college dropout, she's pretty smart!