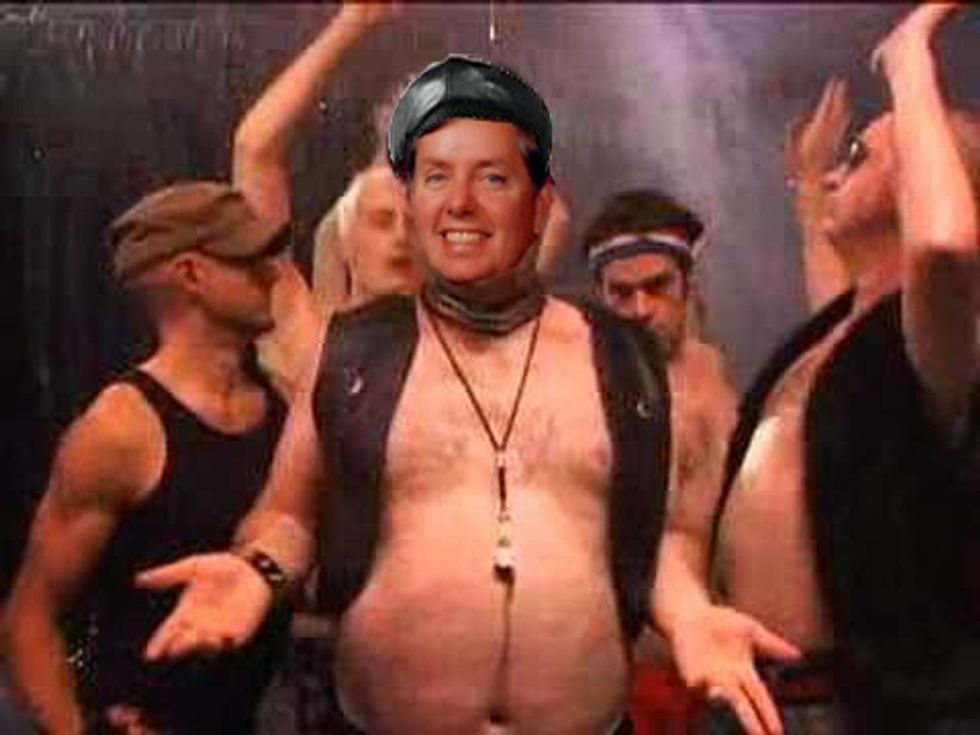 You guys! You do not want to not have a say regarding, like, genetically modified foodstuffs, or ... other things the Euros care about right? RIGHT?

Voter turnout in Denmark was 88 percent in 2011, which apparently is low since all those slovenly Danes couldn't be bothered to do their civic duty unless cartoon genitals were shoved in their (eager, panting, sloe-eyed) faces. American voter turnout was 57 percent in 2012.