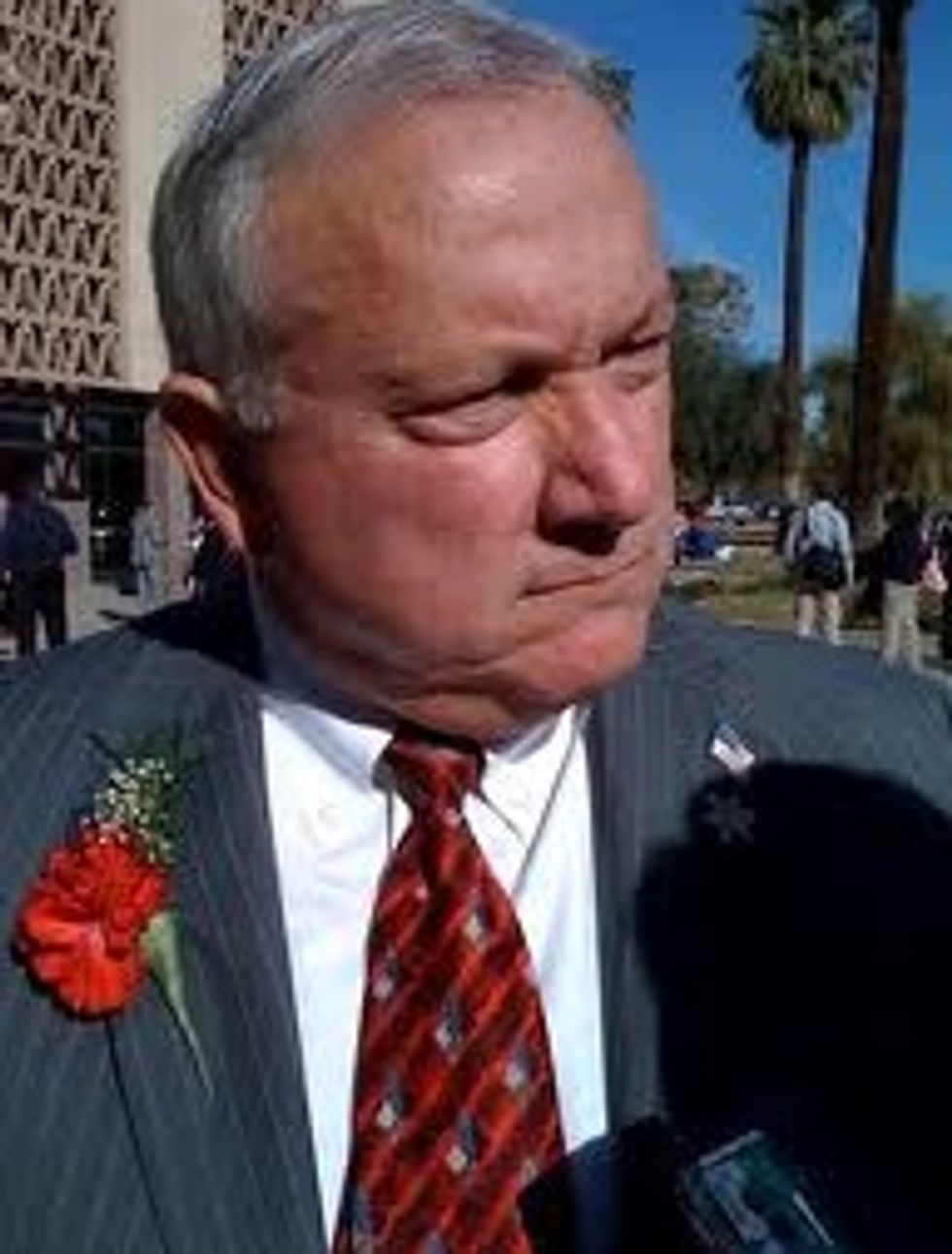 You could say a lot of things about the words of former Arizona state senator Russell Pearce, the lead sponsor of SB 1070, the ol'"get ridda the browns" law. Most of them have something to do with racism. None of them resemble "consoling" or "reasonable."

So when he issued a statement about the Dark Knight shooting in Aurora, he did not disappoint: Did you know, for example, that the people to blame for the shooting are the people who got shot?

"Had someone been prepared and armed they could have stopped this 'bad' man from most of this tragedy," he wrote. "All that was needed is one Courages/Brave man prepared mentally or otherwise to stop this it could have been done."

Translation: People just LET THEMSELVES get shot? What a bunch of PANSIES! Also, I am drunk.

Pearce wrote this on his Facebook page over the weekend — being a Great and Upstanding American who Never Backs Down and whatnot, he has since deleted it. Don't worry though, your Wonkette didst take a screenshot.

"He was two and three feet away from folks, I understand he had to stop and reload. Where were the men of flight 93???? Someone should have stopped this man," he typed, presumably without the aid of opposable thumbs. Are you listening, battered, traumatized citizens of Aurora? Stop not being heroes! And when you don't take your Glock to the movie theater, people with Glocks kill people in the movie theater. The responsible thing to do, obviously, would have been to shoot around in a dark, panicked theater at a guy wearing body armor. You know, like 9/11.

When people started pointing out that maybe this response was nothing more than an exploitative attempt to further a ridiculous gun-control argument at a time when people were trying to scab over bullet wounds, Pearce followed up with a second post (also deleted) that, rather than saying "hey, sorry, let's just mourn for like FIVE SECONDS before talking politics," just called the Arizona Republic stupid.

Here's the picture of that first post. Note his Facebook name still includes "Senator," despite his rather notable position as the first Arizona state senator ever voted out of office. That was more than eight months ago.