Darrell Issa So Mad About Guard Bonus Clawbacks He Knew About For Two Years, Did Nothing About! 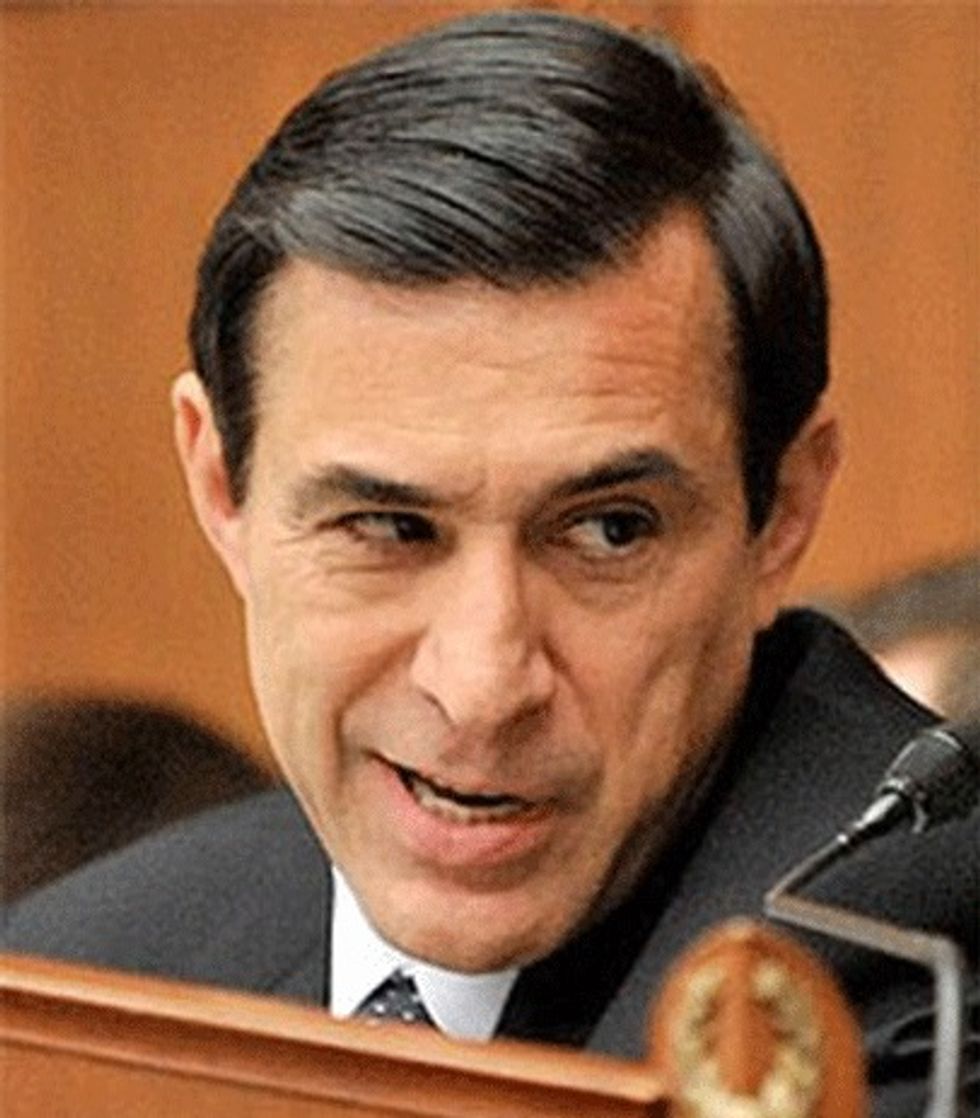 Perhaps youread in the Los Angeles Times last week a really obscene story about National Guardsmen and women being forced to pay back to the Pentagon enlistment bonuses of many thousands of dollars. People were losing their houses, after doing tours in Iraq and Afghanistan for years, because under enlistment quota pressures, a couple few people gave out more in bonuses to entice them to GO KILL PEOPLE AND POSSIBLY BE KILLED than was properly allowed!

It was awful, read it now!

Well, Darrell Issa, who is in a tough race against a Camp Pendleton colonel, Democrat Doug Applegate, for his San Diego Congressional seat, is very mad about it too! To wit!

Darrell Issa is right, the Pentagon SHOULD pay back every penny it's seized from soldiers whose only crime was agreeing to reenlist under George W. Bush's Pentagon! The problem is, according to the California National Guard, the law won't let them just stop robbing all the soldiers. (As usual, Barack Obama is just stone cold ILLEGALLY EXECUTIVE ORDERING the Pentagon to stop it, and today, his Defense chief ordered it stopped! Which is what you do when Congress abdicates its responsibility for everything that doesn't include "Hillary's emails.")

But do you know who could change that law? I will give you a hint: It is Darrell Issa, and according to Military.com, he has known about this problem for two years! WHUT? I KNOW!

WASHINGTON -- The California National Guard told the state's members of Congress two years ago that the Pentagon was trying to claw back re-enlistment bonuses from thousands of soldiers, and even offered a proposal to mitigate the problem, but Congress took no action, according to a senior National Guard official.

Tell you what, Darrell Issa, you go investigate Benghazi some more, and let this Colonel Doug Applegate fellow take care of the big boy stuff. You obviously can't do it your own dumb self.