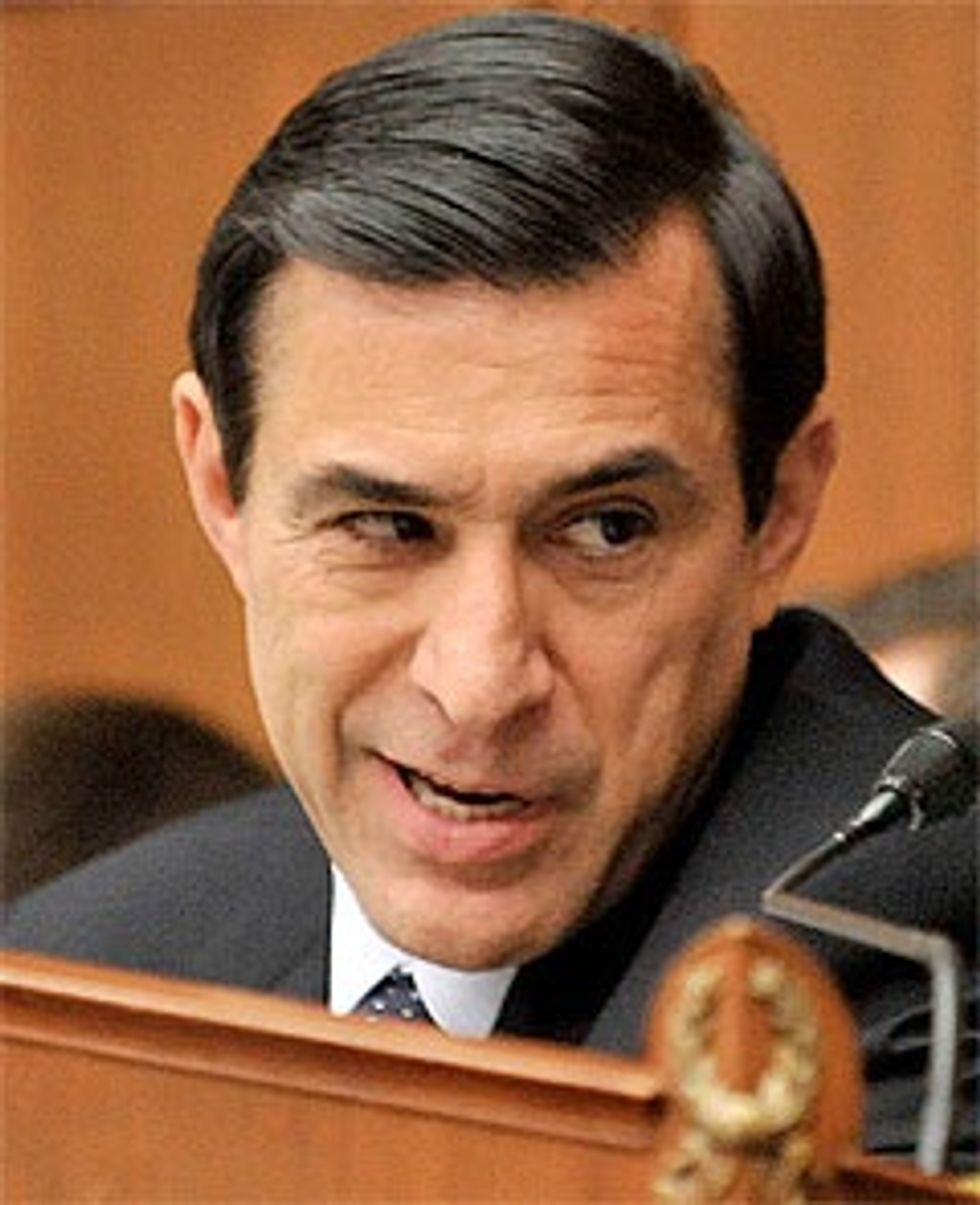 Oil-soakedarsonist car thief Rep. Darrell Issa, the unlikely subpoena-wielding chair of the House Oversight and Government Reform Committee, appears at long last to be fulfilling his duty of stickin' it to the Obama administration over one grossly exaggerated scandal during an election year. Since Issa and AG Eric Holder weren't able to reach a deal about releasing documents pertaining to Operation Fast and Furious, the ATF "gun walking" sting gone wrong, both sides are digging in for the coming annoyances. Evil authoritarian Barack Obama today became a Man by invoking executive privelege for the first time; Issa's committee, meanwhile, is prepared to hold a contempt vote on Holder this afternoon. So exciting! How much longer can it be before Rep. Dan Burton starts shooting pumpkins?

The last time House Republicans brought contempt proceedings against a Democratic attorney general was... the last time Democrats had an attorney general, Janet Reno. The oversight committee voted to hold her in contempt in 1998 for being unattractive, but a deal was cut before the full House ever got to vote on it. (For more on Janet Reno's unattractiveness, we refer you to the classic John McCain joke, "Why is Chelsea Clinton so ugly? Because her father is Janet Reno.")

But dealmaking is not this Republican Congress' forte, and Eric Holder is blah, so he should prepare to be prosecuted by one of his subordinates:

If the House committee cites Holder for criminal contempt, it would open a process that would require House Speaker John A. Boehner (R-Ohio) to schedule a floor vote. If passed by the full House, the matter would then move to the U.S. attorney for the District of Columbia, Ronald C. Machen Jr., who is an employee of the Justice Department.

It's becoming clear that if this era in American life and politics is remembered for one thing, it will be "Operation Fast and Furious."