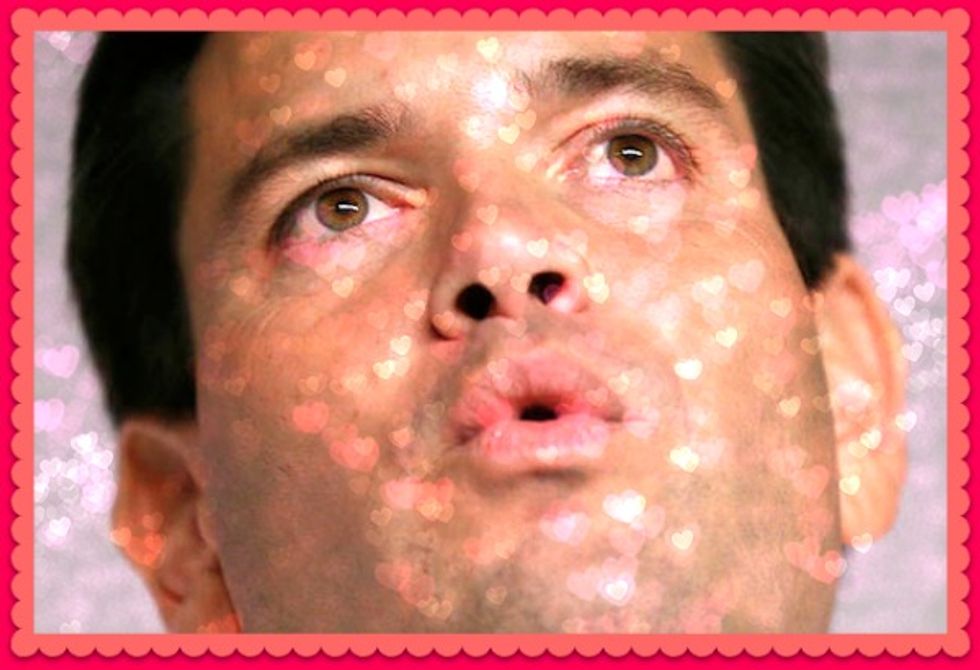 those eyes! those lips! that hair!

You know who has the literal worst thoughts in the entire world? David Brooks. Besides being as annoying as the midnight-sun-in-the-arctic-day is long, the man is both constantly behind the curve yet utterly delusional.

[contextly_sidebar id="vRMsjtIaY5rbZ5DqJLWjgDdUSkxm5BWz"]Remember a couple weeks ago when he was the last person in America to finally figure out that Ted Cruz is a massive dick, and he had to write a column about it? And he had to fling around words like "brutalism" because he thinks it makes him sound smart, when the rest of us know it makes him sound like a petulant child who was praised once -- just once! -- for using a big word and now won't stop.

Apparently, Brooks didn't feel like he'd whined an adequate amount the previous week, so a few days ago he trotted out another whiny ass titty baby exegesis about how Cruz was ... oh Christ, we don't know. About how Cruz was wrecking everything because he's the ugly underbelly id of the Republican Party, basically, when David Brooks fancies himself the spiritual heir to William F. Buckley or some shit. And then he tried to exhort his fellow Republicans to organize themselves against the Tide of Ted and instead back some sort of Pony Q. Unicorn GOP candidate.

God. You can just hear him saying this at a dinner party, can't you? He'd be so certain that everyone was enraptured with his Big Thoughts when instead everyone was plotting how to get to the kitchen, smash open a wine bottle, and open their wrists so they didn't have to listen to him any longer. But you know him. He wouldn't shut up, no matter how many discreet -- and indiscreet -- signals he got to do so, and pretty soon he'd be so excited he'd be spitting flecks of mashed potatoes across the table as he hit his big finish: Mr. Pony Q Unicorn is ... Marco Rubio???? WTF?

Yes, that is David Brooks on your emm ess emm Sunday morning teevee shows, utterly sure that the Trump and Cruz wings of the party will eat themselves and then Marco Rubio, the love of David's life, will swoop in and rescue us all with his dreamy eyes, his snappy shoes, and his terrifyingly retrograde view of the world. Seriously, in what universe is Marco Rubio a compassionate populist reformer? In what world does Rubio have a ghost of a chance at getting the nomination? The world between David Brooks's head, that's where. What an awful place to be.