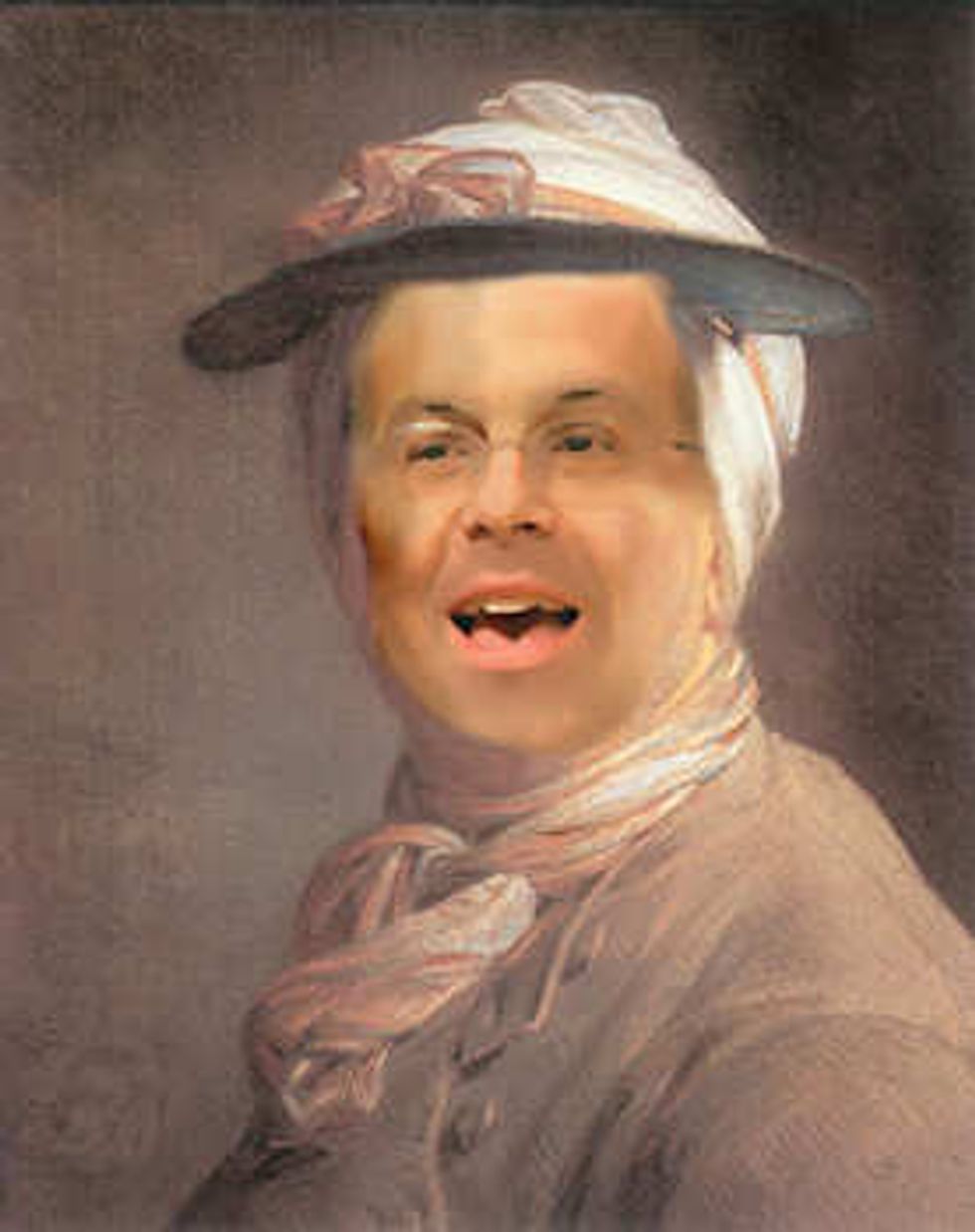 If you're a top-flight columnist, you get some perks in addition to a flattering photo next to your byline, like interns and assistants and stuff, people who can take care of the boring details that might get in the way of your creative genius. Or if you're David Brooks, they take care of the boring details that get in the way of writing whatever blandly conservative-tinged both-sides-need-to-be-reasonable twaddle you're slopping together today. And thanks to aninterview with Katie Couric on the Yahoo News, we learn today that Our Mister Brooks doesn't read the online comments on his columns, because they're just too painful:

“I used to read them, but it was just too psychologically damaging,” Brooks said of the comments. “So then I would ask my assistant to read them.”

We can't really blame him, since the help is available, and we'd agree that people on the interwebs can be pretty darn mean! But there's just something about David Brooks saying it that makes him sound especially whinydouchey, no?

Brooks also said that most of the most “punishingly negative” comments boiled down to an unkind comparison: "Paul Krugman is great; you suck.”

Ouch. And we wholeheartedly agree, too. We do feel for Mr. Brooks; lord knows we've gotten our share of unkind cuts, like this one by "SWelch" from the comments queue that we were saving for a sunny day:

Please tell me the Doktor Zoom is not as stupid as this article makes him out to be? I have seen brighter burnt out light bulbs.

Maybe David Brooks would feel better about all this if he'd just dive in and write his very own "Dear Shitferbrains" column like the one that will be winging its sodden way to you dear Wonkers later this afternoon (that's what you call a "teaser").

David Brooks also claims that for all the angerbears online, he's only actually encountered two people who yelled at him in real life:

“I think in my whole life I’ve had two people come up and be nasty to me,” he reported. “Once I was at the Museum of Modern Art and this astoundingly good-looking woman came up to me and said, ‘I hate you.’"

Sigh. Once again, David Brooks disappoints. You just know that Paul Krugman would have followed that by telling us about the ensuing hot sweaty hatefuck.

[Mediaite / Image credit: Sadly, No! (and mysteriously nowhere else?)]