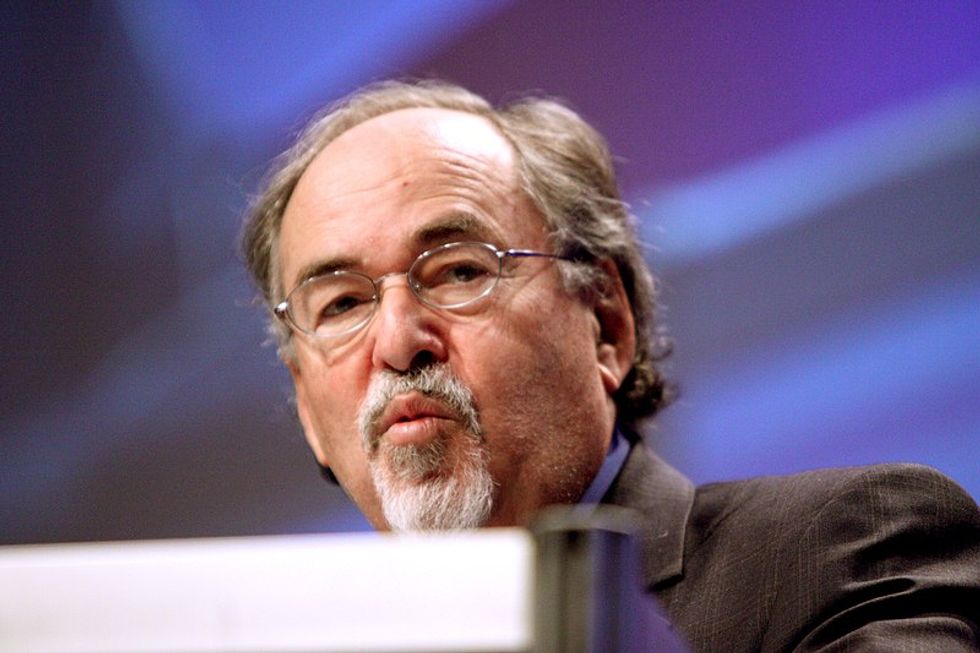 HIV/AIDS-mandatory-testing fuckboi David Horowitz strikes again. Nope, it wasn't enough that he chastised the military for responding to sexual abuses gone unpunished for far too long, opining that those poor career officers were being ruined by those ball breaking skirts in Congress in a white boy witch hunt! This time he's decided to give the strange fruit of our country's murderous Jim Crow history his special cracker ... erm, ahem ... crack-on perspective. After "60 Minutes" and Auntie O gave us a glimpse of the memorial for known lynched victims opening this spring, Breitbart juice drinker Horowitz proselytized that lefties are so reactionary! One-third of lynching victims were white people! It was just frontier justice, yo! Nothing to do with racism, like, At. All. Y'all. And who is the real racist? YOU KNOW THE ANSWER TO THAT.

And then he sextupled down.

[Update/Correction: Horowitz is exaggerating; the actual figure is more like one-quarter, a bit above. And whites who were lynched in the South were usually murdered for helping blacks, for voting Republican, or -- you guessed it! -- opposing lynching -- Dok Zoom]

(Yes, there were many more. You're welcome. And also: You're the real lynch mob, y'all.)

Turns out he'd written an opus on the damn thing, and he was flogging it HARD to those who maintained that lynching was something other than some sort of colorblind, pre-Nixonian Law and Order.

You know that feeling when you pop open an innocuous looking container of food that you thought was younger than it was and the smell instantaneously smacks the shit out of your nose, letting you know your world has gone very, very bad? And then settles in the back of your throat making you gag hard? Yeah. Horowitz has the caucasity to assert, "In other words, every black person alive in this country today owes his or her freedom to America..." In other words? What other words you nutty garbage bag? I'm not sure who he thinks brought our black asses here in the first place? (Wait, I do know, he said so clearly: It was other black people, and the white people who bought and bred them are somehow the real victims.) So that gem starts the second paragraph and you know the whole thing was an Ode to How Much White Male MotherFuckers Like Dave Hate Having a Fly Ass Smarter Than Him Black Man As President. For fuck's sake he mentions Obama in the first line of "ANATOMY OF A LYNCHING: The political uses of race." Like so:

According to President Obama racism is “part of the DNA” of America, transmitted through the generations from its origins right to the present. This statement is perhaps the most malicious libel ever uttered by an American president against his own country.

The Diaspora objects, you evil smirker!

What happens to a dream deferred? Maybe it sags, like a heavy lode of bullshit? Does it go to Cal Berkeley in the '60s as a Lefty and mutate into a foul lynching apologist decades later? Just how does that work? Is Horowitz a damn shape-shifter? A transformer? Conservatives! Ra-cists in dis-guise! Not tryna hear his pseudo intellectualized trash sonata because guess who isn't Kizzy no mo'? Wannabe Massa Dave can kiss my black ass. We all know one when we see one, hear one, read one. Anyone that tweets "Lynchings were bad but they weren't mainly about whites yanking blacks off the streets and stringing them up" deserves to be on the SPLC "Most Wanted" poster (and his horrid goatee too!).

Horowitz must have been salivating to pipe up and share his White People Suffered More From Lynching argument after that Commie show "60 Minutes" aired those well known and horrific photos of public lynchings of black folk, with pale gremlins smiling like it was Disneyland and the murdered carcass was Mickey. Somehow David Horowitz the Racist Whisperer has twisted his ignorant position on lynching to match the oft parroted and equally ignorant assertion that "slavery didn't start in America! Africans did it too!" That's a whole 'nother barbeque, mi gente. And I don't mean one that serves potato salad with raisins.

Wonkette is supported ONLY by readers, and we're bringing on new writers like Wonderbitch and A Nice Lady. Can you kick in to help?