David Plouffe Going To Tell It To You Straight: You Make Democrats Lose 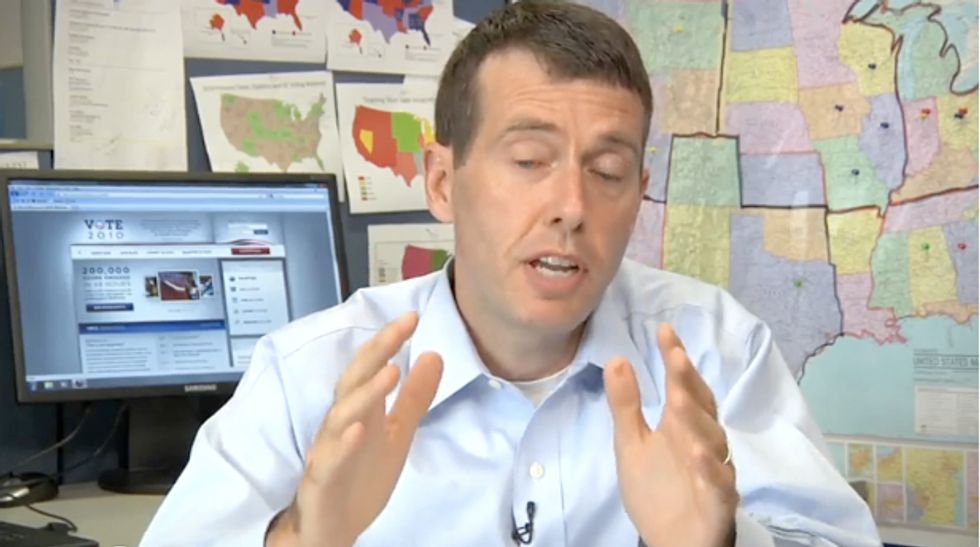 Listen up, liberal assholes. You're not excited to vote in the midterms this year? Go fuck yourself. Look atthis video that David Plouffe e-mailed out: he has a bunch of maps behind him. You want to doubt him? Look at these fucking maps. He knows what he's talking about. Do you know how hard he worked on those maps? Your friend Barack Obama is going to lose his majorities unless you give him some money and then get off the Internet and go yell at some people to vote.

Time to get off of Organizing for America's e-mail list, unless you want David Plouffe in your inbox the day after the election, accusing you of ruining humanity. JESUS CHRIST, YOU GUYS, THERE ARE 70 SEATS IN PLAY. PAY ATTENTION. [YouTube]