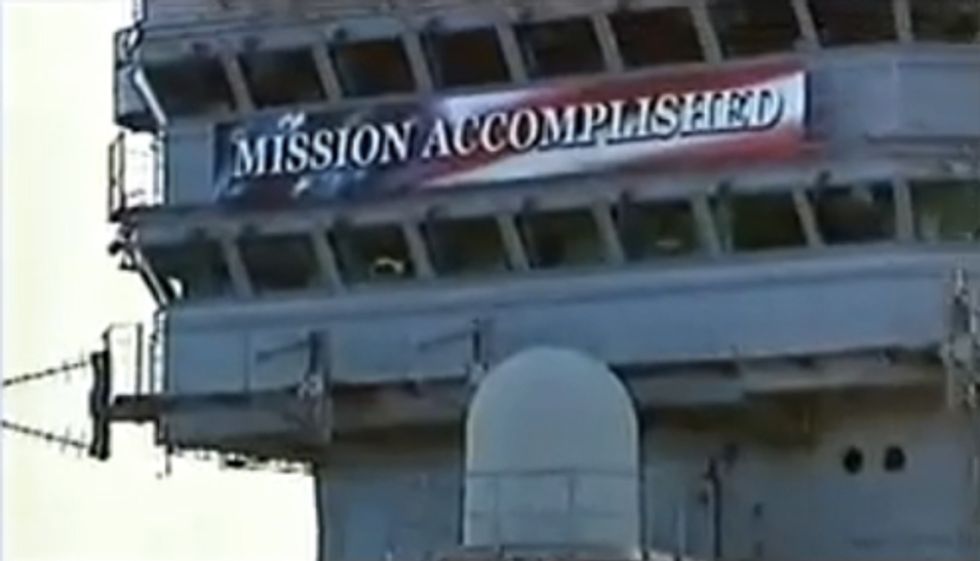 Congratulations, wingnuts! One of thoselongshot legal challenges to the Affordable Care Act finally found a sympathetic venue! The D.C. Circuit Court of Appeals ruled today that, thanks to a technicality in the way the law is written, subsidies for insurance premiums cannot be paid to people who sign up through the federal exchange. It doesn't quite kill Obamacare -- it just throws it into chaos and sets up an inevitable Supreme Court case. Let's take a look at this latest stinking pile of awfulness, shall we?

At issue was some unclear phrasing in the text of the ACA -- the sort of glitch that might have been ironed out in a conference committee, except that the bill never went to committee. The key provision is a poorly crafted line saying that subsidies will be provided to people who purchase health insurance “through an exchange established by the state.” The plaintiffs in the case claim that since the legislation doesn't say that subsidies would also go to people buying insurance on the federal exchange, then voila: no subsidies for people whose state legislatures refused to build their own exchange.

The intent of the law was that people who qualified would get a subsidy regardless, but two of the three judges on the appeals panel agreed with the plaintiffs:

"We conclude that appellants have the better of the argument: a federal Exchange is not an 'Exchange established by the State,' and section 36B does not authorize the IRS to provide tax credits for insurance purchased on federal Exchanges," Judge Thomas B. Griffith wrote for the court in Halbig v. Burwell.

His ruling was joined in a concurring opinion by George H. W. Bush-appointed Judge A. Raymond Randolph, who said it would be a "distortion" to let the federal exchange provide subsidies. "Only further legislation could accomplish the expansion the government seeks," he wrote.

Carter appointee Harry T. Edwards wrote in his dissent, "This case is about Appellants’ not-so-veiled attempt to gut the Patient Protection and Affordable Care Act," which is about as accurate as you get.

Griffith said that the court felt real darn bad about insisting on applying the strictest possible reading of the law's text:

"We reach this conclusion, frankly, with reluctance," Griffith wrote for the court. "At least until states that wish to can set up Exchanges, our ruling will likely have significant consequences both for the millions of individuals receiving tax credits through federal Exchanges and for health insurance markets more broadly. But, high as those stakes are, the principle of legislative supremacy that guides us is higher still."

The Obama administration is expected to appeal the decision to the full DC Circuit, which has 8 Democratic appointees and 5 Republican appointees; four of the most recent appointees came onto the court after Senate Majority Leader Harry Reid crammed the nuclear option for judicial appointments down the Senate's throat. So that's a likely win for restoration of the subsidies for people who bought insurance on a federal exchange.

But then the case is pretty much guaranteed to be appealed to the Supreme Court, where Antonin Scalia will probably rule that in the strictest interpretation of the text, the ACA only allows subsidies to be paid to armadillos with leprosy. But not if they want contraception.