Dead Breitbart: Why Are All These Black People Forcing Trump Supporters To Kick Their Ass? 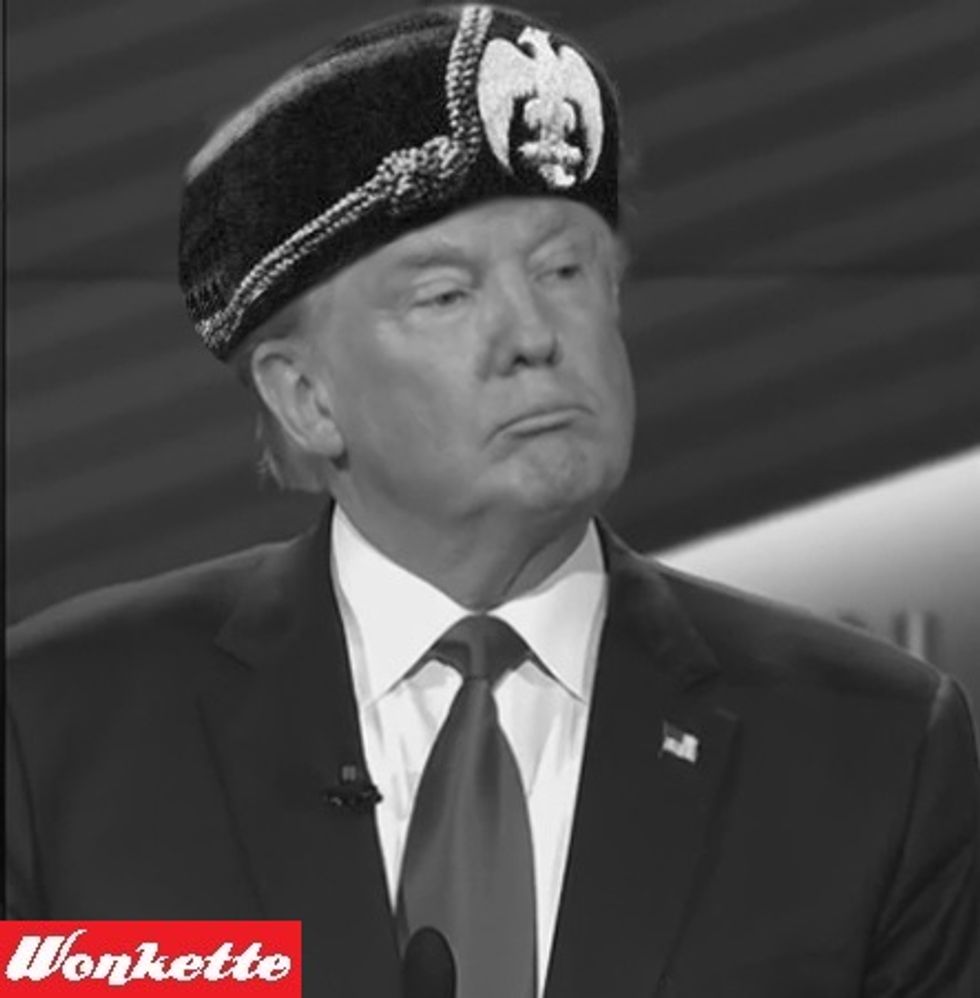 Why's everybody always picking on him? He's a winner!

[contextly_sidebar id="Aq2h2dfZN8ovtLEXM2KKRJjvJC2aGUgk"]Hey, you know how Donald Trump's rally in Las Vegas Monday was disrupted by a number of liberal protesters, and Trump supporters went Full Brownshirt on them, yelling unpleasant things like "Kick his ass!" "Shoot him!" or "Light the motherfucker on fire!" as the infiltrators were dragged out by security? WELL! [contextly_sidebar id="qwFCQpR3QgZvW23LrpwBPPpVqHqAa5f7"]The good folks over at Dead Breitbart's Ragehouse and Independent Trump Lobby, LLC, would like you to consider an alternate hypothesis: all of the real misbehavior came from the liberal troublemakers and carefully planted confederates pretending to be Trump supporters, and the whole thing was either coordinated with -- or at the very least misrepresented by -- the DC Media, which is a wholly owned subsidiary of the Hillary Clinton campaign, and also "The Blacks."

Considering the sleazebag operation Ben Smith runs, it would not surprise anyone to learn that there is a direct collaboration between BuzzFeed and the Black Lives Matter protesters currently organizing massive disruptions at Donald Trump’s campaign events. Regardless, the collaboration is at the very least unspoken, and not just with BuzzFeed. The entire DC Media Complex is sending out a loud and clear message: If you disrupt these campaign events, we promise to make Trump rallies look like Nazi gatherings.

[contextly_sidebar id="3uzRvLhjoDRNDsqehQ5mfkmyqGBjXJ08"]It's so obvious, when you think about it! It certainly couldn't have anything to do with Trump's 100% inoffensive policy positions, which are directed only at illegals, evildoers, and those who look like them, or to Trump's popularity with actual neo-Nazis, because as Donald Trump himself has made clear, he is no fan of Hitler, OK? Donald Trump has already denounced white supremacists, sort of, a little, like that time he said he didn't need David Duke's endorsement:

Asked whether he would repudiate the endorsement, Trump said “Sure, I would if that would make you feel better.”

Heaven knows, you can't imagine a stronger repudiation of extremism than that.

Nolte goes on to how the lying lamestream media is trying to set a "Narrative Trap" for the Trump campaign:

Just one day after the New York Times compared Trump supporters to Nazis, at [Monday's] rally, a so-called “Trump supporter” yelled “Sieg Heil!” as a Black Lives Matter protester was hauled away by security.

Do we know it was a real supporter of Trump? We do not -- it was merely someone at his rally! Further, Nolte uncovers a remarkable series of "coincidences" that point at the possible media conspiracy. Prepare to have your mind BLOWN:

And get this, BuzzFeed’s McKay Coppins just happened to be nearby, not just to witness a different melee but to record a Trump supporter saying, “Light the motherf***er on fire!”

Does that sound just a tad too neat to you?

[contextly_sidebar id="5eLn8fSnslfrZuNVfSxJhaYXjn3eOY1u"]You might recall that Breitbart.com was the conservative sex organ that played a key role in portraying McKay Coppins as a creepy pervert liar-man after Coppins wrote a hilarious profile of Trump, back in those innocent days when nobody thought Trump would be idiot enough to actually run for president. Trump, ever the mature executive, fired a flunky for having let Coppins near him. What we are saying is that the Trumposphere regards McKay Coppins with all the warmth and respect they'd give the Ebola virus or a Toyota Prius. Oh, and yes, Coppins has a book out.

Nolte also approvingly quotes one of his bosses, Breitbart senior editor at large Joel Pollak, on the "Sieg Heil!" contretemps, pointing out that the Lamestream Media failed to give the Sieg Heiler the benefit of the doubt (as they certainly do for BLM protesters):

The notion that “Sieg heil” might have been shouted ironically – as leftist protestors occasionally do at police – seems not to have occurred to [NBC’s] Sarlin, who perhaps should not leave his “safe space.”

Thanks to his NBC report, Trump’s event is being described by critics as a Nazi rally.

The truth, as I reported (and live-Tweeted), was that the atmosphere was “rowdy,” but enthusiastic. The heckler was standing on the far left side of an audience with some 2,000 people. The crowd was diverse; Breitbart News spoke to several African-American supporters. No racists or “Nazis” were in evidence.

Joel Pollak didn't see no Nazis, so there were no Nazis. Duh. Nolte explains how this sad state of affairs has come about, maybe:

Don’t put it past our craven, corrupt DC Media to collaborate directly with Black Lives Matter in an organized effort to take Trump down. Undoubtedly, more than a few relationships were created between our media and these protestors as they worked hand-in-hand to burn down Ferguson and Baltimore.

We suppose it would be outright biased of us to point out that both Ferguson and Baltimore are in fact still standing, despite the best efforts of Big Media and The Blacks.

As for Nolte, it would be irresponsible of us not to speculate: is John Nolte an actual insane person? Or just really, really happy to lie? Or both? We'll give him this much credit -- he didn't join in the Twitter Trump Brigade's insistence that it was McKay Coppins himself who had yelled "Light the motherfucker on fire!" while recording a protester out of the hall.

In reply to Coppins's amused tweet about that, one reply (from "White Culture Daily") even "gotcha'd" Coppins, noting that even Coppins "admits" it was plausible. We are very impressed by the investigative skills of these white supremacists proving that only a liberal plant could possibly be trying to make a Trump gathering look like a collection of white supremacists.