Dear Pissed-Off High School Kids: If Adults Threaten To Punish You For Protesting, FUCKING DO IT ANYWAY 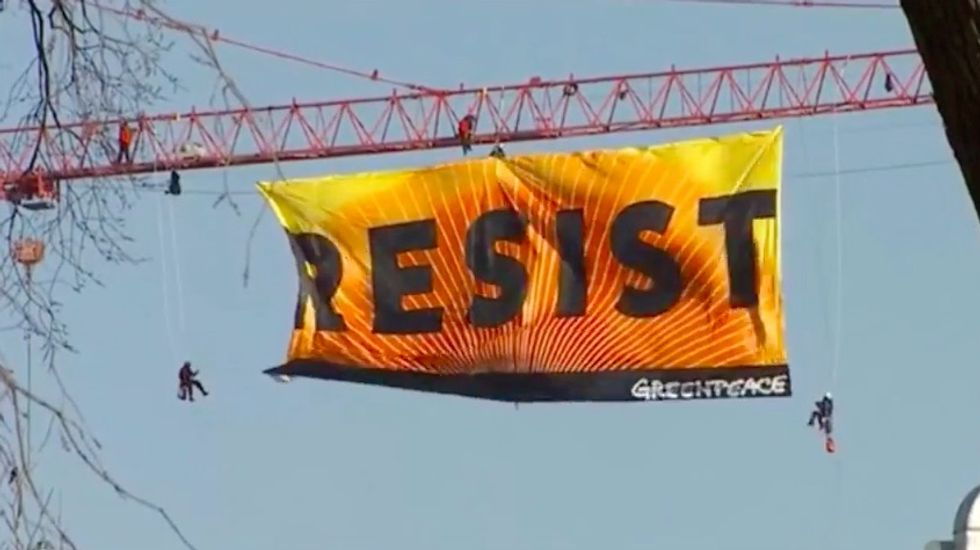 Smart American kids who don't really feel like being shot at today are planning national school walk-outs and huge anti-gun rallies all over the country in the coming months, to push the adults in charge to finallyfuckingfinally do something about our uniquely American gun terrorism problem. So of course, predictably and like clockwork, some of those adults in positions of authority have decided to threaten to punish those kids, for so disrespectfully exercising their Constitutional rights.

Such is happening in the Needville school district in Texas, near Houston, where Superintendent Curtis Rhodes is threatening to punish his kids for doing what's right:

In a letter sent to families and published on schools' social media sites, Rhodes said students would face a three-day, out-of-school suspension if they joined in growing protests nationwide over the shooting at a Florida high school last week.

"Life is all about choices and every choice has a consequence whether it be positive or negative. We will discipline no matter if it is one, fifty, or five hundred students involved," Rhodes wrote. "All will be suspended for 3 days and parent notes will not alleviate the discipline." [...]

Rhodes said the school district is sensitive to violence in schools, but said his schools' are focused on education, not political protests.

"A school is a place to learn and grow educationally, emotionally and morally," Rhodes wrote.

"A disruption of the school will not be tolerated."

High school students of America, does that sound like a dare to you? Because it sounds a lot like a dare to us. TAKE THE DARE. And if they threaten even harsher consequences, take the DOUBLE DOG DARE. You've got this.

Kids, it is your right to protest in the United States of America. (Seriously, click that link to learn about your rights if you need to brush up.) Also, a little civil disobedience is called for sometimes. Just ask Congressman John Lewis, who was beaten on the Edmund Pettus bridge in Selma, Alabama, because black folks wanted to register to vote.

And you're gonna be worried about some superintendent threatening to mark up your permanent record with his stupid red pen because you spoke out about not wanting to get mowed down by bullets at school? LOL, like hell you are.

If superintendents, principals, teachers, or anyone else threatens to punish you for exercising your Constitutional right to protest for the cause of "I do not wish to be gunned down at school or anywhere else with semi-auto weapons," if they say they're going to suspend you, if they lie and try to convince you colleges won't look at you if you are so disobedient, call their motherfucking bluff. Walk out of that school, locking arms with all your friends as you go.

And if they make good on their threats? Take the three-day suspension, and while you're sitting at home thinking about how naughty you've been, call the ACLU. Those civil rights lawyers love shit like this! And if you're worried about getting into college, write your college entrance essay about why you walked out and what it taught you. Godless liberal academia loves shit like that!

REMINDER TO SENIORS: It's February. If you are college-bound, your admissions stuff is probably already finished. Even more reason to tell Principal DoucheRocket to get bent!

Also? You all probably have serious senior-itis right now anyway, so just do whatever you feel the Lord is leading you to do.

This has been a Wonkette public service announcement, for the badass high school kids of America, who will lead us out of the hell in which Donald Trump, the GOP and the NRA have placed us.

Wonkette is ad-free and has no outside investors; our salaries and servers are fully paid for by YOU! Please pay our salaries, so we NEVER DIE.