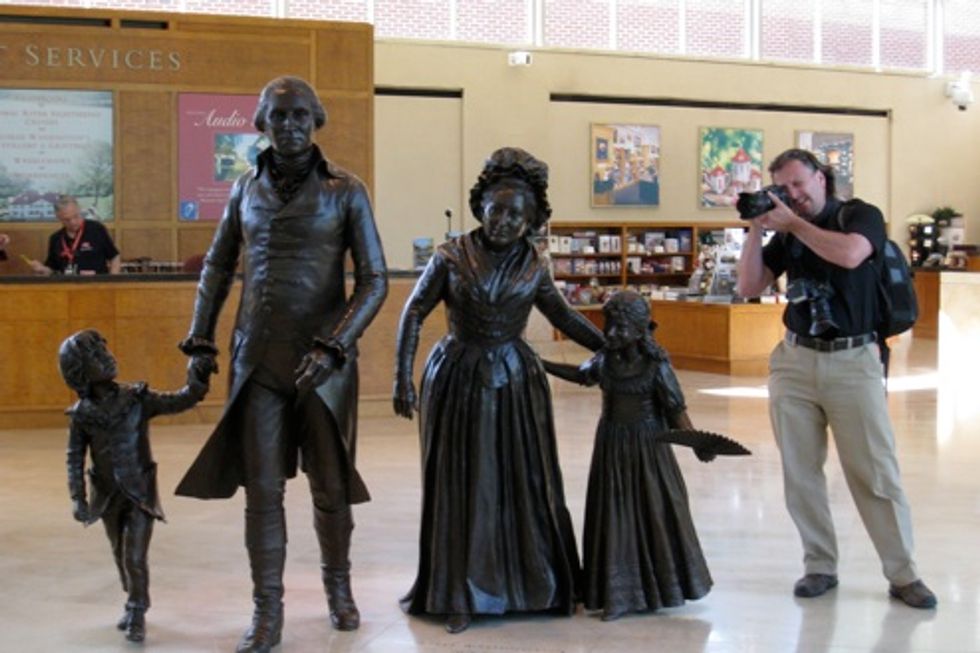 So we arrived here late, of course, due to Tories, and scarfed down a few blueberry muffins before departing on a grand tour of George Washington's farm. We saw a museum under a sheep pasture, where they store George Washington's skull (pictured above). Did you know the father of our nation was a hologram? Well, now you do.

Then we took a little spin around the sheep corral, which was packed to the fence line with dead animals. Or maybe they are sleeping? Swine flu!

At last we and our fellow internees were told by the dead ghost of George Washington (Heath Ledger) which work camp we were going to. We are apparently headed to Monticello, the famous home of Thomas Jefferson's Koran. Other people -- doomed souls in purple, blue, and green Humiliation Garb -- are being sent to beaches and stuff for "historic adventure tours" but rumor has it your Yellow Team will get to ride SEGWAYS, just like George W. Bush's Secret Service detail.