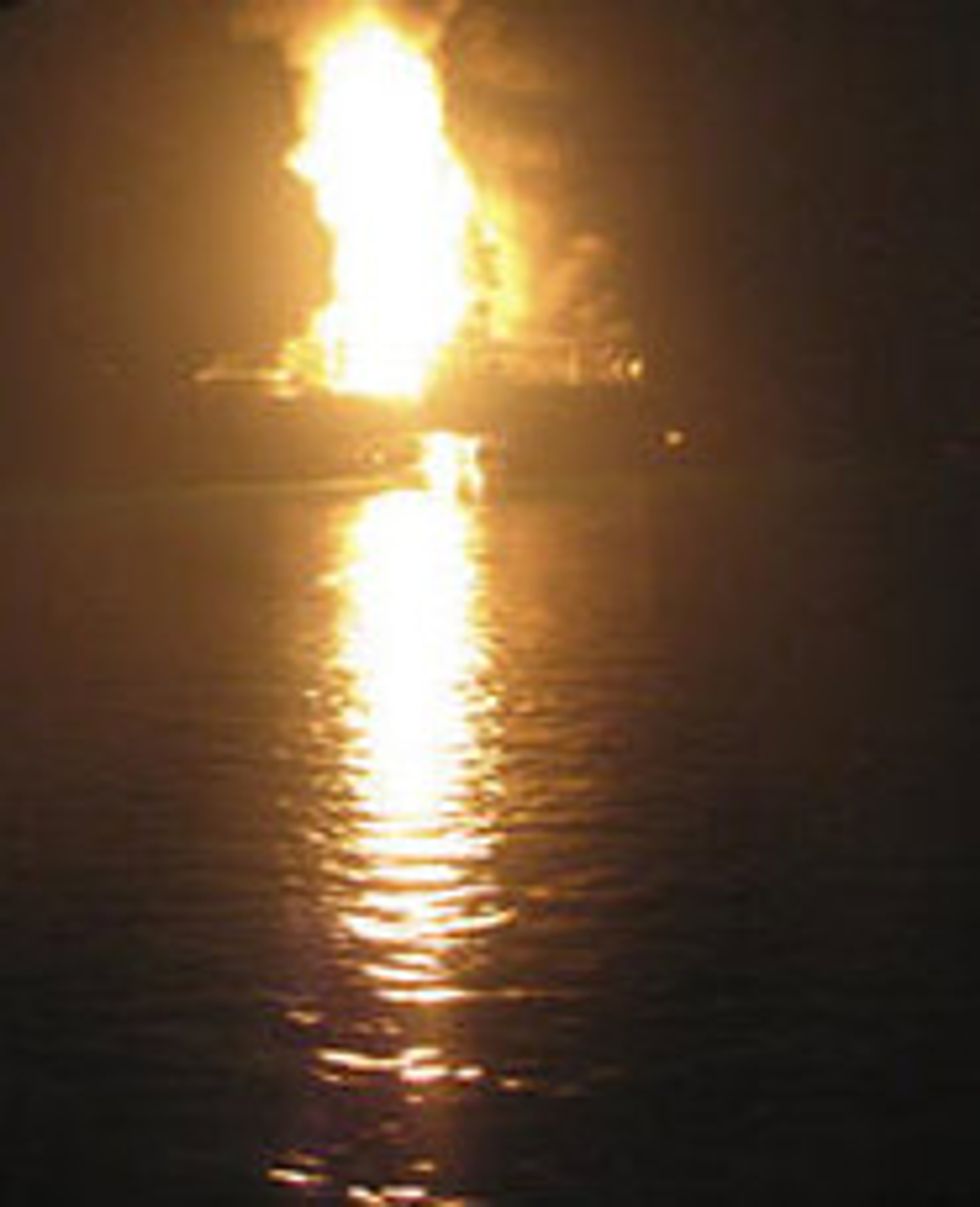 The workers who survived the awful explosion of the Deepwater Horizon/BP oil rig weren't simply taken back to shore after their harrowing escape and rescue -- instead, according to lawyers for the survivors and interviews withThe Guardian, they were detained for up to 40 hours at sea, unable to even call their families until they had signed legal documents absolving Deepwater Horizon.

Lawyers say the isolation was deliberate and that Transocean was trying to wear the men down so they would sign statements denying that they had been hurt or that they had witnessed the explosion that destroyed the rig.

The White House just announced that Barack Obama is going to the Gulf on Friday to, who knows, yell at BP. [Guardian/Yahoo News via Cryptogon]