Deleted Comment Of The Day: If We Were Really Progressive We'd Hate Blacks And Mexicans? 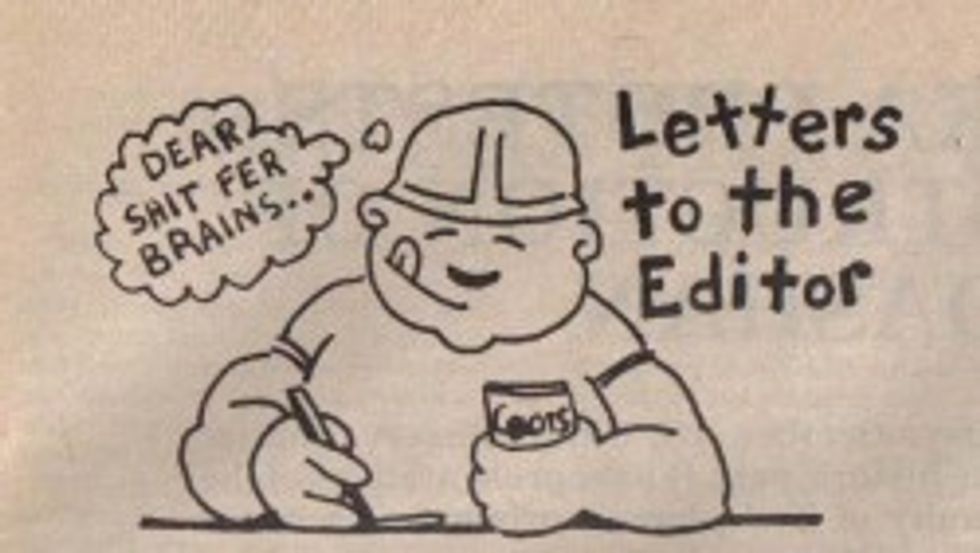 Oh, well this is ... what is the opposite of fun? It is that. Let us think of some words for that: Gross. It is gross. And sad. And icky. And yuck! Oh, at first we assumed it was just some Occupy kids calling us out for our undying love of the Droner in Chief, which: fair enough! We voted for Nader (twice!), and itappeared to have some consequences to it! So now we are pretty much "DON'T CARE" if the Dems are corporatist moneyslurpers or love to bomb people from very far away, we are reasonably okay with that! But, no, "unperson192" had more to say, in a comment that he (he, right?) typed from the ether straight to our moderation panel, and it seemed to boil down to: if we claim to love the poor, we will help get rid of blacks and Mexicans. Huh.

anti-racism, affirmative action, and the rest of the fakeleftist, social leftism regime is strongly supported by the top of society, by govt, by corporate hollywood, by the corporate media, by huge corporations, by the educational industrial complex. Strongly supported by all these rich and powerful institutions. If anyone fails to toe the PC line, they are destroyed by those in power in society. The civil rights movement itself grew out of the elites and was never supported by the white working class majority bloc.

Doesn't that, in and of itself, tell you something?

Whose side are you on?

You are on the side of the rich and powerful. Whatever else is true, that fact is undeniable.

Yes, the rich and powerful want lower taxes, fewer workers rights and all the rest of the economic treats for them. And you oppose the GOP in that respect.

But the rich and powerful also want cheap labor via racial integration, mass immigration of nonwhites, affirmative action etc. And you are firmly on their side there.

Whichever party wins, the elite win. The GOP and Dem base ensure that. And you are part of the elite army on the Dem side.

Sorry, dude. We are part of the elite Marine Corps on the Dem side. We thought we had established that.