Deleted Comments Of The Day: But Who Will Censor The Censors? 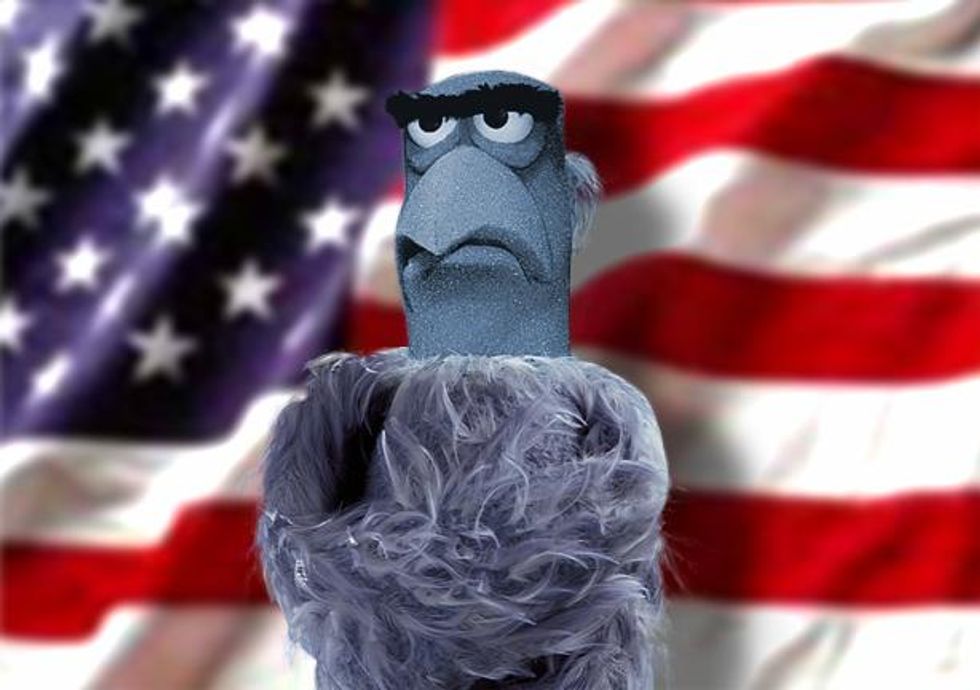 Normally, it is Doktor Zoom's job to shovel through the foaming pig shit that is the words and thoughts and pinions of the mouthbreathers and idjits (ABLEISM) who decide it would be fun to comment at yr Wonket. Unaccountably, we let Zoom take a "vacation" this week -- if he comes back to us, he's ours -- and that means that we are the ones who get to put on our hipwaders and dive right in. Yay us. Yay foaming pig shit. Yay new "commenters," who will get to fly free this once, only to be consigned to the IP-blocker of history.

First up! We musta got linkied somewhere real smart and educated-like, because a whole bunch of "folks" done wrote in to tell us we were all wet when it comes to making fun of idiot California Republican legislators (but we repeat ourselves) gettin' their jockstraps all up their anuses over transgender restrooms what'll turn all the boys into shemales so they can see some cisgirl boob. (TRIGGER WARNING.) That story was from AUGUST y'all!

Wrong I have a whole list of what' this man has done. You liberals have ruined this state we now have one in five in poverty. Everyone on welfare. I can bet money that almost everyone of the posters on here voted for obozo.....and brown, pelosi, reed.....yup that's the face of failure follks......and YOU FRICKEN CAUSED IT.

It is true, we did fricken caused it, voting for that dumb old Jerry Brown and his failure face.

This new law is not okay with me. My daughter is in her last year of high school thank God. I used to love this state the liberals have absolutely ruined it along with the illegals. Jerry brown is a joke he should have been recalled well he should have never been re-elected. I hold the media accountable 80% if you had told the damn truth he wouldn't have been.

How does Dok find funny things to say about these? That dude is so boring! All "lamestream media" this and "forgetting what a terrible asshole candidate Meg Whitman was" that and "not even knowing he lives in California, like fucker probably moved here from Iowa the first time Jerry Brown was governor," BO-RING.

We got many thoughtful thoughts from the fine upstanding citizens of Pine Bush, New York, who denied that they have a Joo problem:

Haha This is all ridiculous, I grew up in this town, as did my parents and my younger cousins are there now. I have yet to see a swastika anywhere in that town lol. I got picked on for being tall though, I knew I shoulda sued.

Haha lololol so funny when girls are held down and have swastikas drawn on their faces and the school never does anything about it except tell the Jooz to move, anyway this guy never seen nothing like that and where is the Jew lawsuit money for the poor white tall men hengghhh???? CASE CLOSED.

Then there was this thing, from "Bullcrap101." We've gone ahead and inserted paragraph breaks so you can easily read the whole not racist spiel, which is totally not racist:

I've lived in pine bush my whole entire leg and not once have I ever seen a swastka anywhere! This is complete ludacris and guess what if any of you knew the real story and actually had th intelligence to use the google search engine you would see what was going on.

All of this is coming to light due to the dirty dealings between public officials and a Hasidic developer. Why don't you Google Hasidic Jew and all the controversy they have caused in Monroe where only a few homes turned into a village of 10,000+ residents.

Here is another one for you look up the poorest town in the United States and kiryas Joel will pop up. You can also find articles on how they were running a ring within their community which was busted after a 2 year long investigation by the Feds for tax evasion and stealing millions from the government. These articles that you are reading are just a smoke screen as to what is going on behind the scene. They are trying to lead you to believe that we are a community of "inbred" racists. We are a tight knit community who grew up together and don't want to carry the burden of others.

Times are already tough enough why make it harder? Most Hasidic Jews are on welfare so please assume te worst before you even look in to the whole situation. This is why our nation is corrupt because of sheep like you all who simply follow where you are told.

This is nothing but a sham to build their 360 units and a private school. We don't want any private schools in our community because guess who has to pay for it? Everybody who isn't benefiting from it, no non-hassidic citizen will be allowed to attend that school.

Our district would have to supply buses and disability. No problem, in any case that would be fine. But when Monroe supplied buses they were sued for having female bus drivers and needed to cater to there specific needs, so yes let's put hard working women out of work because young men cannot tolerate a woman earning an honest living.

Even when programs for the disabled were provided they weren't good enough bc it was not on there grounds and because they lived a "sheltered" life they could not attend programs provided. So there goes more money. When budget cuts come a long and your fighting to keep your kids sports, music ad art programs look what caused that.

Why don't you drive through Sullivan county and see the horrible living conditions of there communities. I love my home and too see it turn into an overrun urban area is heart breaking. What makes our town so beautiful is how we come together.

After every lose we come together. I don't care what anybody says when a friend from school passé away we were there for each other. Racism is everywhere and to simply point a finger at one community is nothing but a means to an end for our government to make a quick buck.

The man who made the deal with the Hasidic land developer recently went through a messy divorce after cheating on his wife who was a lawyer. He was loosing everything and sold the land to the highest bidder, pulling blinds over our eyes about what the bigger picter held. No longer was a golf course occupied by 125 condos for vacation homes was part of the plan. I refuse to be bullied by those who are to ignorant to get the facts. So before publishing such a biased article do your job and read up! It's scum like you who destroy what the framers set out to create.

Glad to know "the community" comes together to take care of its own and beat up schoolchildren because some Hasid somewhere (ALLEGEDLY, but probably, I mean, we don't even really have to "use the google" for that one, you know?) wouldn't let women drive the schoolbus, among other totally Jewy crimes. Say, you know who else tried to kick out an entire race of people for being shifty crimers? All the European nations about the gypsies, that's who! Why, what did you think we were going to say?

When we forgot to go through and moderate the comments, "Bullcrap101" was a mite incensed at our censoring! He and or she continued!

This is the problem with journalists, and thank you for proving my opinions to be true, only posting articles based upon one point of view. The right thing to do would have been to allow my comment to be seen. Isn't that what freedom of the press is all about? Everyone deserves to hear our side of the story. We aren't a bunch I hillbilly rednecks. Most of our community is made up of people who have moved up here to live in the country and raise their kids in a safe environment. We aren't racist and in no way anti-Semitic. We are a town who stands together to fight for a way of life we aspired to live. This whole situation has been blown out of proportion. Our town is based upon tradition. We except everybody and anybody. Any organization that threatens the welfare of our community or any community should be prepared to hear us. For years minorities have fought for equal rights. To be given the same amount of privilege as any other. These allegations are paving the way for thousands of welfare recipients to leech off of us. If any one took the time of day to realize what was really happening none of this would be happening.

They're not racist, they just like their old way of life and except anyone else because it is all those other people who "leech" off them. Like subhuman animals that are leeches!

Come back to the Five and Dime, Dok Zoom. All is forgiven. Other "literary" thing here.