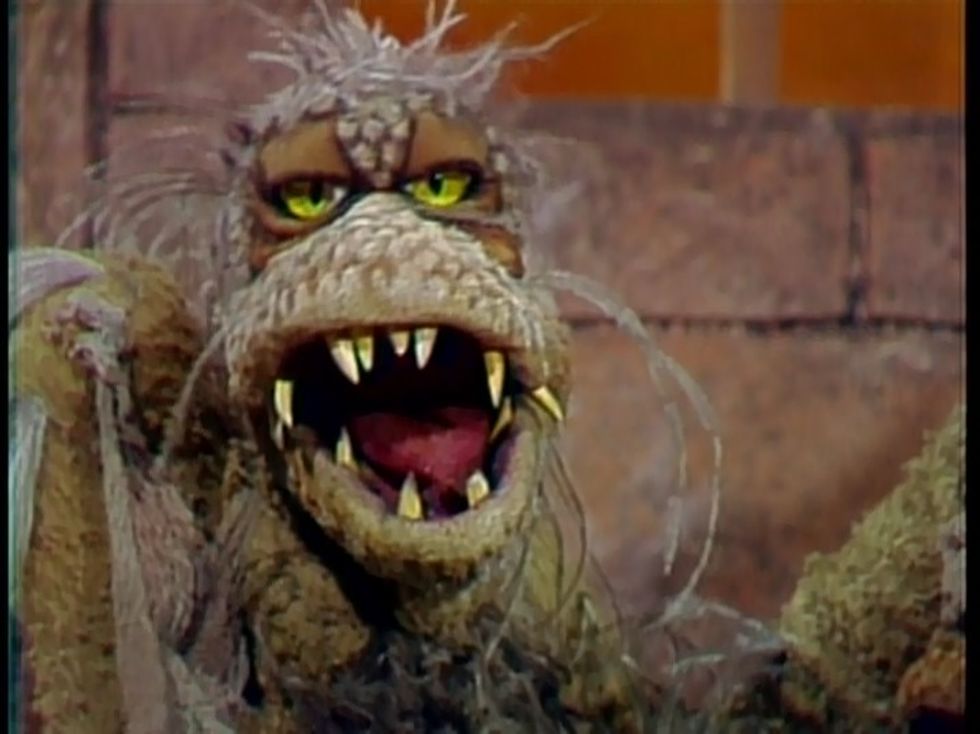 We know you guys love some good old-fashioned derp in these columns, and we aim to please. But frankly, we have to confess that we can't quite tell if this item from the comment queue is an actual example of Jesse Ventura-lovin' wingnuttery, or a clever parody of same. "Shweatypalms" writes, in reply to our recent story about a possible (yeah sure) run for president by the former wrassler, Minnesota governor, and X-Files guest star, with Howard Stern for Veep:

Some of these comments can't be real. Seems like a bunch paid internet trolls. Ventura/Stern would be the best thing in that shit hole called the white house in, idk, 40 fucking years?

We're thinking it's the genuine article, but that username suggests we are maybe being trolled. No telling, even though we are empathetic as fuck.

Our piece on the creme de la weird that is that Miley Cyrus/SNL video generated two similar comments from "rainmon55". This is the version that goes into more detail:

I could not finish watching the video after one third in with people constantly sticking out their tongues out and carrying on like lunatics from and insane asylum thinking "this is what passes for entertainment now on SNL?". It found it really juvenile, offensive and inane how could you watch that trash? Miley Cyrus has really gone off the deep end, I have given her a break because she is so young and immature but I really think she and SNL has lost their way with this one.

We sort of have to wonder what sophisticated, tasteful memories "rainmom55" has of the golden age of SNL's more innocent, non-trashy era. Perhaps it was when Victoria Jackson and Kevin Nealon shared the Love Toilet? Or possibly the first season, when Skred the Muppet asked Gilda Radner if he could play with her moogies?

Our story about Harry Reid, who cruelly refuses to cure childhood cancer just because he thinks the whole government should go back to work, was not appreciated by "dwood520," who figures that the fix is in:

How does a whiny old blowhard like Harry Reid keep getting re-elected? He must be VERY nice to the casino mob bosses back home! . I'm glad these mean, vindictive Democrats have the opportunity to show their true colors!!

Oh, we get it. Nevada = casinos = mob bosses! Of course, Republicans would never take money from a casino owner! And yes, Harry Reid is a big meanypants who unfairly thinks that if you're going to fund a chunk of the government, you should fund all of it. He's just that vindictive.

And finally, our story about the truckers who wanted to shut down America this weekend -- before they decided it was more workable to just clog the Washington DC Beltway for three solid days, and maybe arrest Congress -- drew another howl of protest from "rhonf," who seems to think we have it in for truckers in general.

Wow. So this commentary is on Intense Debates-whose tagline is.." Imagine better comments" Well, I'm still imagining. [Good one, "rhonf"! "Rhonf" is really fun to say -- sounds like another Muppet, in fact! -- Dok Z] I'm reading about truckers taking amphetamines. By DOT law, truckdrivers are drug tested.There's a Mexican trucker weighing in on the American truckers desire to uphold the constitution. Yes, Yale Law School questions NAFTA's constitutionality too. So many are questioning the scheduling of a weekend strike. Trucking is a 24/7 job. So on the weekend of the strike maybe you could think about the drivers that bring everything single thing you will use. The food you will eat, every medication you will take, the things you will put on, throw away, surf the web on, even the gas you put in your car. Try making that happen on a M-F 9-5 schedule.

That was a whole lot of stuff in one paragraph, "rhonf"! In fact, we really have no idea what it is we're supposed to try to make happen on a 9-5 schedule -- putting gas in our car and surfing the web, or thinking about the truckers who make it all possible, or delivering everything the world needs? We don't actually recall anyone saying that trucks should only operate on an 8 hour day?

Of course, now that the nationwide strike that wasn't a realistic goal has been called off in favor of a rolling 3-day roadblock that is also not likely to come off, we will probably go back to our bad habit of only taking NAFTA amphetamines at Yale Law School during regular office hours. Glad we could clear that up for you!