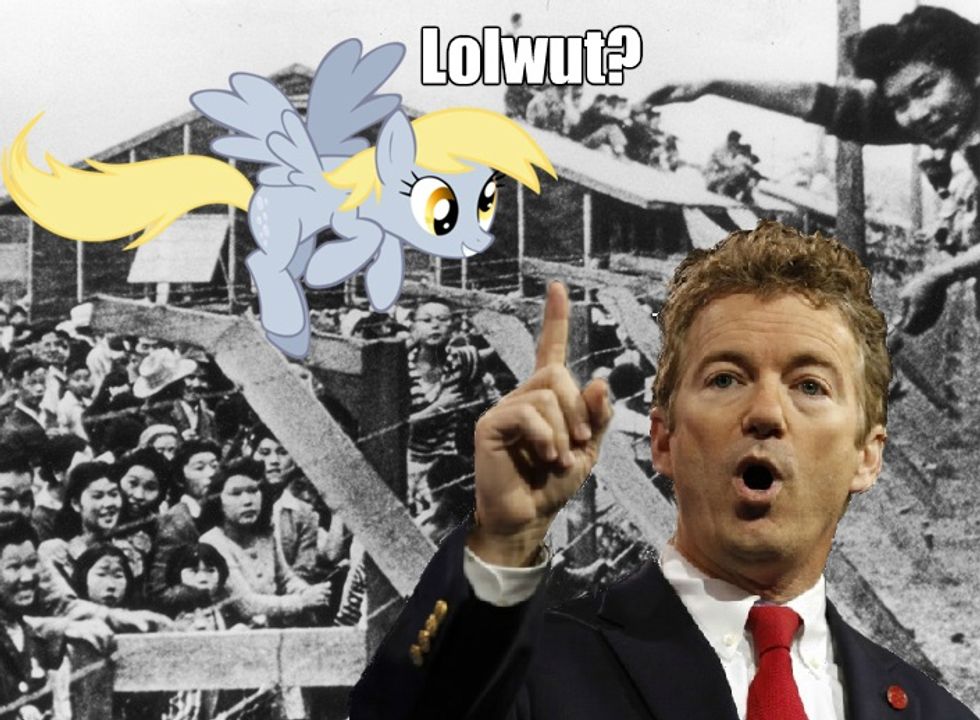 Yes, it's another Derp Roundup, where we steam-clean our browser tabs of stories that were too stupid to ignore, mix the slurry with booze, and serve it up to you. Consume carefully!

By now, you may well need a kitty cat. Thankfully, the internet is pretty good at providing those:

And finally, just in case you may have missed it, here's a little blind screech owl who just might be GOD:

Yr Wonkette could certainly get behind a deity that eats mice and can turn its head 180 degrees. Owl-ahu Akbar!