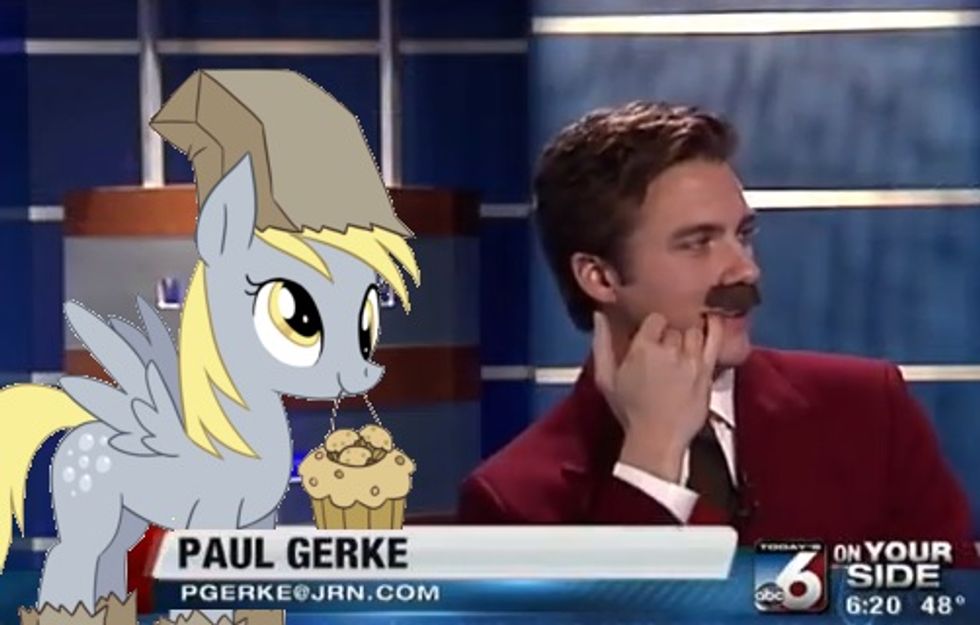 Happy Saturday, Wonkaroonies, and welcome to another installment of Derp Roundup, where we stomp on a bunch of stories that were too stoopid to ignore altogether, but not quite enough to do a full post on, to squeeze out whatever funny may still be in them. If the mixture tastes a little off, add booze. (This almost exactly how they make "Sunny Delight.")

There's your Derp for the week. How on earth did we get through this thing without a single story from Florida?