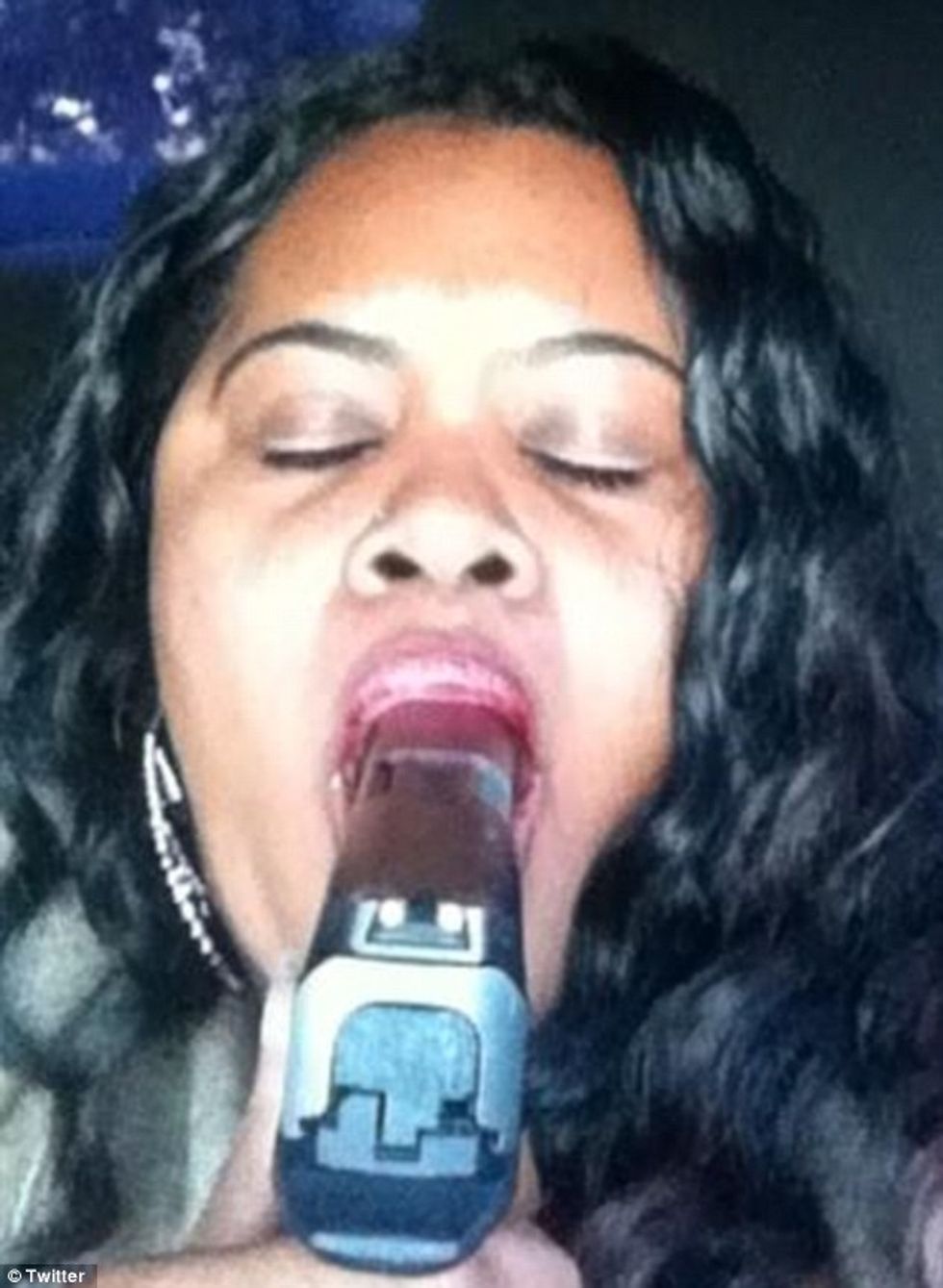 Well yikes, etc.! Pictured above is Detroit internal affairs (heh?) officer Angelica Robinson, who tweeted this angsty self-portrait after finding out that her lover, Detroit Police Chief Ralph Godbee, was sexin' on someone else. Robinson, as you might have guessed, has had her service weapon removed from her possession, WHICH SEEMS LIKE A GOOD IDEA. Godbee?He's been suspended. Wait, is it 2010 again? No, that was when the last Detroit chief of police, Warren Evans, got canned for porking his subordinate.

Evans, a former Wayne County sheriff, was appointed chief by [Mayor Dave] Bing in 2009 and fired after he raised the mayor's ire by taking part in a promotional video for a cable police reality show. Bing later said he also fired Evans because the chief was romantically involved with Lt. Monique Patterson.

Godbee, too, had a romantic relationship with Patterson before she began dating Evans and when she was Godbee's subordinate.

The prior relationship between Godbee and Patterson was disclosed publicly after Godbee was named interim chief, and Bing issued a strongly worded statement after its disclosure saying he wasn't considering firing Godbee for having an affair with a subordinate.

But has Chester Logan ever boned a subordinate? And has he done sex on Lt. Monique Patterson? It seems like someone should really find out.