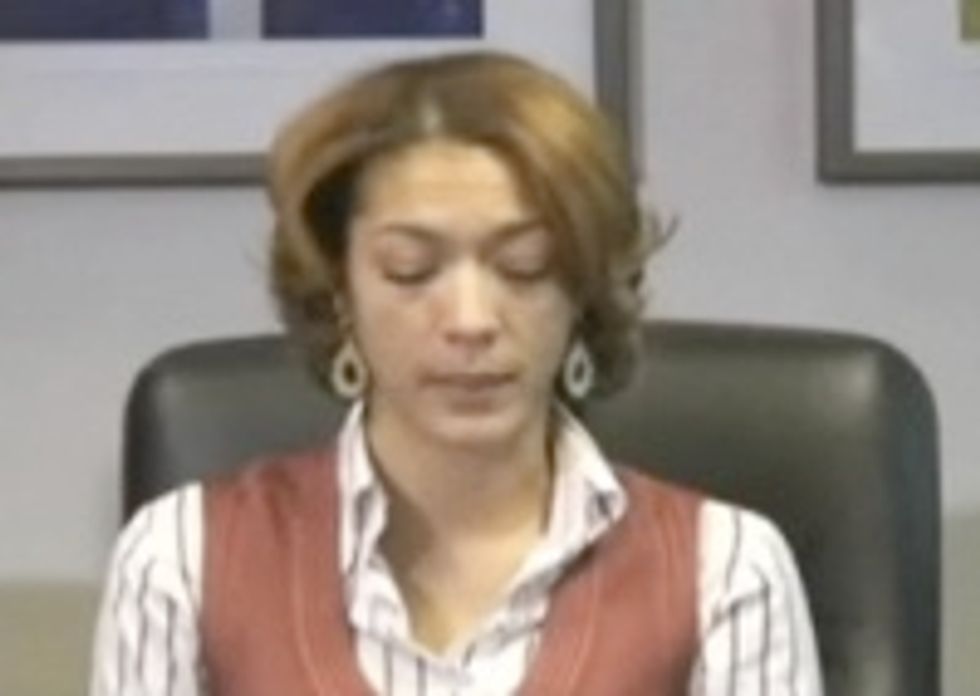 Christine Beatty,former Detroit mayor Kwame Kilpatrick's former chief of staff and the woman on receiving end of Kilpatrick's repeated inducements to meet him for some sexytime at the Benz Chili Bowl, got all suited up in a DEMURE RED SWEATER VEST and delivered a heartfelt apology to the people of Detroit after pleading guilty to two felonies. She betrayed the public trust by lying about her affair with this terrible doofus, who himself lied about a whole bunch of things (some of them actually consequential), and they both got caught, the end. The moral of the story is this: never sleep with anyone who thinks LOL is an actual word. [Detroit Free Press]