Detroit's Spending $5.6 Million To Shut Off Residents' Water. What Else Could They Spend That On? 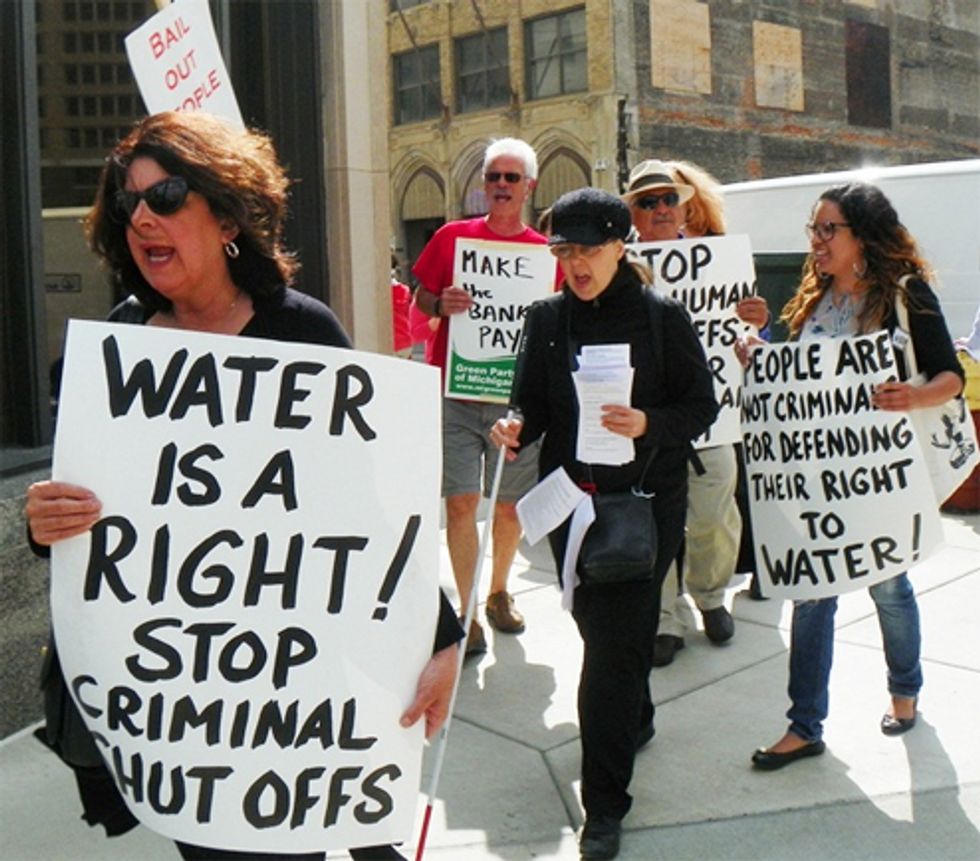 So you're in Detroit, and you are poor. You probably forgot to pay your water bill for ... oh, let's say "forever" because of how you have no things like "money." (Kind of like how the city doesn't have any "money" for piddling little things like "street lights" and"police response." Then you are probably interested in this story about demonstrators protesting in front of the company that's been contracted to carry out the shutoffs -- at a cost of $5.6 million. That amount of money seems rather large -- yes, compared to the $89 million in total unpaid bills, it's a.... oh, what's that common term for "a tiny amount in comparison to some much larger amount," anyway? But the unpaid bills are just revenue the City is missing out on -- the shut-offs are an actual expense that the city is paying out. To leave people without water. In the summer. While the United Nations calls the shutoffs a human rights violation and Canadians bring bottled water over the border for Detroit.

Perhaps you are not in Detroit, and are not poor, and would like to do something directly about this mess: because you are a squishy Marxist pussy lib. Then follow the lead of Tiffani Bell and Kristy Tillman: a couple of people who've never met, but are Twitter friends, and who got to talking about how they wished they could pay the water bill for someone in Detroit, and realized there should probably be an app for that. So they made it happen, and now The Detroit Water Project is a thing that exists -- not an app, actually, but a website to match up donors with Detroiters who need help. Potential donors leave an email address and an amount they'd like to contribute, and then the website matches them -- anonymously -- with someone who has asked for the project's help:

You don't have to pay an entire bill, either -- the project matches partial amounts to pay down overdue balances. According to WaPo, by Wednesday, Bell said that they'd been able to "completely pay down 16 accounts who owed as much as $600 ... Many donations are in the range of $20-100 with some donations going as high as $2,500." And here's a hopeful note -- they've been getting so many responses that they've put up a note explaining that it may take a day or two for them to get back to donors.

Now that's a pretty creative use of the Interwebs -- and as much as we love the idea of lobbying the White House to build a Death Star, it's good to see some direct action to help people keep their water on.

Yr Dok Zoom has pledged some of his filthy Wonkdollars, and hopes you will, too. Now, to really get this campaign off the ground, maybe Abdul-Hakim Shabazz will condemn it and ask some people in Detroit to fetch him a cool drink to go with his cigar.