Did Donald Trump ACCIDENTALLY Forget He Was Related To Eric And Commit Tax Fraud? 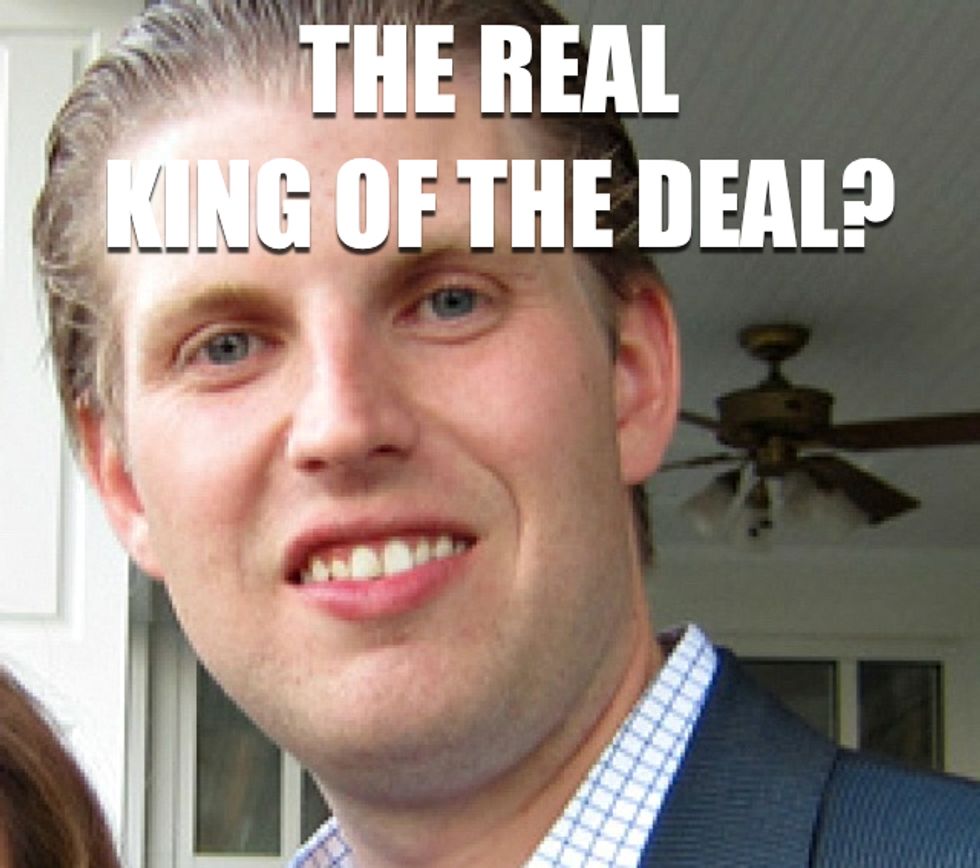 Clutch the pearls! It appears from his financial disclosure that Donald Trump may have committed a wee touch of tax fraud. Did the Grifter in Chief evade $360,000 in federal taxes with a sham real estate sale to Eric Trump? And can one find bear scat in the forest?

Last month, Trump's lawyer Sheri "Manila Folders" Dillon cobbled together a financial disclosure that was true enough for Trump to sign. After the Government Ethics Office posted it online, ProPublica put out the call for nerdland to start digging through the 98-page document. Right away, the Bloodhound Gang noticed a funny smell coming off the sale of two condos in Trump Parc East.

At first they thought it was just the faux French spelling of Park, mais NON! It was le parfum indéniable of grift!

Wow, that's less than half the market value! Whoever bought those condos must be one hell of a negotiator. Congratulations CPS Apartment 13G, LLC!

Now, there's nothing illegal about the sale, and there's nothing illegal about using a limited liability company or LLC for the transaction. BUT, the taxman has a right to know whether the buyer and seller are related. Because the law presumes that strangers are doing business, while family are taking care of each other. And Eric Trump buying the condos through an LLC does not make this into an arms length transaction.

So when the State of New York asked if the parties to the transaction are related, Donald Trump was obliged to say, "Yeah, that albino dipshit is my son." And he didn't.

As ProPublica reported, scamming the IRS is the only reason to pretend this was an arms length transaction. The State of New York doesn't care about gifts -- it only charges transfer tax on money actually paid. And having the two low-priced apartments actually hurts the other condo-owners by depressing the average unit value.

“This is really, really primo real estate,” said Bob Lord, a tax attorney who reviewed the transaction records at ProPublica’s request. “Why would you show a sale at $350,000 other than to play games for tax purposes?”

There's always the possibility that Donald Trump's 2016 tax return would show that he actually did pay the $360,000 in gift taxes. Although in Wonkland, we're calling that one not bloody likely. But please, Donny, prove that we're all just haters and losers! Release those tax returns so you can rub our jealous noses in it! We dare you!

Please to give us money now! Clickety click on the link below!