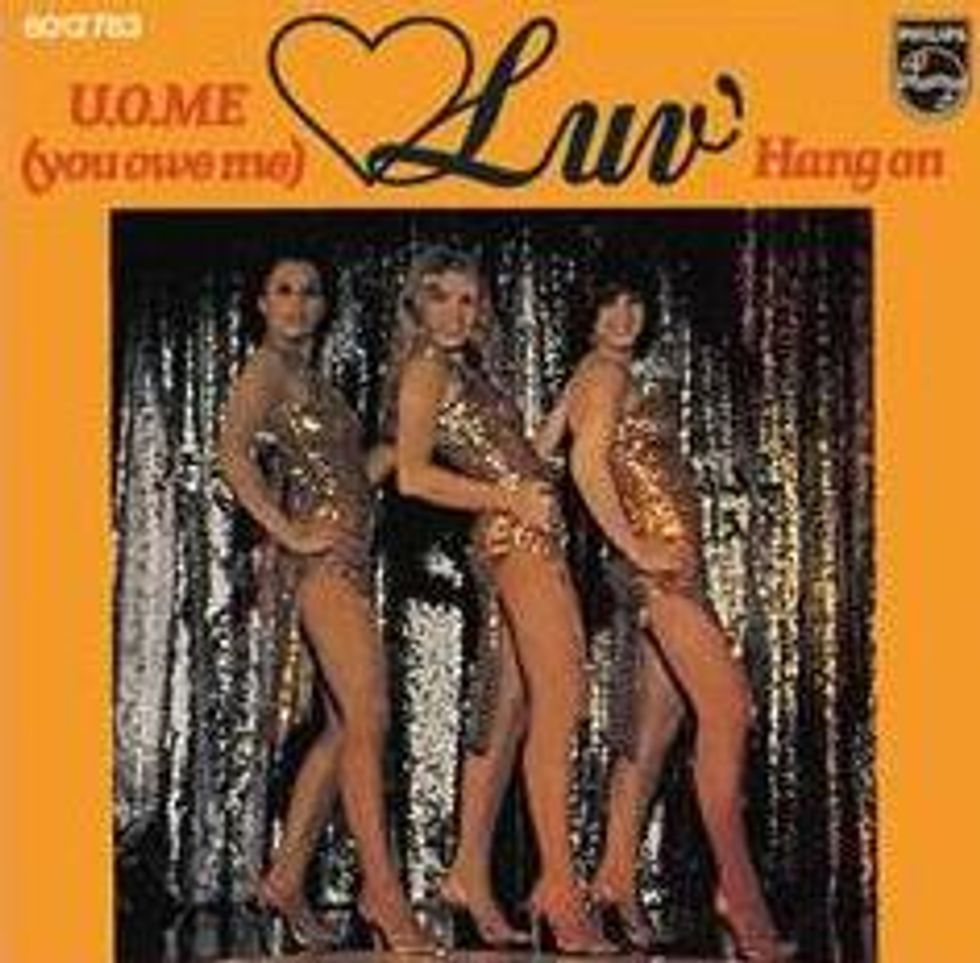 Two of the Heritage Foundation's top youth marketing experts aremaking a flash video game that teaches young-uns all about the $14 trillion (and counting) national debt that will hang over their heads for the rest of their petty lives. Named U.O.Me, the game will be available for free, on the Internet, where all the kids hang out and drink Dews while being aimless. But DANG IT there's a SNAG: A "U.O.Me" already exists on the Internet, and it also involves debt-talkin' and flashy visuals. And flashy ladies!

Here is "U.O.Me (Welcome to Waldolala)," a music commercial made circa 1978, in which the Dutch trio Luv' teach all about the "public policy trade-offs" required to pay off interminable debt. They also sit on motorcycles, wear angel uniforms, and sing calmly while creepy old man masks hover nearby:

Now, here's the trailer for the Heritages' U.O.Me debt game -- it includes fly 'n' hard hip-hop beats that suggest "serious shit is going down," plus Pitfall Harry's unemployed son carrying a piggy bank (good for him, he'd been looking for work for months):

The videos are strikingly similar, so some sort of intellectual property litigation is imminent.

Apparently, the developers of U.O.Me 2.0 have zero experience as game developers, but have nevertheless received a bunch of money anyway because the free market rewards efficiency and determination. They're also accepting government hand-outs via a Kickstarter page in which they claim that "America is $62 trillion in debt." Whoahhh HOLD ON THERE GUYS, be patient. Monies raised will pay for trademark lawyers, after the Luv' ladies read about the U.O.Me video game in the Dutch fashion magazines.

Meanwhile, Demorat-libtard Internet "guru" Steny Hoyer will never be able to top either version of U.O.Me, because he only plays Monopoly and listens to ragtime. [TheHill.com]