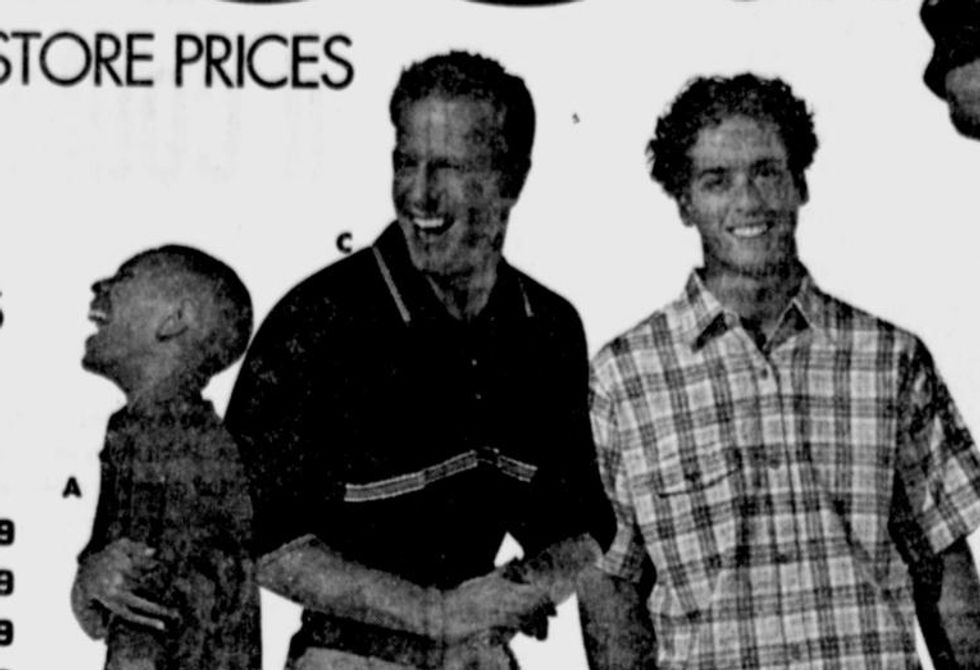 We were going to do a heartfelt thing (yes we were, shut up) about the 50th anniversary of the 16th Street Baptist Church bombing in which we declared September 15th a "National Day of Empathy" and tried to imagine what it was like to be black in Birmingham in 1963, very good times, we are sure. We spiked that because really, but some good came of the effort because we happened to find this:

Wow, what a bargain! Unfortunately the sale, the store, and the line of clothing expired several years ago. But wait, who's that handsome devil in the archaic polo and Men's Casual Pants?

Good gravy, it's Mittens! And Rand Paul, we guess, and... Alan Keyes?