Did Sarah Palin Buy a Tacky AZ Foreclosure That Looks Like a Panera? 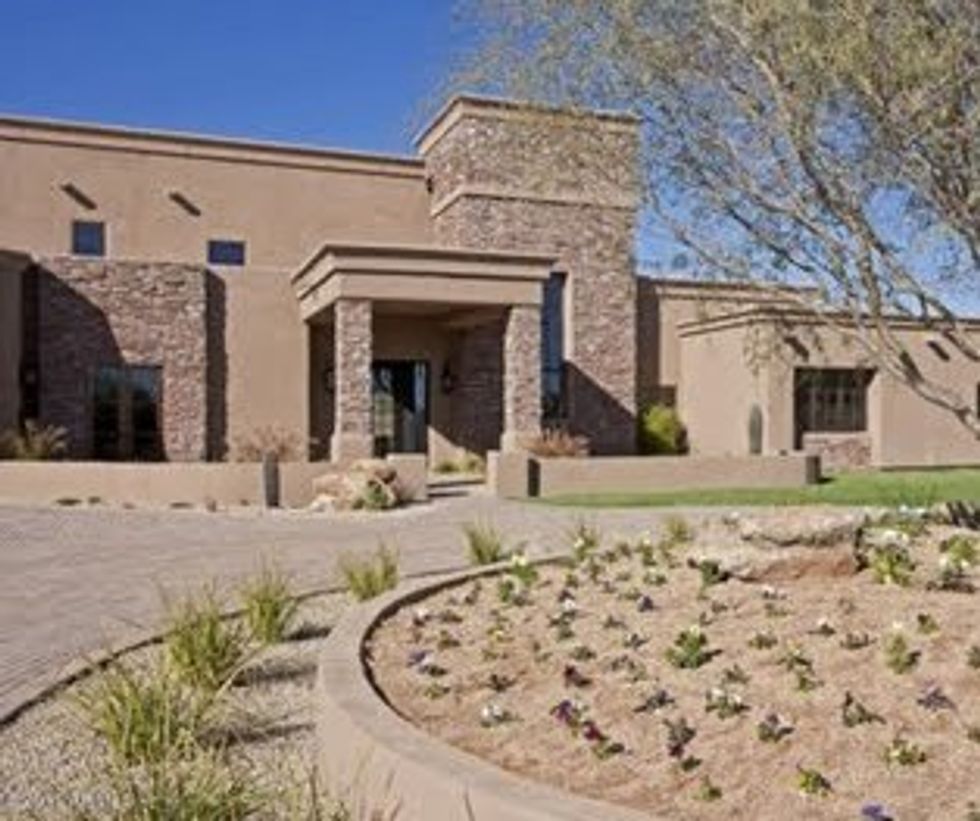 Is crazy Arizona ready fortwo Palin residences? If the local papers there are to be believed, there's not really any choice in the matter now. After reality-star/abstinent teen mom Bristol Palin bought a foreclosure far from the action last year, it seems glamorous mom Sarah has dropped $1.6 million in Rupert Murdoch Ca$h on a ginormous rock/stucco castle in the ritzy old-people golf community of Scottsdale. It totally looks like a Panera or a P.F. Chang's!

But why would anyone want to live in, you know, Arizona? Maybe it's a dream of the Alaskan people, during the long dark winters. They might just sit in their igloos and dream about heat and cactus and Snoopy's cousin, who lived under a cactus. We have seen greeting cards of this, sorry!

Here is a newspaper bit from the local news:

For months, rumors have circulated in Arizona political circles that the former Alaska governor and possible 2012 presidential contender either was shopping for homes in Scottsdale or had already bought one.

A just-closed deal on a secluded luxury home in far north Scottsdale might fit the bill, and talk has begun that this may be the one. It's an 8,000-square-foot, dark-brown stucco home with a guard gate that can keep unwanted visitors away. It has six bedrooms, five bathrooms, a six-car garage, a swimming pool and spa, and a full basement with a home theater, billiards room and wine cellar.

It was a foreclosure, and then some investor bought it and finished the remodeling, and now maybe Sarah and her seven kids and nine grandkids can put the fishing motorboat in the pool and play banjos all winter long. [AZ Central via Politicalgates]