Did Someone Give Chuck C. Johnson's Money-For-Actual-Nazis Website 1.5 MILLION DOLLARS???? 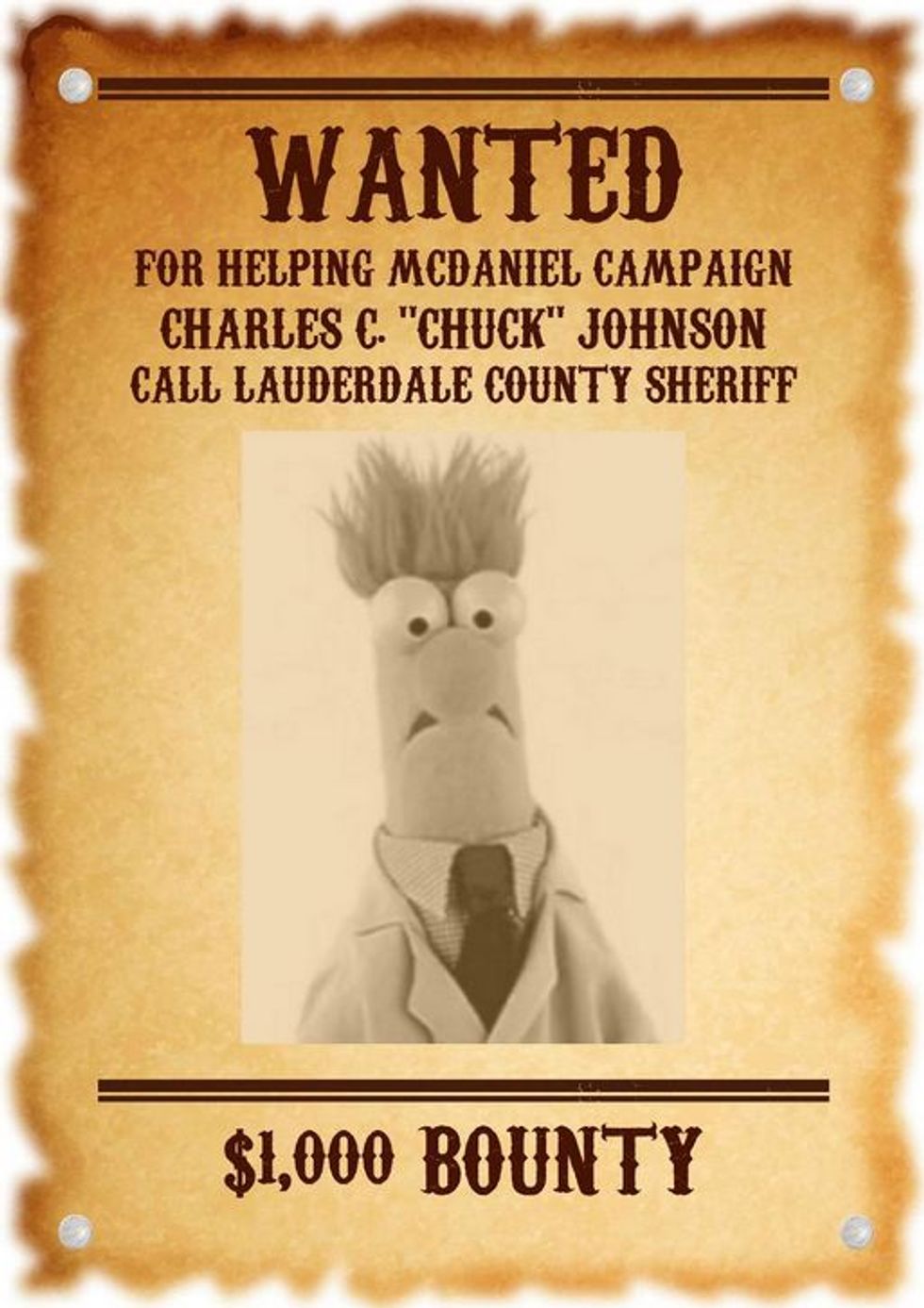 We all vaguely remember Chuck C. Johnson, an "award-winning journalist" (just like Mike Cernovich!) and weird white power guy who keeps getting in trouble for being much scummier and more racist than is even socially acceptable in America.

Well, we hadn't been paying much attention to Young Chuck, because life is too short for that -- whether or not he was advising the Trump transition. (Maybe we paid attention a LITTLE.)

But today we learned some dismaying news, and our heart is hurting real bad ma, and it MIGHT be time for a little suicide with knives and poison: According to Chuck C. Johnson's partner in "Wesearchr.com," which apparently is a popular alternative to Gofundme for actual neo-Nazis to crowdsource their legal defense and bail funds, Chuck C. Johnson got ONE POINT FIVE MILLION DOLLARS for a six percent share in the company.

Pax Dickinson is the recently departed CTO of "Wesearchr"; he previously held a grownup job with the same high title at Business Insider, until his (surprise) SUPER RACIST tweets were noticed. Where would such a man go except partnership with Chuck C. Johnson?

Unfortunately, they have had a falling out! And Pax Dickinson is singing on Twitter all about it, until he gets banned again.

According to Dickinson, as you can see above, Wesearchr is down because Johnson did not pay his hosting bills; two weeks ago, their SSL certificate lapsed, as Gizmodo lovingly detailed here. Here's a tiny bit of their explanation of what the fuck is this thing even:

But back to Chuck: What’s the benefit to tacit support for neo-Nazis and violent militiamen? 15 percent of all donations to successful campaigns, according to Wesearchr’s fine print.

The site’s terms stipulate that of money raised for any fully funded bounty, a scant 75 percent is meted out in payment and 10 percent goes to whomever started the campaign. Wesearchr itself takes the remaining 15 percent, nearly twice what Kickstarter takes off the top. In the event that a bounty doesn’t reach full funding or if its requested “information” never surfaces, donated money continues to be held by Wesearchr and essentially becomes store credit. If funders ask for the money to be returned to their bank accounts, that process also incurs the 15 percent fee.

According to Dickinson, if we believe him, somebody thought grifting neo-Nazis for each other's bail money was a FABULOUS MONEYMAKER! So much so that the company would somehow be worth $25 MILLION, and they would give ONE POINT FIVE MILLION DOLLARS TO CHUCK C. MOTHERFUCKING JOHNSON.

(We will not be naming the lawsuit-happy benefactor whose name is being rumored on Twitter, because we like our company and our house. But the fact that neo-Nazis couldn't even come up with $125 for their Montana Mayhem March, probably because the meth market's already flooded, must have skipped that benevolent benefactor's notice.)

Now, you know I don't like to complain. But WHO IS EVEN KIDDING ME WITH THIS???? YOU. READING WONKETTE. GO GET YOUR MOTHERFUCKING WALLET, SHIT JUST GOT FUCK YOU. IN A LOVING WAY! SHUT UP! WE LOVE YOU!

Take a breath. Be nice. It's not Wonkers' fault that disgusting pieces of motile human shit are making sick bank from actual Nazis. Wonkers give lots (or little bits!) of money already, even when they are poor and got sick kids, because they are doing their part to have a nice community of NOT CHUCK C. JOHNSONS.

YOU! GIVE US SOME MOTHERFUCKING MONEY.

Here at Wonkette, WHERE WE ARE NOT NAZIS, and ALSO DON'T MAKE SHIT UP EXCEPT FUNNY DICK JOKES, we pay ourselves and our staffers a reasonable living wage of a bit more than $50,000 a year. (Husband/web developer Shy makes less because most of the time he is Mr. Mom, and also because of #misandry.) We recently were able to hire Robyn back part-time for weekends, so mama can take a day off a week, because mama was GOING TO DIE and because too much goddamn news is happening on weekends, and I DIDN'T WANT TO WRITE IT.

But what is in it for you? THESE THINGS as outlined all fancy-like by your comrade Speaker to Animals:

Your whore dollars will help Wonkette do the following things that you cannot live without:

§ Drive the Wonkebago literally to your front door, filled with booze and Donna Rose (not necessarily in that order)

§ Post sexxxxxy pix of Your Boyfriend Bamz, Your Other Boyfriend Justin Trudeau of the Canada Trudeaus, and Your New Boyfriend (kinda) Monsieur Macron, at least until he goes all neolib on our asses.

§ Not Take Any Shit from the Republicans

§ Laugh at the poor sad MWNGL (Men Who Never Get Laid, or whatever the hell it is they call themselves I’m not going to give them the page clicks to try to remember)

§ Write the best, funniest, thank Crom for Wonkette articles that keep you from rage drinking. Mostly.

Speaker to Animals is correct, but she forgot to add how many of you are now boning like common Joe and Mikas. Why? Because we gave all you snowflakes a #safespace and also a GOOD EXAMPLE.

OK, WHEW, it is all out now and we are not mad or suiciding any more, and we are done cussin' ya, you are good and I am sorry if I made you feel bad, and honestly if you are poor don't send us anything, we are fine, we are just NOT CHUCK C. JOHNSON FINE WHAT THE EVERLOVING WHAT, and in God and the kindness of YOU we trust!

Just do us a favor, and make it a monthly.