Did You Know That An Important Newspaper Movie Is In Theaters, This Weekend? 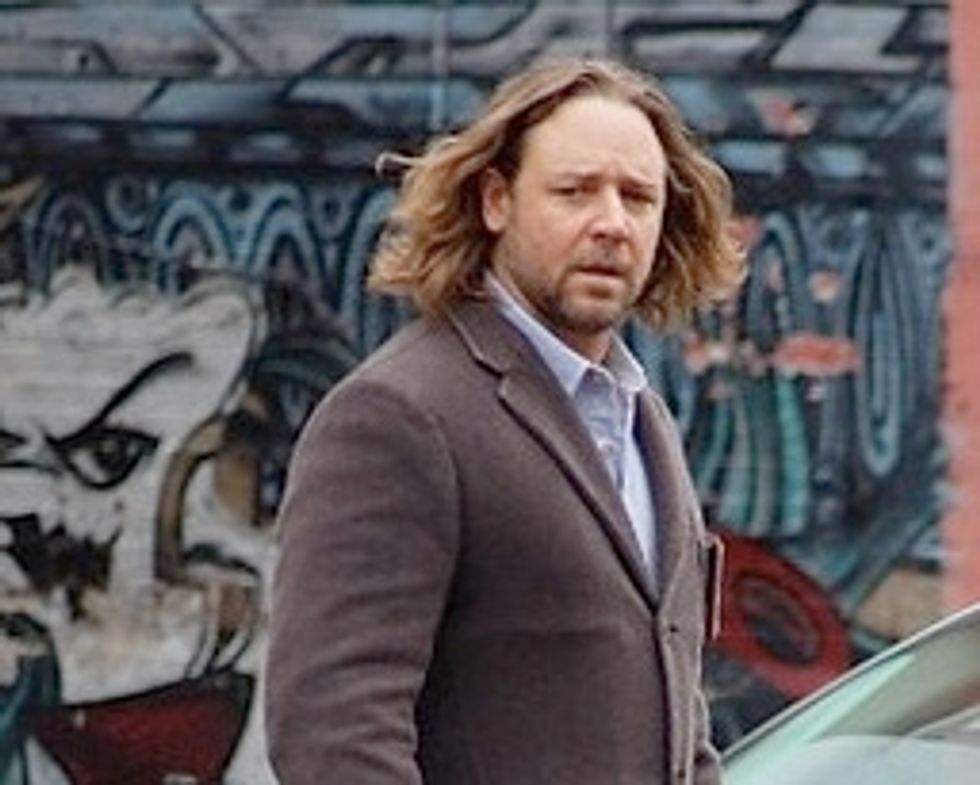 Did Rachel McAdams grow a terrorist neck-beard forher role as newspaper "gossipeuse" Ken Layne? These questions, and more: "Russell Crowe is in strong form as a star investigative reporter definitely of the old school, deftly handling the time-honored cliches of being poorly-dressed, ultra-messy, overweight, and driving a decidedly unstylish car. Rachel McAdams plays up the clash between the classic newspaper culture and the blogosphere as the Washington paper's political gossipeuse a la Wonkette. Crowe nails her with some apt zingers about blogging stereotypes -- all attitude and opinion, sensationalism and shallow facts -- and they develop into a good team."

This is nonsense, Hollywood! How dare they suggest that Washington newspaper reporters and bloggers from Mean Girls not only get along professionally in the end, but probably have sexytime too! (Why else would they both be in the movie, insult-flirting?) Hot-people-sex, while reporting on dangerous newspaper-blog hybrid journalistic scoops!

A more accurate representation of Washinton would be, say, an assistant editor from The American Prospect and a media rep from Politico meeting each other at 9:00 on a Saturday night in the Cosi just north of Dupont; one would order hot chocolate and the other a MOCHA and they'd grab the other's drink accidentally and exchange them and introduce themselves and then the assistant editor would say "It's you! The one who e-mails all the press releases!" And after five minutes of chatting they would each return to reading policy papers or The Corner on their laptops.

Matt Welch has more horrifying stories about how Newspapermen are responding to this film:

Cue applause, as the credits roll. Literally. "I looked around me as a room full of journalists sat, transfixed, during the closing credits," the New Jersey Star-Ledger's Stephen Witty wrote, in a piece headlined, "The 'State' of Newspapers." "No it wasn't because of outtakes, or a sudden don't-blink twist. It was the footage that those credits played out against, a sight that's in real danger of disappearing these days: The presses of a big-city newspaper, roaring to life. [...] It was the movie's background—a big-city newsroom full of swaggering journalists, unemployable-in-any-other-profession eccentrics, toe-to-toe shouting matches and the comforting feeling that maybe, just maybe, you were doing something that needed to be done."

The most important question in America right now is whether Anthony Lane or David Denby was assigned to review this movie in the New Yorker. Would Denby be capable of not fapping to this newspaper-pornography for the few minutes he would need to write its important review?