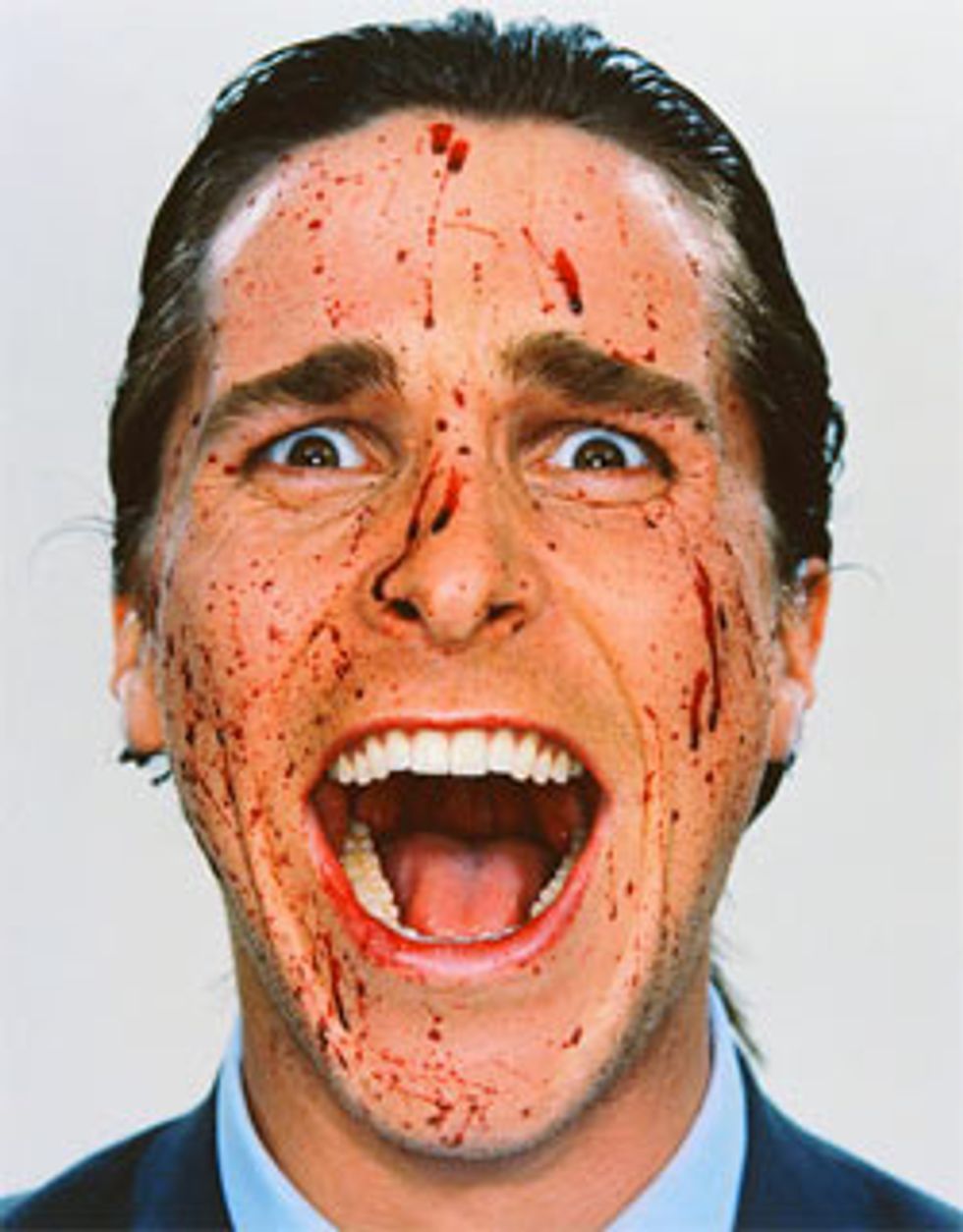 Scott Adams became famous by using his comic stripDilbert to satirize life as a cubicle-drone. He crafted the characters as hopeless, tie-wearing corporate types who have long since given up fighting the inefficient bureaucracy in which they operate. It makes people feel better -- it's an office they can relate to, sure, but they can also laugh at how exaggeratedly stupid it is there.

Adams appears to be offering the same catharsis to people who try to use analogies.

It's time for President Obama to be "fired," he wrote yesterday, because of his crackdown on marijuana offenders who are obeying state law in California but defying federal law. He (of course) compares the situation to a corporate office: What if there was a CEO whom you liked, who was doing a good job, but who you found out had murdered a guy and gotten away with it. Should that guy be fired?

It's not crazy to say "yeah, fire the stabby guy even if he's good at things," which is exactly what Adams is saying about the presidential race -- Obama is ruining people's lives over weed, and he should be fired.

So while I don't agree with Romney's positions on most topics, I'm endorsing him for president starting today. I think we need to set a minimum standard for presidential behavior, and jailing American citizens for political gain simply has to be a firing offense no matter how awesome you might be in other ways.

In an imaginary corporation, the murdery CEO gets fired (yay, pseudo-justice!), and will be replaced with someone else qualified to run the company, who has the potential to do just as well without murdering people (yay, corporation!). In the presidential race, though, that's not the case: You fire that CEO for getting away with murder, and he'll get replaced with a guy who is actually advertising himself as a guy who loves murder.

If you're anti-murder, it makes sense to fire the CEO, because his replacement will likely be anti-murder. But firing quiet drug-warrior Obama will only replace him with righteous drug-warrior Romney. From a New Hampshire campaign event:

"The entryway into our drug culture for our young people is marijuana," Romney said. "Marijuana is the starter drug. And the idea of medical marijuana is designed to help get marijuana out into the public marketplace and ultimately lead to the legalization of marijuana overall. And in my view, that's the wrong way to go... If you elect me president, you're not going to see legalized marijuana. I'm going to fight it tooth and nail."

FIRE THE MURDERER! Replace him with the person fighting tooth-and-nail for murder!

It's the problem with rejecting the "lesser of two evils" voting method: As soon as you get mad, you end up voting for evil.

Romney is likely to continue the same drug policies as the Obama administration. But he's enough of a chameleon and a pragmatist that one can't be sure. And I'm fairly certain he'd want a second term. He might find it "economical" to use federal resources in other ways than attacking California voters.

Translation: Romney likes murder, is not afraid to tell folks he likes murder, but maybe he won't murder anyone, if we're lucky. Fire the murderer. [Scott Adams via Mediaite]