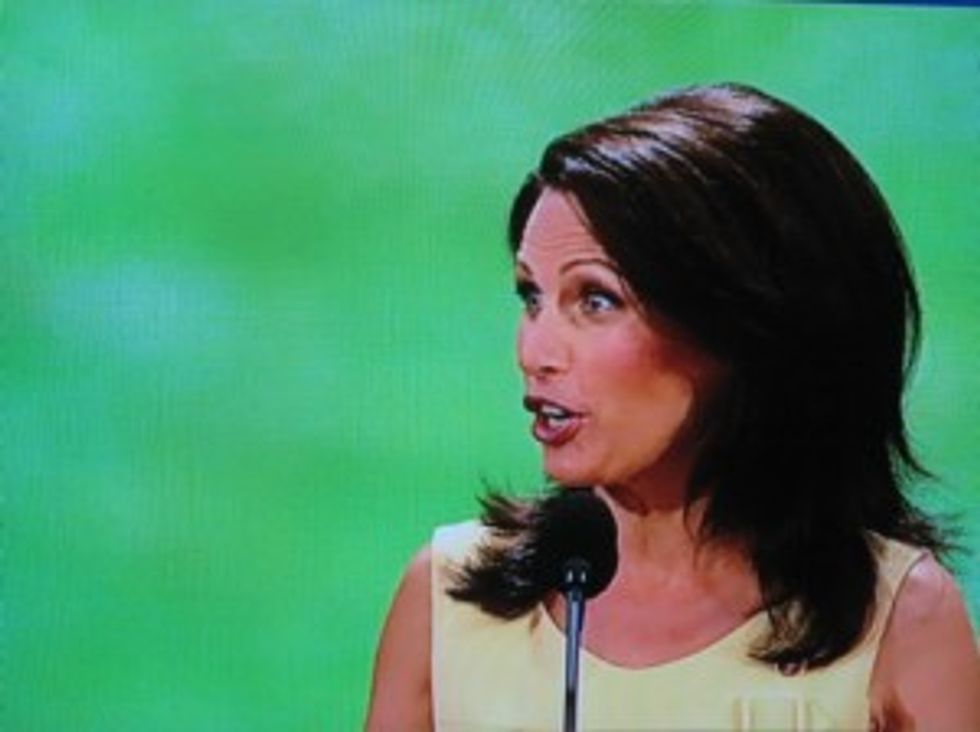 Shrill caustic harpie Michele Bachmann is so excited to destroy any rare ecosystem at all with hermaniacal dream of drilling gaping holes into the country's environmental preserves that she (predictably) forgot to check her Everglades National Park treasure map to see whether there was actually any oil buried under her latest senseless target to justify the pretext. Whose fault is that? The terrible godless scientists, as usual. University of South Florida geologist Dr. Albert Hine notes, "There is no known evidence that there is a significant hydrocarbon deposit beneath the Everglades." To which Michele said: "The radical environmentalists put up one road block after another to prevent accessing American energy." Just because there isn't any oil there doesn't mean Michelle Bachmann can't drill for oil there. God told her to!

Michele's randomly constructed rationale for the proposed desecration of God's remaining beautiful wild spaces is ironically the argument that God hid oil under the Everglades so Michele could rip it out.

Tuesday, a CBS reporter in Miami confronted Bachmann about her call for drilling, asking, "Why would you invade that natural resource with gas and oil drilling?" Bachmann responded, "Let's access this wonderful treasure trove of energy that God has given us in this country. Let's access it responsibly."

And even Allen West thinks this is insane. Hoooo-weeee! [WSTP]