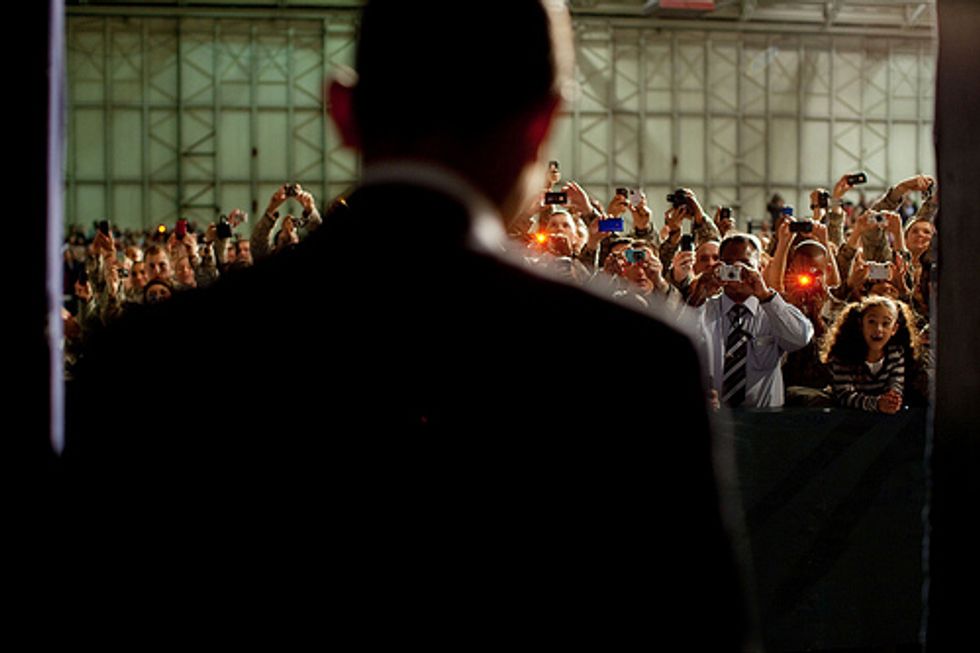 This country may no longer be "Number One" in anything important -- manufacturing, education, innovation, hot chicks, architecture, infrastructure, wealth, health, spaceships, etc. -- but the U.S.A. still leads the world in whining like a special needs titty baby about EVERYTHING, all the time.

We think this started in the early '90s (what was "grunge," if not a bunch of dull slobs whining about everything?), but there's little doubt it has finally reached imprisonment levels. And that's why Barack Obama today began personally putting everybody in FEMA death camps, where the only entertainment will be Michele Bachman's nightly six-hour variety show.

Oh wait, this is just a picture of Obama visiting The Troops in Alaska? Same difference. And right after this picture was taken, he went to a super sexy rave with Stephen Harper. [White House Flickr]