DNC Night 1: From Abortion To Zabortion, Everything You Want And Need 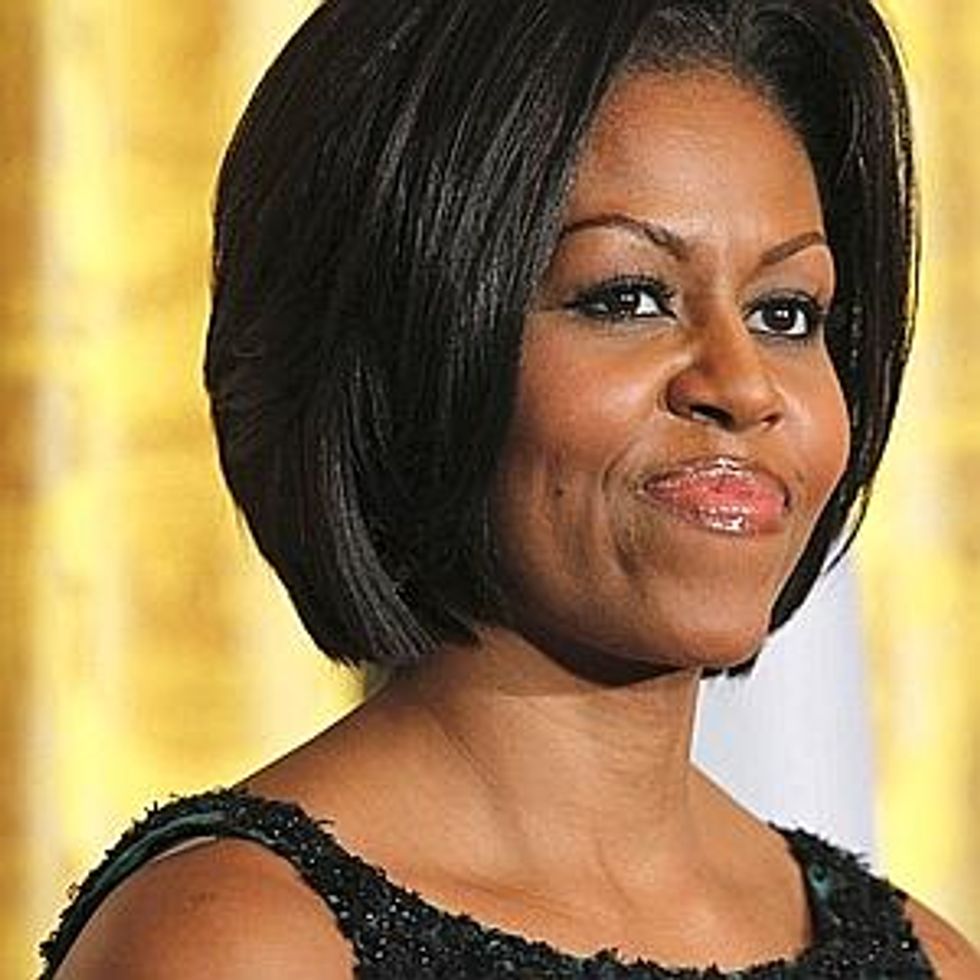 Welcome, Wonketeers! This is night one of the Democratic National Convention, where principled leaders get together to discuss a bold future for liberali...liber...

HAHAHAHAHAHA they're totally going to pander for independent voters and toss out red meat, but everyone there is a vegan, so it's dyed tofu.

Naturally dyed tofu, none of that Red-5. Monster.

9:03 PM - TED STRICKLAND IS GIVING A LITERAL SHOUTOUT TO ALL OF OHIO. (Disclaimer: he is my former boss and I love him.)

9:06 PM - Someone apparently showed Ted the Urban Dictionary definition of "HAM". And he then said, "I would like to go that."

9:08 PM - Kathleen Sebelius is out, I wonder when she's going to burn a crucifix, hm?

9:11 PM - Insurance companies can no longer discriminate against women, but they probably can against men, now, certainly. #WarOnMen

9:13 PM - It would have been great if someone had explained all of this to the American public sometime between 2009 and RIGHT NOW.

9:14 PM - I know you're bored as hell right now, but this is electric for Kathleen Sebelius.

9:16 PM - Rahm Emanuel on to "Wanna Be Startin' Somethin'", and I hope that somethin' is an unnecessary fight with a fast-food chain.

9:17 PM - We can rest easy - if there were easy solutions, Rahm would have found them!

9:24 PM - I miss the RNC's constant repetition of a single edited soundbite. All these different things being said are confusing and scary.

9:28 PM - Nobody better to tell me about how well Obama has done than a rich actor who left a show I really liked to go do something for Obama that I can't really remember or define.

9:31 PM - Mark this as the first moment a Twitter hashtag was ever sardonically distributed via political convention. We are all heroes today.

9:33 PM - It is time for some token diversity as the Obamas bring out what I'm sure are hired family members.

9:37 PM - Barack Obama is talking about women eating bacon at home, which I'm entirely sure is sexist. Romney bounce?

9:39 PM - Lilly Ledbetter is onstage, and will be the only person with a Texas accent at this entire convention.

9:45 PM - If Barack Obama continues to intervene in every Supreme Court decision and naming laws after the losers, he will be President for Life!

9:49 PM - I am watching a convention where people are steadfastly supporting  marriage and government health insurance but hahaha it's gay healthcare for everyone! Paul Ryan must feel lost.

9:52 PM - Not to bring policy into this, but Obamacare doesn't actually cover everyone. It covers a lot of people! And a lot more than before! But not everyone.

9:57 PM - Deval Patrick pretends that the "I Have A Dream" speech was about more than Americans needing to avoid talking about or noticing race. FOR SHAME, BLACK MITT ROMNEY.

9:59 PM - Martin O'Malley kind of has a bootleg Michael Caine thing going on.

10:02 PM - O'Malley is so goddamn happy to be giving the message line over and over again.

10:08 PM - Oh, wait, that wasn't him, that was his...identical twin? Democrats couldn't even find different-looking Hispanics for prime time???

10:12 PM - There's so much aspiration and wishing at this thing. This convention needs more looming evil on the horizon.

10:14 PM - "We know you can't be pro-business unless you're pro-education." A number of Southeast Asian factories would like to have a word with you.

10:18 PM - Castro pulled the funniest joke any Castro has pulled since Fidel convinced us he was still alive.

10:24 PM - This Julian Castro fellow will be on many of your television talky shows in the near future, I predict. Or his brother when he's got the runs.

10:26 PM - So, an unknown guy comes out and gives a really quite great speech about his mother, using Spanish, supporting his nominee, and hey, what's Chris Christie yelling at right now?

10:27 PM - EVERY PART OF ME THAT WANTS TO MAKE BABIES WANTS TO MAKE SURE THE BABIES ARE AS CUTE AS THAT LITTLE GIRL. Fuck, I'm 30 now.

10:33 PM - Can we vote for Michelle Obama for first lady as like a separate thing?

10:38 PM - This lady is voting for Michelle Obama just because Michelle wrote a letter back to her, but I get letters back from Sallie Mae all the time and I am not voting for her.

10:42 PM - Michelle Obama talks about her daughters and how much she loves them. Fact check: she does love them.

10:43 PM - Michelle Obama talks about her and Barack being poor. Not Romney poor, where they lived in an apartment instead of a home, but like, actually poor.

10:45 PM - Michelle said, "Barack was brought up all the way across the country," but you know she was going to say "the Kenya". ALMOST, BIRTHERS!

10:48 PM - This speech is basically going right at everything Ann and Mitt said, but never once saying the word "Romney" or "rich-ass white folk". Remarkable restraint.

10:51 PM - I am so bored by nobody talking about who actually built things. PICK IT UP, FITNESS LADY.

10:55 PM - Michelle Obama defends community organizing? Is there nothing she cannot do? Besides eat fried foods?

11:04 PM - C-SPAN just did a series of shots of people trying to pretend they aren't crying.

11:06 PM - And I'm out. I'm not going to remark on the fact that Michelle Obama gave a legitimately great speech that was a stirring embrace of American values and ideals, or that she is awesome. Must maintain cynicism. Look over there. LOOK OVER THERE NOW.