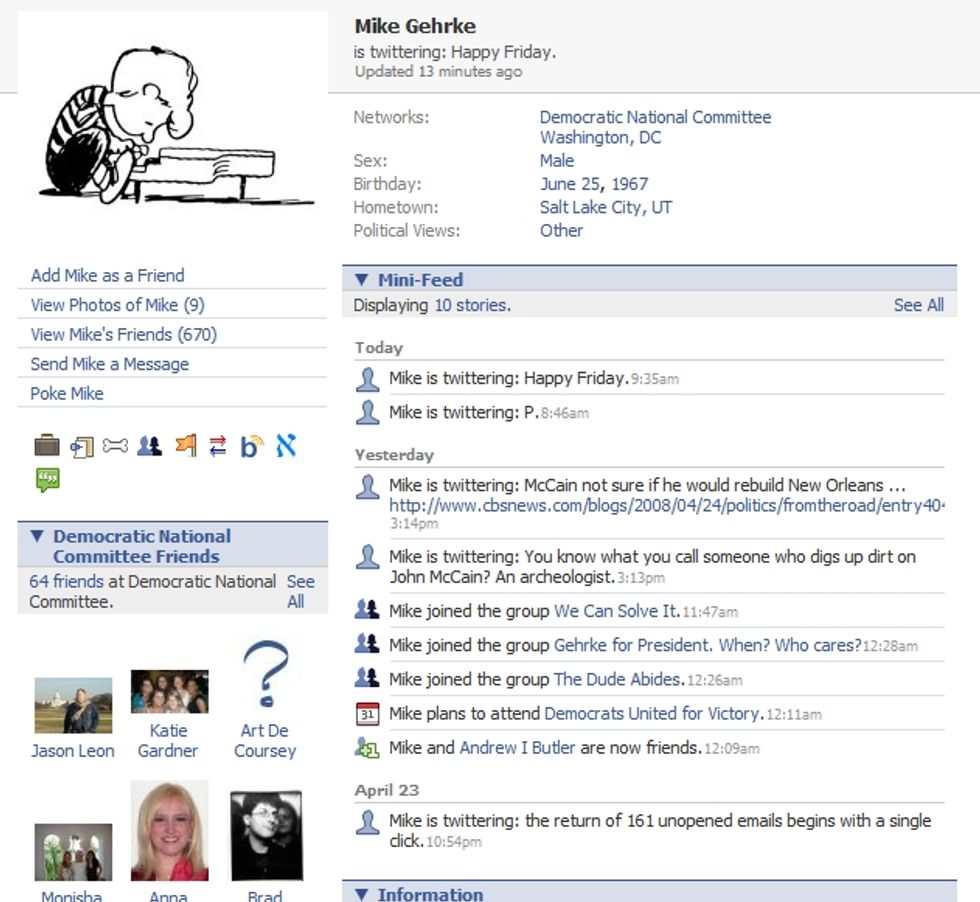 A very small outrage we ignored on Friday had to do with the Democratic National Committee's Director of Research, Mike Gehrke, making dumb "John McCain is old" jokes on this "Twitter" web thing. Who doesn't make jokes about McCain's advanced age, right? But today, we are amused, because somebody sent us this screencap of another damning "Twitter" that (allegedly) shows the same Gehrke guy now implying that Charlie Gibson will sing a whimsical song about fucking John McCain. Also, "doring." That is how he spells doing ... or during. Also: Dolphin furry avatar.