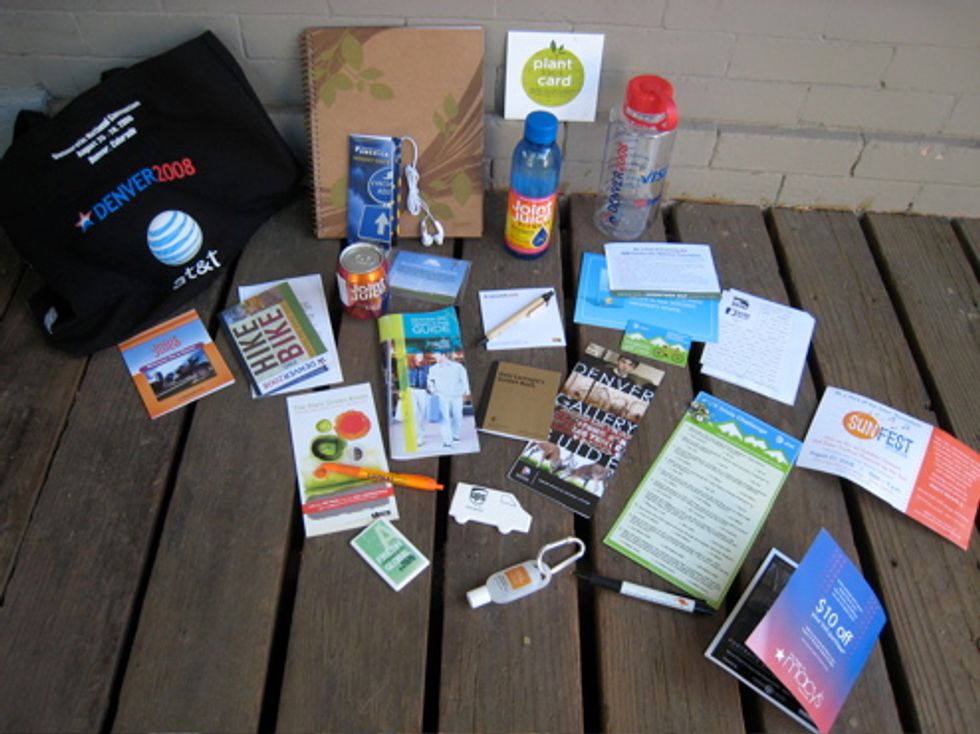 What's inside the great bag of stuff given to America's Media (plus the foreigners) at the DNC? Let's examine it, together, and wish we were at a fancier event, like the Golden Globes or something.

From left to right: