Do Not Be Brown In Arizona Even If You Are The 96-Year-Old Former Governor, Obviously 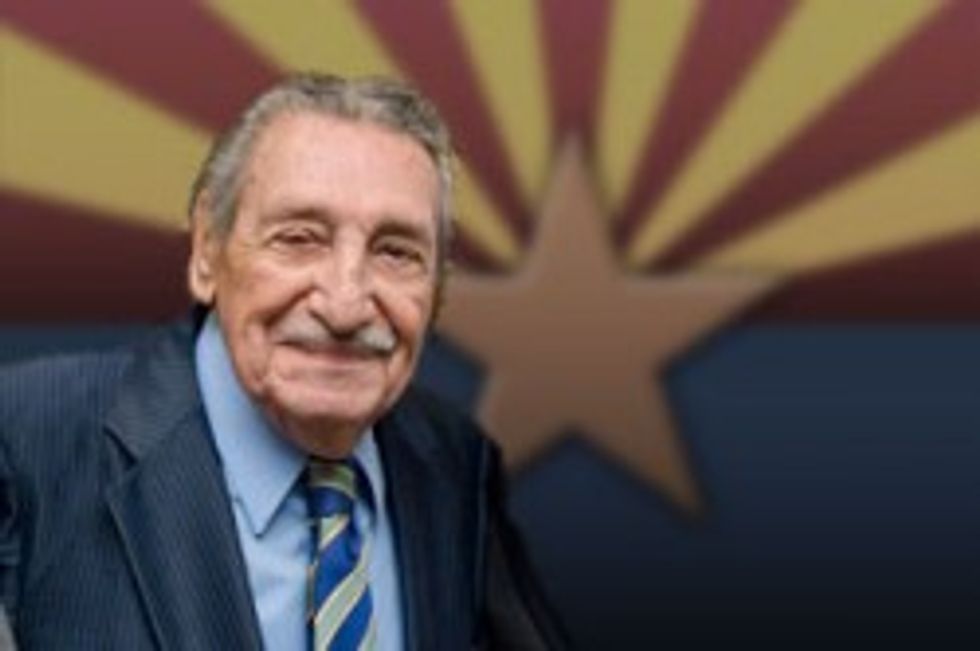 And here is a fine how-de-ye-do, as word slips out of Arizona that Raul Castro, a 96-year-old former governor and ambassador to everywhere and apparently tyrannical dictator of Cuba as well, was detained by the Border Patrol in hundred-degree heat outside Nogales for being a nuclear terrorist.

Oh but he'd had a service done on his pacemaker the day before, and the first thing Border Patrol asked him, when faced with the fact that he'd set off their radiation alerts, was "have you like had a service done on your pacemaker lately, like perhaps the day before?" so it was almost as if they sort of knew that that was a possibility and maybe didn't have to make him sit there in the heat for an hour on the way to his own 96th birthday party? This former Arizona governor and ambassador to Bolivia, Salvador, and Argentina? Who is 96? Sure, yeah, whatever. Dudes: total brown.

Anne Doan, who was driving the governor to his birthday luncheon, wrote in to Nogales International:

We were sent to secondary inspection and were asked to step out of the car. When they asked the governor to stand under the tent, I asked if he could remain seated in the air-conditioned car because it might be too hot for him. The agents said he could not and that they had a fan under the tent.

I explained to the agent he had undergone a medical treatment the previous day and it must be the solution that set off their system. They said he had to stay under the tent, in 100-degree hear, while dressed in a suit. They offered him a chair. I felt totally frustrated and I was worried about the governor.

I explained that he was a former governor and ambassador a true statesman and that he was 96 years old and that he shouldn’t have to be going through this. They knew it was the medical procedure that was coming us on their radar.

So we guess Ms. Doan thinks Gov. Castro should get some kind of special treatment and not have to sit under a hot tent for an hour on his way to his 96th birthday lunch, just because he is 96, and has a pacemaker, and is a former governor of the state. Perhaps Ms. Doan simply did not realize the governor has the surname of "Castro," which is Mexican. Maybe she should remember that next time she gets so very het up about a little "papers please" between friends. [NogalesIntl, via Pocho]