Do Not Take Your Newly-Legal And Newly-Expensive Weed Out Of Colorado, Fools 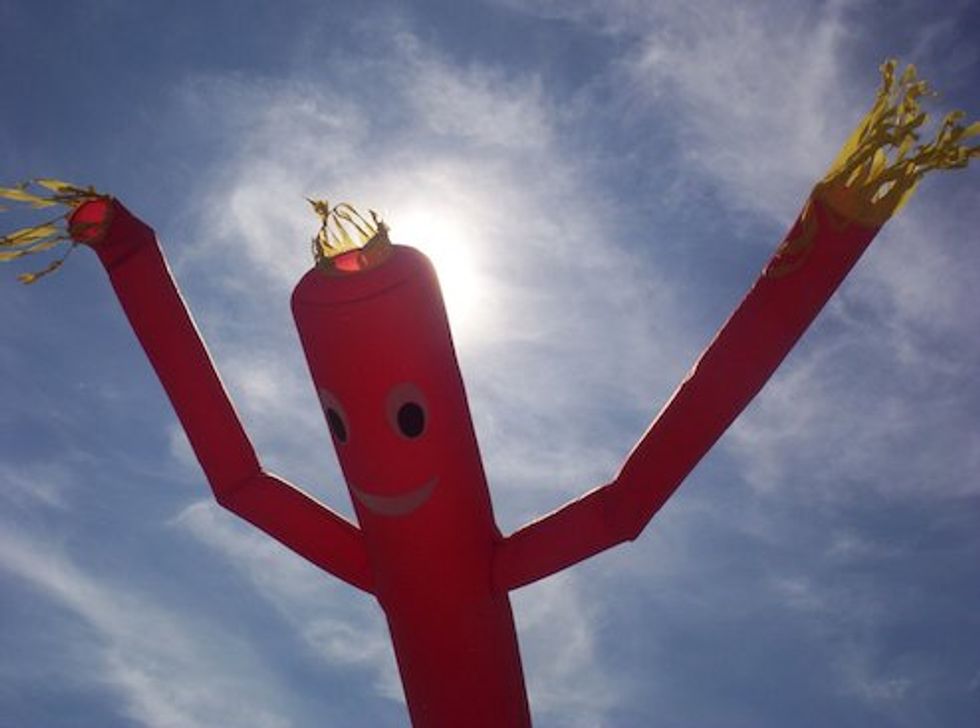 You are probably aware that today is the first day of legal demon weed in Colorado because of how you booked a trip to Colorado months ago because it was well worth it just for the thrill of being able to buy a tiny quarter-ounce bag of weed from a store just like you've always dreamed. And hey! If you were already a denizen of Colorado, you can score a cool ounce at a time. Prepare for some price-gouging, suckers.

Perhaps the only blip in the new industry's roll-out were inflated prices that customers worried could make the drug less affordable for medical users. Colorado has not established a statewide pricing structure, the AP reports, and midafternoon Wednesday at least one dispensary was charging $70 for one-eighth of an ounce of high-quality marijuana. The day before, medical marijuana patients paid as little as $25 for the same amount.

Also, you now get to wait in line, like the burned-out sheeple you are, forever and ever and then maybe probably you still won't get any weed the first few days.

The dispensary will close at 7 p.m. MT, but Andrews said he may have to start turning people away at 4 p.m. The line had gone out the front door, down the street and around the corner by 2 p.m. MT, when more than 400 people had made purchases. [...]

The atmosphere at the dispensaries was clearly celebratory and cheerful. For example, about 10 miles outside of downtown, one man said he had waited in the snow since 2:30 a.m. for the Medicine Man dispensary to open at 8 a.m.

We are loving the looming spectre of a price war complete with those large inflatable Gumby-looking things enticing you to a nearby store.

We're also hoping that dispensaries take it upon themselves to make their own television commercials to get you in the door, and with any luck some licensed weed dealer will have the can-do attitude and showmanship of Crazy Eddie.

Maybe someone will take a page from this counterintuitive Village Voice thinkpiece and market their weed as low-potency ditchweed because buying that is more retro authentic hipster lo-fi cool.

One last note, potheads: Wyoming would like you to remember that you should NOT stash your weed in your car or your pocket or your ass for later, on account of how it is still illegal there, knucklehead.

DO NOT BRING YOUR COLORADO PURCHASED MARIJUANA INTO WYOMING

Cheyenne – The new law that went into effect January 1st in the State of Colorado making possession of marijuana legal to sell and possess in that State has generated many questions to our office from the media.

The Wyoming Highway Patrol has no plans to increase patrols on highways near the state line to look for those transporting marijuana into the State from Colorado. It will be business as usual for the Troopers who always are on alert for any criminal activity.

The bottom line, any amount of marijuana in either dried or in plant form in the State of Wyoming is illegal to possess.

You've been warned, stoners. Not that you'll remember.