Do You Hate Obama For Using Teleprompters, Too? 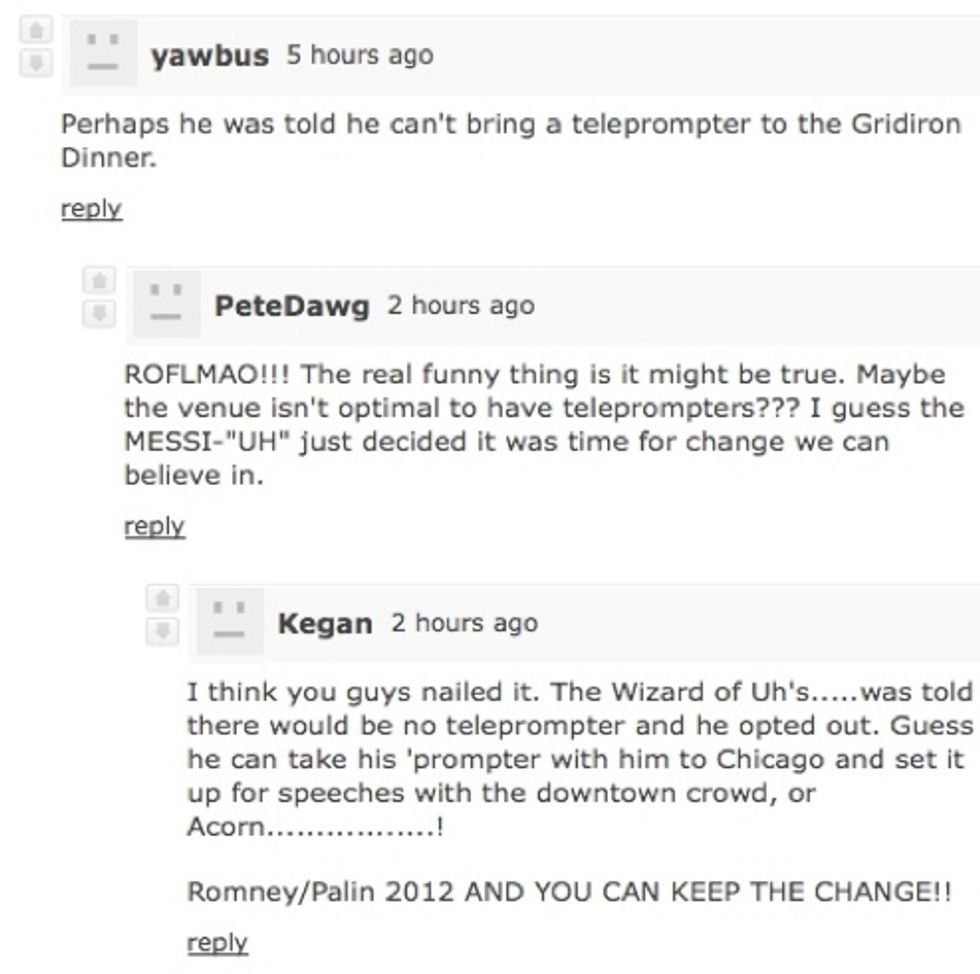 As some of you pointed out, thecomments thread on that Fishbowl DC post we just linked to has some the best punditry we've seen the election. At least 75% of them make some scathing reference to the fact that Barack Obama uses teleprompters to deliver prepared speeches, like all Presidents and leaders and speakers have done since the invention of teleprompters and before that, when they read speeches from paper. There is literally no way that someone using a teleprompter to deliver a speech can be construed as controversial. Ha. But did you also know that pretty boy over there in the White House also wears "shoes" on his feet, like a retarded pussy? CAN'T HANDLE THE TERRAIN ON YOUR BARE FEET, HUSSEIN? [FishbowlDC]