Doctor Testifies Homeless Man Kelly Thomas Killed By Meth, Not All That Beating By Police 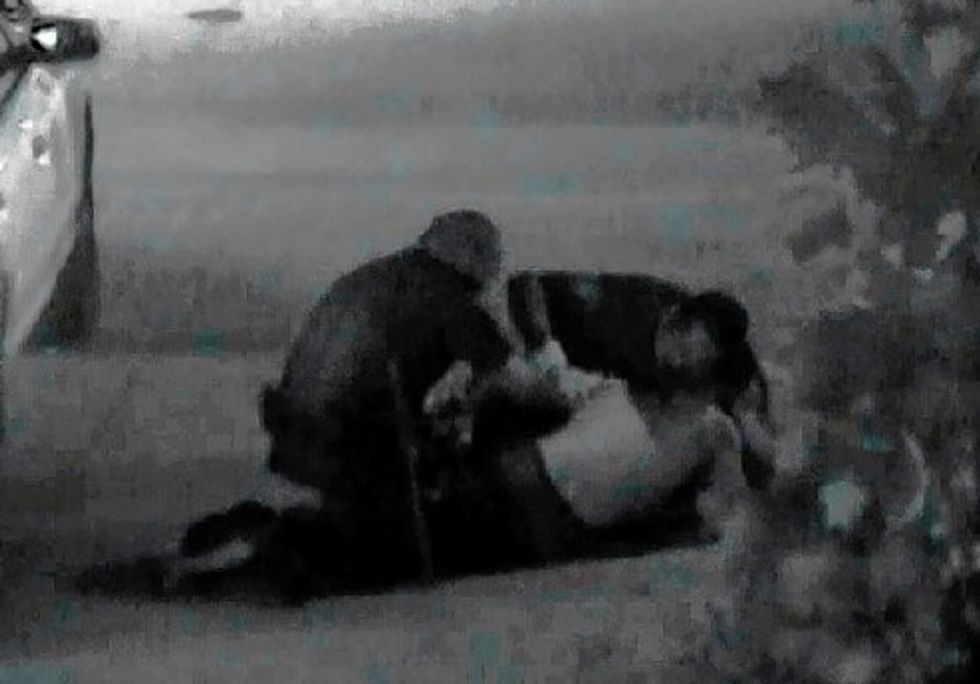 In Fullerton, California, a forensic pathologist testified that a homeless man didn't die from being beaten and tasered in 2011. Nah, that was just what was going on at the time whenhis heart happened to fail because he was a meth addict:

"He could have died sitting in a closet by himself," Karch said.

Except he wasn't sitting in a closet (why a closet, for chrissakes?), he was being beaten by cops, which was just one of those whatchacall coincidences. Talk about unfortunate timing for the poor innocent Fullerton cops.

In a rare prosecution of police officers in Orange County, the cops who beat Thomas, Manuel Ramos and Jay Cicinelli (who are no longer with the Fullerton PD), are charged with involuntary manslaughter; Ramos also faces second-degree murder charges, while Cicinelli is charged with using excessive force.

Thomas was comatose when admitted to the UC Irvine hospital, and died five days later. The official coroner's report found that the police beating caused Thomas' death, specifically concluding that he died of oxygen deprivation to the brain after multiple injuries to the face and chest compressions that left him unable to breathe. A trauma surgeon also testified that oxygen deprivation to the brain caused Thomas' death. Nahh, said Karch, what happened was that Thomas had some kind of meth flashback and he flipped out, attacking the cops, and then his ticker went bad at just the wrong time:

Karch wouldn't say whether Thomas' fight with police on July 5, 2011, caused his heart to fail but said it could be a possibility.

"I would suspect that the added stress of this fight or physical altercation would make it worse," Karch said.

"So you're not saying he was destined to die on that particular day and the police just happened to be there?" [District Attorney Tony] Rackauckas said.

"Only God can say that," Karch said.

Toxicology reports showed no drugs in Thomas's system when he died, but even though he was no longer using meth, Karch said, his past drug use could have caused a psychotic episode and heart failure, probably, sure why not?

Thomas, he said, appeared to have had a psychotic episode the night he clashed with police, because only someone with "some kind of mental malfunction" would take on six police officers.

The strength it would take to fight with half a dozen police officers would normally be difficult to gather, but would be easy under a meth-induced psychotic episode, he said.

"He had a psychotic episode and it certainly didn't make the situation better," Karch said. "Was it the cause of death? I don't know."

Karch did acknowledge that he's being paid $750 an hour by the defense. A man has to make a living, you know?

The beating was captured on video by a nearby surveillance camera; the trial has turned on radically different interpretations of what the video shows. Prosecutors say it shows Thomas being assaulted by multiple officers, while the defense insists it shows a completely out-of-control Thomas needing to be forcibly restrained. Here's a link to the video, but it's not something you want to watch if you're easily nauseated. Yr Doktor Zoom is a PhD in English, not a medical Doktor, but we're pretty sure we see a bewildered guy getting the crap beaten out of him while trying to comply with a confusing series of demands and still breathe -- and much of the beating happens behind a tree, of course, so the six strong cops can claim "reasonable doubt," right? Especially maddening: the sight of a guy moaning for help -- and calling out for his father -- while covered with seventy kilotons of cops, who keep telling him to lie on his stomach.

Lesson: Meth can cause heart problems that can crop up at inconvenient times.